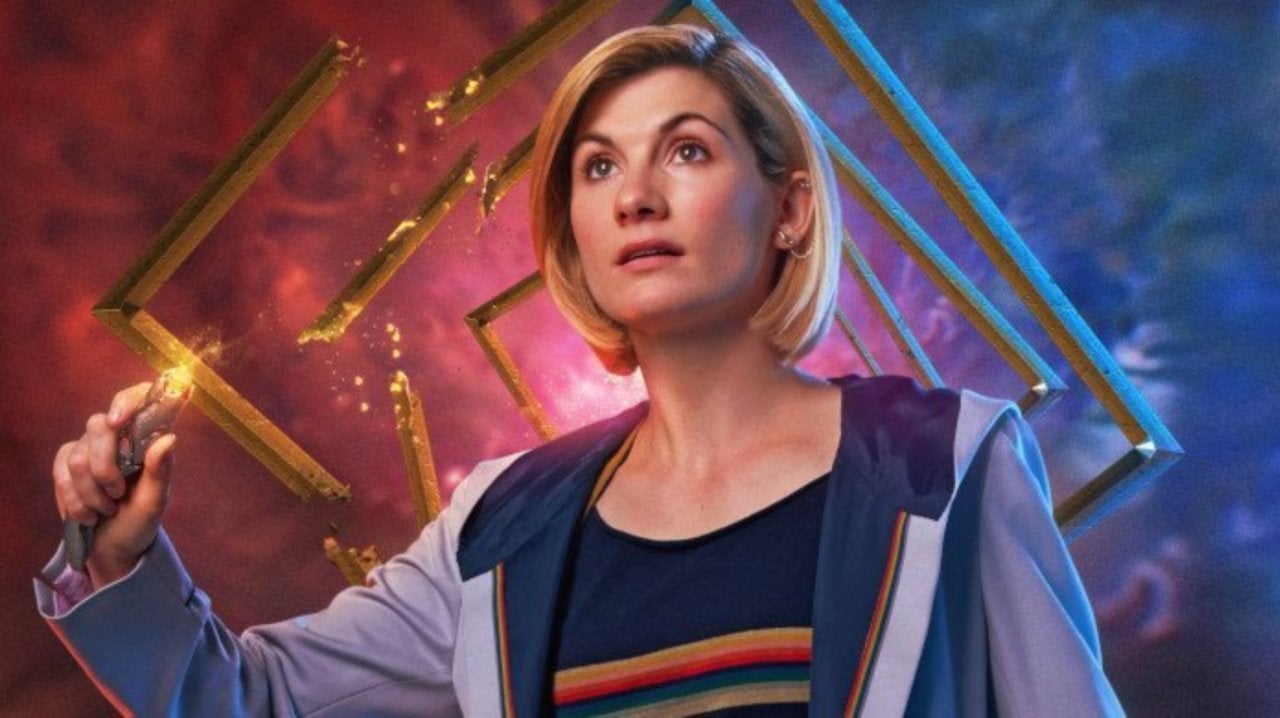 Change has long been a constant of Doctor Who, and series 13 is no different. This time around, the changes have largely been rung in by the impact of the Covid-19 pandemic. The virus has concertinaed the Doctor’s next arc, shrinking the new series down from a planned eleven episodes to eight. It’s also recently infected brand new companion John Bishop, who has been filming on the series since November (best wishes for a speedy recovery).

From companions to rumoured returning monsters, writers, directors and Jodie Whittaker’s possible departure, here’s what we might expect from series 13…

Following Ryan and Graham’s decision to jump ship in ‘Revolution of the Daleks’, it was announced that comedian and actor John Bishop is taking their place in the TARDIS next series as new character Dan. The news came in a 30-second teaser that opened on the Liverpool waterfront before showing Bishop packing up a transit van and being read aloud his horoscope by a builder colleague. Apparently Dan has surprises in store, the colour blue and the letter D are both significant, and his lucky number’s 13… That all figures.

After the announcement went out on January 1st, Bishop Tweeted that he’d already been filming for the last few months with Jodie Whittaker and Mandip Gill, and showed off a Thirteenth Doctor figure it looked like he’d been given for Christmas. Two days earlier, Bishop had shared the news that he had tested positive for Covid-19 and suffering from the worst illness he’d ever had. We wish him and his family a speedy recovery.

On the 3rd of January 2021, the Mirror newspaper reported a rumour that the Thirteenth Doctor was set to regenerate at the end of series 13, when a Fourteenth Doctor’s introduction scenes would air. “It is known on set that Jodie is leaving and they are gearing up for a regeneration,” went the report, sourced from an anonymous insider. The BBC has declined to confirm or deny the rumour, sparking many to believe that it’s likely to be the case. In short: it’s not confirmed either way, but as soon as there’s solid news, we’ll pass it on. No Doctor lasts forever of course, so let the wish list casting suggestions for Fourteen commence…

On the 12th of November 2020, the BBC announced that filming had begun on series 13, two months later than scheduled due to the Covid-19 lockdown. The newly introduced safety protocols to protect crew and cast from the virus had significantly slowed down production to the point that only eight of the planned 11 episodes would be possible within the series 13 time frame. Whether that eight includes another festive special is to be confirmed.

The production team is confident that series 13 will start in 2021 and the January 1st John Bishop casting news was accompanied by the promise that the new episodes would air “later this year.”  The usual 10-month filming schedule would take production all the way to August 2021, which means we’re unlikely to see series 13 debut before late autumn/winter.

In addition to showrunner Chris Chibnall, it’s rumoured that Maxine Alderton, the writer of acclaimed series 12 episode ‘The Haunting of Villa Diodati’, will be back for series 13, alongside Ed Hime, who wrote ‘It Takes You Away’ and ‘Orphan 55’.

Also reported to be returning for the new series are ‘Spyfall’ and ‘The Timeless Children’ director Jamie Magnus Stone, with another unconfirmed rumour suggesting that new director Azhur Saleem may be joining the series. The BBC is yet to confirm any of these names.

Is the Doctor still wanted by the Judoon?

Presumably yes. Captain Jack didn’t exactly get her out of high-security space prison using legitimate means, so her sentence for 7,000 crimes and counting must still stand. The Doctor became a target for the Judoon who were hunting for fugitive Ruth Clayton (a previous incarnation of the Doctor that had been wiped from Thirteen’s memory). Martin had absconded from the Division (the secret Gallifreyan organisation that used the Doctor as an agent to intervene in matters of time and space) and was in hiding, hence the Judoon’s search to bring her in. When Thirteen told the Judoon that she was also the Doctor, they arrested her in Ruth’s place.

The mystery of the Timeless Child

So the Doctor asked Ryan in New Year special ‘Revolution of the Daleks’. His reply could point us in series 13’s direction: “When we’re done with this Dalek problem, you find out about your own life. Confront the new, or the old, and then everything will be alright.” It could be that series 13’s arc will see the Doctor searching for answers about her non-Gallifreyan origins, and the ongoing mystery of where home really is for her. Part of that will no doubt include finding out more about the work she did for the Division, and the other erased versions of her lives that were hidden from her, which leads us to…

With a story that’s very much unfinished, it’s very likely that series 13 will see the return of Jo Martin’s Doctor. Who else might also be back from the past? It’s worth noting that Chris Noth’s unscrupulous businessman Jack Robertson somehow managed to survive the Daleks this New Year, so don’t count him out. Sacha Dhawan’s Master too, may well have escaped the Death Particle on Gallifrey, and would obviously be a vital part of any story delving into the Doctor’s origins.

Is it too soon for the cameo return of Ryan and/or Graham? Most probably yes. John Barrowman too, has told fans not to expect him in series 13.

Chris Chibnall confirmed to the Radio Times that more classic monsters are on their way back to Doctor Who for series 13, and [set spoilers ahead] fans have spotted the Sontarans and the Weeping Angels out and about on set.

As soon as there are solid announcements, we’ll let you know.