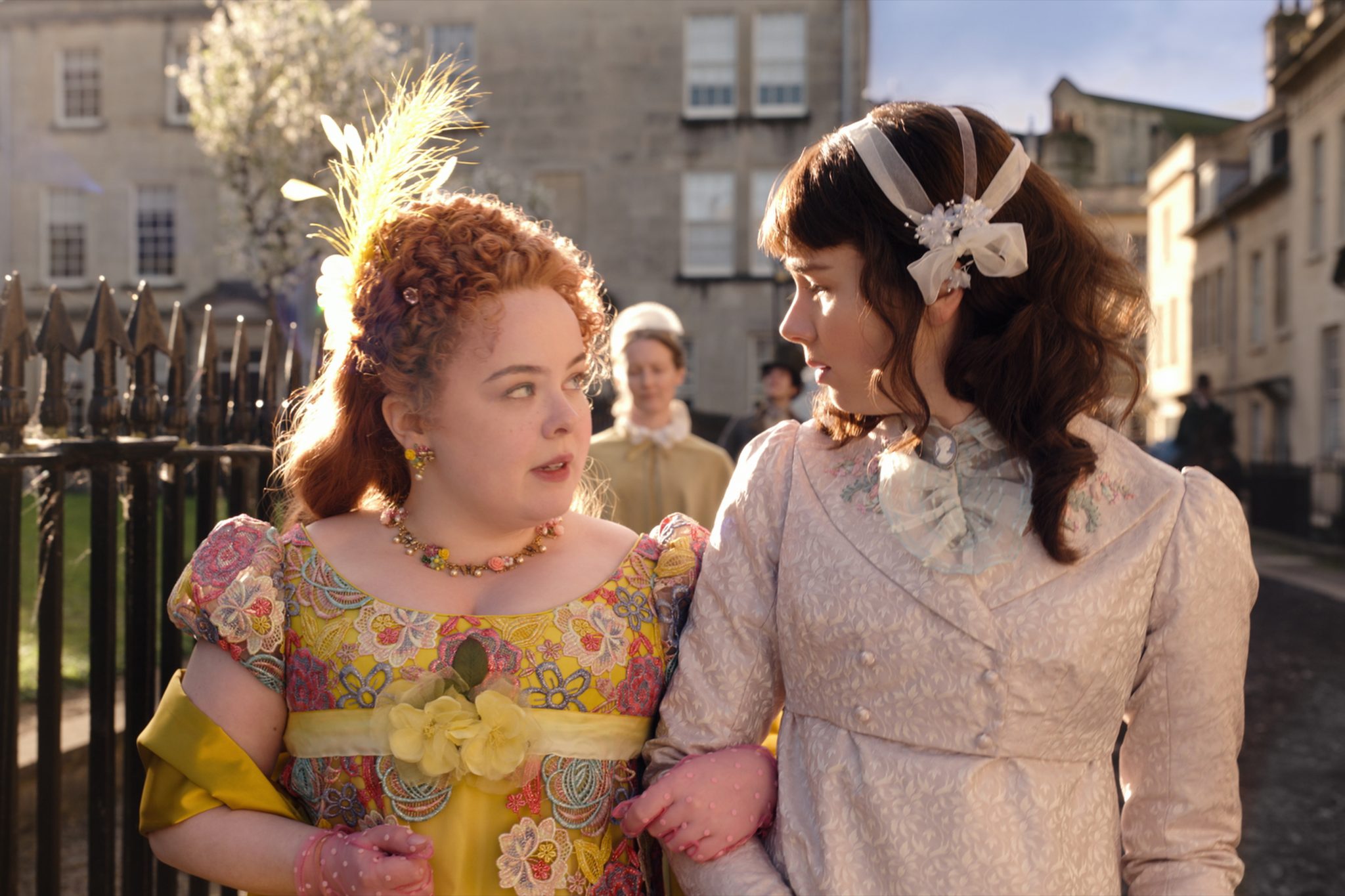 This Bridgerton article contains major spoilers for Season 1, as well as concealed references to the books.

Bridgerton, the first TV series from Netflix’s collaboration with Shonda Rhimes’ production company, debuted on Christmas Day to viewers hungry for a romantic distraction from the ongoing pandemic. The recent announcement of renewal for a Season 2 comes as no surprise as rumors were already swirling. Although showrunner Chris Van Dusen has received praise from critics and fans alike for diversified casting and a storyline filled with drama, some noticed a few glaring issues that detracted from the enjoyment of the story. Here’s some of the areas where improvement could result in more viewers and even may win back viewers who weren’t able to finish the series initially.

Many Black viewers noticed that the major speaking roles during the season went to actors with lighter skin tones and darker-skinned actors had either minor roles or non-speaking background roles in crowd scenes or as servants. While Bridgerton did not need to provide an explanation for why people of color rose to prominence in their world, one was offered anyway. Many viewers also could not ignore the implications of Simon’s father as a darker skinned man being portrayed as evil. Past Netflix series/movies such as BlackAF, Dear White People, and Self Made have also been criticized for colorist casting. Complicating matters is that the UK industry has a more severe blindspot when it comes to colorism and there are even fewer opportunities for darker-skinned people, especially women to breakthrough in the industry. As Netflix is aiming for a global audience, these issues can’t be ignored by US or UK creatives.

Colorblind casting also comes with the responsibility to ensure that skin tone stereotypes are avoided. Many viewers who did not read the books criticized Marina (Ruby Barker ) for being an example of the “tragic mulatto” trope, even though this was not the original intention of the novels. Her plot is a reflection of a real situation during and after the Napoleonic Wars, where soldiers died and women waiting for their boyfriend to return home for marriage had to raise children by themselves. It’s worth ignoring the objections of book purists to avoid repeating colorist media tropes. Fans should be able to fully separate events that are due to the way of life in Regency-era fiction from events that are designed to hurt Black/POC characters because of conscious or unconscious bias.

There’s some hope for fans in regards to characters who were not introduced yet. An easy way to improve on Season 1 is to cast the main love interest and their family from the second book in the series The Viscount Who Loves Me as darker-skinned Black as well and to take that same consideration in auditions for the other main characters not introduced yet. These new characters can expand representation in a way that still rings true to what has been set up already. Marina’s plot could also be fixed to avoid tropes if a new character was introduced into later events.

Along with increasing color-conscious casting, increasing diversity in the writers room will also help resolve these issues. Black and POC screenwriters can bring their real-life experiences to the table and can review plot lines after casting is complete to avoid reinforcing negative stereotypes white writers would not catch.

Before Season 1 was released on Netflix, I wrote an article about how the show could avoid the Simon and Daphne controversy from The Duke and I. Although Sarah Dollard’s script from Episode 6 did remove the worst parts of the original marital rape scene from the book, the script was still constrained by the book plot glossing over the fact Simon (Regé-Jean Page) was indeed a rape survivor who was motivated by protecting his mental health after past child abuse. In addition, Simon not being able to revoke consent when he wanted to has additional negative connotations given the history of Black men being fetishized, dehumanized, and raped during and after slavery. The rest of the season did incredibly well in making sure that Simon’s plot was grounded in class and gender issues unique to the time but leaving this scene in alienated fans no matter if they read the books or were first-timers.

Quite a few fans on social media expressed disappointment or even went as far as to stop watching to avoid the scene in question. As future books are being adapted, there must be a conscious effort to do more than remove obstacles to consent such as alcohol consumption or communication issues. These plots must show that not only are both characters fully consenting to sex, but that consent can also cease for any reason without resistance or any aggression. Just because past romance fiction has relied on dubious consent related tropes it does not mean that the genre should be continuing to perpetuate these issues in light of the Me Too movement.

Commit To Radically Reformatting the Novel Timeline to Avoid Queerbaiting

Benedict (Luke Thompson) has used his second son status this season to pursue relationships with men as well as strike up friendships with artists outside the Ton. Quite a few fans believed that the season finale hinted that Eloise (Claudia Jessie) and Penelope (Nicola Coughlan) were heading towards a queer relationship. Books 3, 4, and 5 blow giant plot holes into both of these situations as heterosexual love interests are introduced for all three characters. Since Bridgerton’s world is racially inclusive yet homophobic, crafting a happily ever after will be one of the challenges the writers will have to tackle next season. Fans are hoping the series will avoid what previous period dramas have done and ignored LGBTQ representation.

In a best-case scenario, Benedict’s love interest in Book 3 is deleted or reformatted to accept a relationship with a bisexual man. Books 4 and 5 are much harder to reformat to result in a  Penelope and Eloise endgame as some characters already introduced this season have parts to play in those plots and others were not introduced yet. If the screenwriters are willing to put in this work, they can reverse the damage previous dramas such as Sherlock have done as far as setting queer romance fans up then dashing their hopes.

This is a more minor concern compared to some of the other things mentioned earlier, but it is interesting to note that Francesca (Ruby Stokes) returned to London in Episode 7 but managed to miss Daphne’s wedding. The distance between Bath and London is 106 miles which even by Regency travel standards was a realistic distance to cover. Did she not get enough advance notice when Simon and Daphne (Phoebe Dyvenor) received the special license? Was she delayed by weather conditions or did someone detain her in Bath? Her story may not get much focus in next season as events in Book 6 are considerably further down the line but this is a question fans will want an answer to eventually.

There’s nothing wrong with seeing ways in which an already great program has room for improvement and as a result win more viewers. This article is inspired by an informal collection of many social media posts from fans and critics of series alike after watching Bridgerton. Check out some choice examples below…