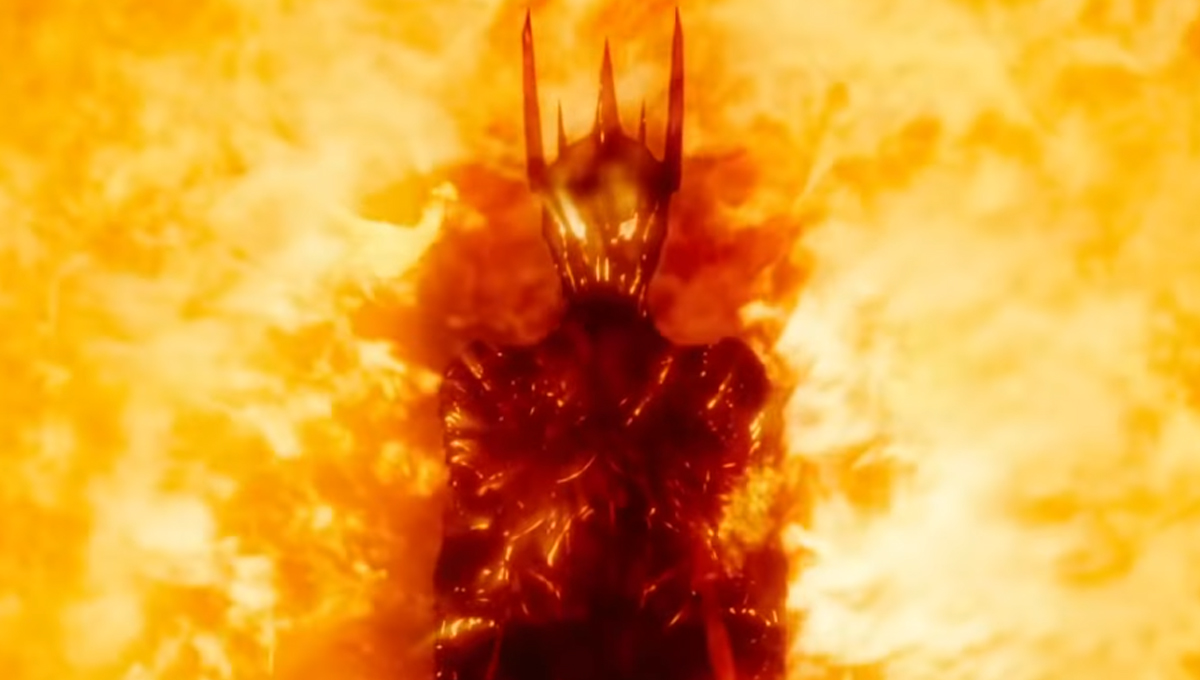 Amazon’s billion-budgeted television series for The Lord of the Rings has clarified things—albeit ever so slightly—with the release of its first official synopsis. While we’ve known for some time that the show will take place during Middle Earth’s Second Age—thousands of years before the story of J.R.R. Tolkien’s The Hobbit and The Lord of the Rings novels or the iconic Peter Jackson-directed films—the description doesn’t exactly narrow things down, seeing as said age lasted for 3,441 years. However, its teasing of an unnamed villain has sparked some intrigue.

The synopsis, arriving via Tolkien fan site TheOneRing.net, affirms the earlier-confirmed idea of the series taking place during the Second Age, a time in which Middle Earth’s political—and geographic—infrastructure was different, starting with the statement, “Amazon Studios’ forthcoming series brings to screens for the very first time the heroic legends of the fabled Second Age of Middle-Earth’s history. This epic drama is set thousands of years before the events of J.R.R. Tolkien’s The Hobbit and The Lord of the Rings, and will take viewers back to an era in which great powers were forged, kingdoms rose to glory and fell to ruin, unlikely heroes were tested, hope hung by the finest of threads, and the greatest villain that ever flowed from Tolkien’s pen threatened to cover all the world in darkness.”

The synopsis continues, “Beginning in a time of relative peace, the series follows an ensemble cast of characters, both familiar and new, as they confront the long-feared re-emergence of evil to Middle-earth. From the darkest depths of the Misty Mountains, to the majestic forests of the elf-capital of Lindon, to the breathtaking island kingdom of Númenor, to the furthest reaches of the map, these kingdoms and characters will carve out legacies that live on long after they are gone.”

Interestingly, the ambiguous phrasing of the “greatest villain” and “the long-feared re-emergence of evil” has yielded a speculative debate over the identity of said character. Yet, there are only two candidates who feasibly fill that spot: Morgoth and Sauron. The former may not have had a presence in Tolkien’s main stories, but he is an integral figure in the elaborate, quasi-Biblical backstory mythology that the author crafted, as depicted in the 1977 posthumously-published chronicle, The Silmarillion. The text reveals that Morgoth—who began life as Melkor, an archangel-esque Valar and one of the earliest creations of deity Eru Ilúvatar—would eventually fall from grace into evil to became the mythology’s equivalent of Lucifer.

Indeed, Tolkien’s main novel appendices and array of non-novel stories—many of which were published posthumously under the editorial stewardship of his recently-passed son, Christopher Tolkien—depict Morgoth (as the character came to be known upon his evil turn,) as the original big bad of Middle Earth. Morgoth waged wars against the races of Elves, Men and Dwarves on an unfathomable scale, using the might of Orc armies and monstrous allies like Balrogs, Dragons, Trolls and Giant Spiders for many millennia until his final defeat and exile into the Great Void, which marked the end of Middle Earths First Age. That would be the last time Morgoth would ever inhabit Middle Earth, although ominous prophecies foretold his return, which never ultimately happened.

Consequently, barring an anachronistic direction from the series, Morgoth has to be eliminated from being the villain of The Lord of the Rings series. That’s where Sauron comes in, since the character—originally called Mairon, a Maia (primordial spirits who serve the Valar)—succumbed to a desire for more power, and was thusly influenced by Morgoth’s evil, serving as one of his lieutenants throughout the malevolent lord’s epoch-spanning wars. However, after Morgoth’s final defeat, Sauron’s subsequent millennia of misdeeds would be—unlike his former master’s adherence to raw power—rooted in deceit. Yet, Tolkien left some of Sauron’s exploits open to interpretation about whether he was even truly evil—at least during certain eras—and there is room for the character to manifest in a nuanced manner on the Amazon series as a Loki of sorts for Second Age Middle Earth.

Yet, while Sauron’s own trickery in Middle Earth spans multiple millennia, his most infamous act was, of course, the ruse that inveigled the leaders of Middle Earth’s races to forge and utilize the Rings of Power, which he secretly controlled with the One Ring; a story that was famously told onscreen with powerfully pithy dialogue from Cate Blanchett’s narrating Galadriel in The Fellowship of the Rings’ prologue. However, said prologue doesn’t reveal that Sauron’s initial entreaty with the Rings came about by way of an insidious, slow-burn plot to befriend the high Elves of Middle Earth while disguised in a fair Elven-like form under the identity of “Annatar” the “Lord of Gifts.” Promising to teach forms of magic that would save the world—in case Morgoth would ever return—Sauron manipulated master Elven craftsman Celebrimbor into forging the secretly-tainted Rings of Power: three for the Elven rulers, seven for the Dwarf lords and nine for the kings of Men—you all know how that ended.

This seems the likely initial storyline for the series, especially since the show’s official Twitter account started early hype for the series by teasing Tolkien’s lines about the Rings of Power. Adding fuel to that notion is the fact that Peter Jackson originally had designs to utilize Sauron in his “Annatar” form for Return of the King’s climactic Battle at the Black Gate. Indeed, as you can see in the image immediately above (from a behind-the-scenes documentary), the original context of the scene—set after Aragorn appears entranced after seeing the Eye of Sauron—was that Sauron had become powerful enough to physically manifest onto the battlefield, first in his old fair form, after which he transforms into the armored figure we saw in the prologue, and starts directly attacking. However, Jackson eventually had to digitally replace Argorn’s opponent with a towering armored troll.

The other viable Sauron story would be the fall of the island kingdom of Númenor, which occurred a few hundred years after the Elves, joined by the Númenoreans, waged a first war against Sauron. After the initial defeat of his armies, Sauron was taken as a hostage to the island kingdom, which was inhabited by a race of long-lived men (of which Aragorn is a descendant). There, Sauron, again under the disguise of a fair form, insidiously ingratiated himself to the corruptible King Ar-Pharazôn, eventually leading to the rise of Morgoth worshippers promised eternal life. This culminated in an attempted invasion of the Undying Lands that angered the Valar, resulting in the island being swallowed by the sea—and Sauron retreating back to Mordor, eventually setting up the culminating War of the Last Alliance, as depicted in the movie prologue.

With all that established, it’s probably safe to conclude that Sauron—presumably depicted as an anthropomorphic character with lines and not as a giant flaming eye—will be a prominent part of Amazon’s The Lord of the Rings series, and might even be portrayed by one of the announced cast members (Maxim Baldry seems like a good candidate). With a backstory mythology as rich as Tolkien’s, there should be plenty of fodder for compelling stories, with stakes high enough to exist independently of the massive literary and cinematic franchise from which they were spun.

Amazon’s The Lord of the Rings television series is set to commence production this month in New Zealand, picking things up from the pilot, which—upon a recent return from last year’s COVID-caused hiatus—was completed by director J.A. Bayona.