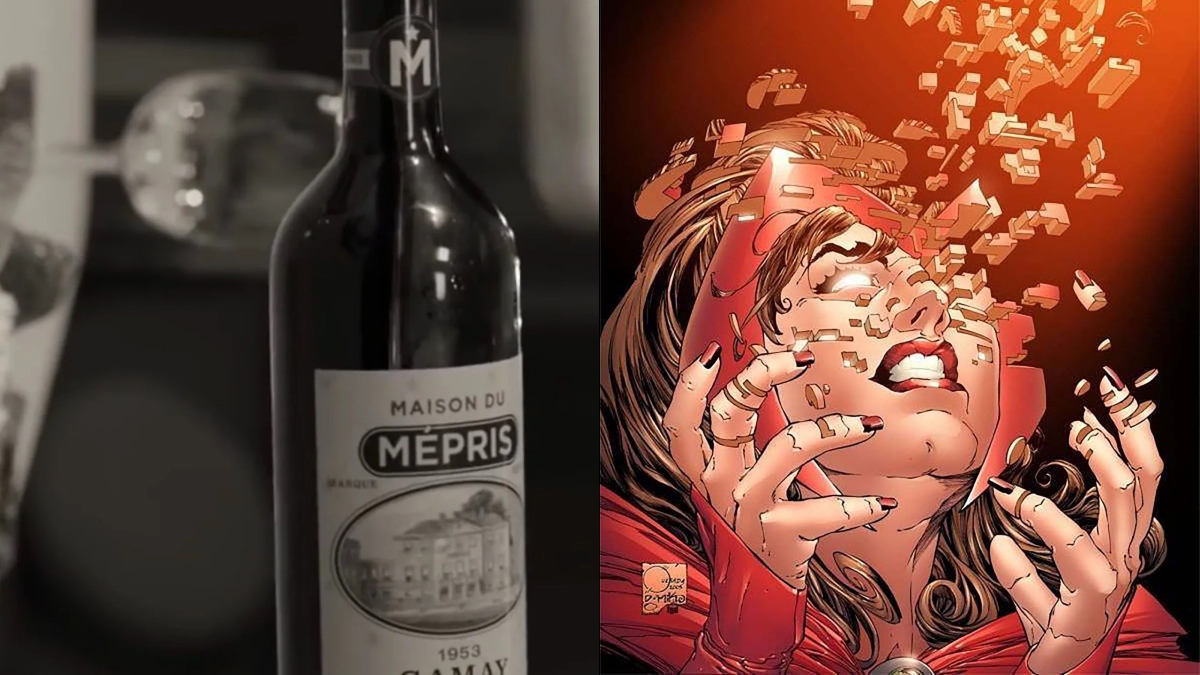 This article contains WandaVision episode 1 spoilers, and potential spoilers for the rest of the series.

With superhero movies – Marvel movies especially – what we know from the comics adds a bit to the experience. It lets us know what to look for and what to expect. Sometimes, the movie uses that against us. Sometimes you get something like Captain America: The Winter Soldier, where comic fans knew the Bucky twist the second the movie was announced.

Other times you get something like Logan, where the source material had you prepared for Wolverine being responsible for the X-Men being dead when the film throws a curveball and reveals it to be Xavier’s doing. Marvel’s swerved fans with the Mandarin and the Skrulls and it got to the point where people were second-guessing if trickster villain Mysterio really was a trickster villain.

So far WandaVision is a suspenseful mystery wrapped up in a warm blanket of wholesome sitcom nostalgia. As the show goes forward, there’s an increasing feel of there being something wrong, but it took a while for that to kick in in the first episode.

Outside of the awkwardness of the toaster commercial, the first time things really started to break down was the dinner, where Vision’s boss Mr. Hart started questioning Wanda and Vision’s relationship while his wife yelled, “Stop it!” which seemed to be a mix of, “Let them finish,” “Stop breaking the illusion,” “Stop forcing us into this illusion,” and, “For the love of God, stop choking.”

As Wanda used her sitcom witch powers to set the table, she poured a bottle of wine called Maison Du Mepris. This is a very clever Easter egg, as it translates to “House of Contempt.” There’s also an M on the neck of the bottle, suggesting we look at the product as, “House of M.” In other words, they’re subtly telling us to look at Wanda Maximoff’s far-from-finest hour from the comics, a story called (you guessed it) House of M.

You see, in the comics, Scarlet Witch’s powers are a bit ill-defined, but the basic idea was that she made the possible more possible. If there’s a chance that, say, Cyclops could misfire, then Wanda could make him misfire. Due to the power creep that comes with characters who have existed for a long enough time and Wanda learning actual magic in addition to her mutant powers, “make the possible more possible” turned into “make even the impossible possible.”

In other words, she could rewrite reality if she so wanted.

Wanda had a tendency to use this irresponsibly due to dealing with trauma. In 2004, Wanda acted out against the Avengers with her reality-altering powers in an event called Avengers: Disassembled, which was writer Brian Michael Bendis putting the classic take of the team to bed so he could restart it as New Avengers later on with his own flavor. While it killed off a handful of Avengers, including Vision, it was a big nothing in terms of its climax and ending.

Watch everything Marvel and more on Disney+, right here!

They followed up on it in 2005 with House of M, also written by Bendis. The New Avengers and the X-Men discussed what to do about Wanda, who was losing more control of her psyche and was possibly too dangerous to live. Afraid of losing his sister, Quicksilver convinced Wanda to rewrite Earth completely and turned it into a paradise for all the superheroes.

Not only were mutants accepted, but they were considered the dominant species. Captain America was never frozen and was enjoying retirement. Spider-Man was a popular movie star. Wolverine was a high-ranking SHIELD agent. Carol Danvers was the most popular non-mutant hero. Hulk found peace living in Australia among the Aborigines. Hawkeye was…alive.

The illusion didn’t hold up in the end, mostly due to Wolverine’s greatest wish being that he had a grasp on his true memories, as well as the help of a little girl named Layla Miller who had the mutant power of awakening the minds of others. Once Layla met enough heroes and made them realize what was what, there was enough of a powerful insurrection available to brawl with the mutants in charge of everything.

During the climax, Wanda became furious at her father Magneto and how his obsession with mutant dominance ruined her life. She not only undid her reality, but she announced, “No more mutants,” and depowered nearly the entire mutant race in the mainstream reality. For a time, there were only less than two hundred mutants on Earth.

That does bring into question what Wanda’s situation will lead to, considering the Marvel Cinematic Universe is presumably going in the opposite direction. They didn’t have mutants at all, but will probably be integrating them soon. Will that be her doing? Will WandaVision have any ties to the future of mutantkind?

One thing that does stick out to me is the “true” end credits. There are plenty of shots of phosphor dots moving around like morphing constructs. This aesthetic is incredibly similar to House of M and how Wanda’s powers look in action. When someone is vaporized or recreated, they’re torn apart like a building made of blocks. It’s no coincidence.

Even though House of M was Wanda’s effort, her brother was the mastermind behind it all. Considering Pietro is dead in the MCU, who could be the higher power? Is it all Wanda? Is it Agnes the neighbor? Having one of the neighbors named Herbert suggests the possibility of the High Evolutionary.