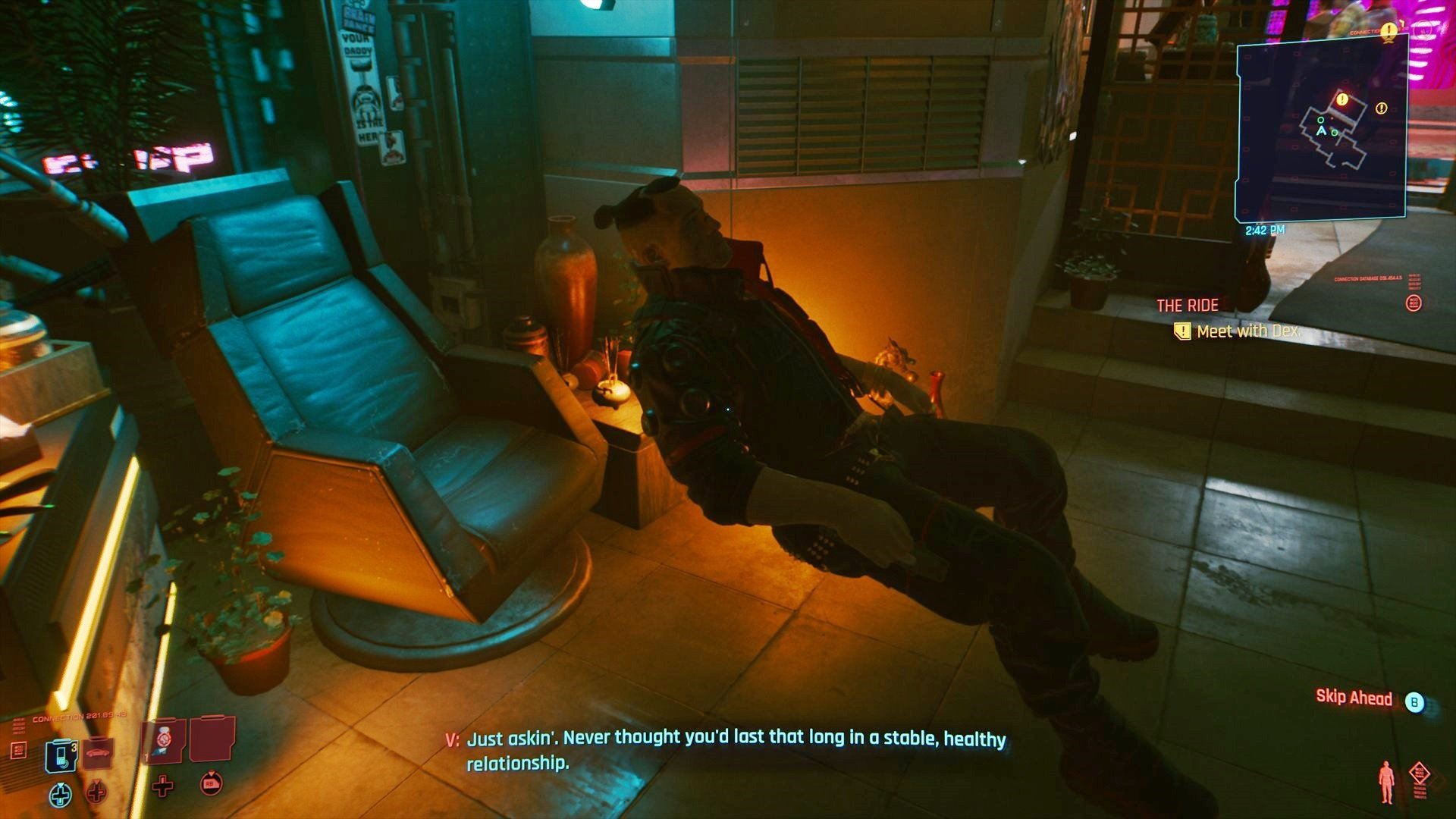 Much has already been written about Cyberpunk 2077‘s successes and failures. Is the game a financial success? Well, according to developer CD Projekt Red, the game sold over 13 million copies in its first two weeks despite being removed from the PlayStation Store, one of the industry’s biggest digital marketplaces. So yes. But has the game also turned out to be a PR and legal nightmare? Undoubtedly.

The buggy state of the game, especially on last-gen consoles, dominated the discussion surrounding Cyberpunk 2077 at launch. So huge was the quality gap between the PC version that CD Projekt showcased in promotional footage and the versions released on the PlayStation 4 and Xbox One that several outlets ultimately judged them separately, with the PC version receiving stellar review scores while the last-gen versions received remarkably low scores for a AAA release.

Compounding the issue was the fact that reviewers were only given access to the PC version ahead of the embargo, and while many outlets mentioned bugs in their reviews, the PC game didn’t really reflect the much more broken state of the last-gen versions. The non-disclosure agreement sent to reviewers also prevented outlets from using their own captured footage for their videos, forcing them to use marketing B-roll provided by the studio instead. Customers were effectively left to discover the bugs on their own after they’d pre-ordered or bought the game at launch.

Some have accused CD Projekt of purposely misleading customers, reviewers, and investors. In fact, two lawsuits have already been filed against the company, which claim that the studio made false statements and misled investors about the state of the game. (For example, two weeks before launch, CD Projekt CEO Adam Kacinski told investors that the game ran “surprisingly well” on last-gen consoles.) On top of all that is the general outcry from fans who feel cheated by a studio that had promised them an incredible experience no matter which platform they played the game on.

If the studio hoped to command the attention of the gaming world with its highly-anticipated follow-up to The Witcher 3, it certainly achieved that. After releasing several hotfixes for the game in an attempt to remedy Cyberpunk 2077‘s most egregious bugs, CD Projekt took things one step further by posting an apology video that sought to explain the days leading up to Cyberpunk 2077‘s controversial launch. (I almost wrote “disastrous launch,” but, again, the game sold 13 million copies in two weeks.)

“Despite good reviews on PC, the console version of Cyberpunk 2077 did not meet the quality standard we wanted to meet,” admitted CD Projekt co-founder Marcin Iwinski in the video. “I, and the entire leadership team, are deeply sorry for this, and this video is me publicly owning up to that.”

Iwinski went on to explain how the studio underestimated its goal of “wanting to make the game look epic on PCs and then adjusting it to consoles — especially old-gens.” He explained that the dev team had to “constantly improve our in-game streaming system for old-gen consoles” once they made changes to the PC version. Ultimately, Iwinski said, the team thought that whatever bugs and issues were left on last-gen platforms could be ironed out in a “final day zero update.”

“We were fighting for quality on old-gen until the very last moment, and every extra day of us working on the day zero update brought visible improvement,” Iwiński said. “This is why we started sending console review keys on the 8th of December [two days before launch], which was later than originally planned.” (Den of Geek only received a PC review code the day before launch.)

Furthermore, Iwinski claimed in the video that “our testing did not show a big part of the issues,” which is hard to believe when you look at the sheer scope of the glitches, some of which go way beyond minor visual or audio bugs. In fact, a report by Bloomberg’s Jason Schreier, who talked to 20 current and former CD Projekt employees, refuted that claim, saying that the studio was aware of the extent of the issues as launch day approached and decided to release the game anyway.

If you haven’t seen the performance issues for yourself, GameSpot compiled quite a few of the game’s bugs in the video below:

Beyond apologies and explanations, the CD Projekt video is also a clear attempt to move the conversation forward. Iwinski closed the video by revealing Cyberpunk 2077‘s 2021 development roadmap, which will kick off a year of updates aimed at turning the game around. Two patches will bring further fixes to the game — the first will be out in late January, with the second patch coming “in the following weeks.” Free DLC originally planned for release soon after launch will now drop after the patches on undisclosed dates. The next-gen console upgrade for PS5and XSX owners will follow in the second half of 2021, although it was also originally scheduled for much earlier than that.

While the video still leaves many questions yet to be answered — none of the updates beyond the first patch even have proper roll out dates, for example — one of the biggest ones is whether these future patches and updates will really be enough to put fans back in the studio’s corner. Could the next-gen upgrade spark a No Man’s Sky-level second life for Cyberpunk 2077, bringing back players who dropped the last-gen version?

It’s also impossible to know what kind of monetary hit the game has taken from refunds requested by angry Xbox and PlayStation owners. But on the surface, it may seem that many fans have already abandoned the title, even on Twitch, where only about 3,000 viewers are still watching streamers play the game as of this writing.

Yet, the game still has its fans, including some of Den of Geek’s own writers, who named the title one of the best of 2020 (I disagree with them). And there are those on the internet who are already anxiously digging through the game to see what might be next in terms of DLC. Recently, a dataminer uncovered references to Cyberpunk 2077‘s upcoming multiplayer component in the game’s code, including mentions of Deathmatch and a Heists mode, as well as player classes, lobbies, and more.

There’s no doubt that a shiny new multiplayer mode will bring some players back to Night City, although the studio also plans to use the mode to usher in microtransactions, which could lead to more controversies for the studio down the line. While gamers as a whole are hardly as anti-microtransaction as some claim the community to be — AAA games that push in-game purchases continue to fly off shelves after all — a monetization fiasco is hardly something CD Projekt will want to deal with once the work to fix the single-player component is finished. After the game’s botched launch from a publicity and performance standpoint, CD Projekt will have to be extra careful about the future of Cyberpunk 2077.

“Like always, expect us treating your money with respect,” CD Projekt said back in September 2020 regarding the game’s future microtransactions rollout. The studio’s fans, still enamored with The Witcher 3, the company’s outwardly consumer-friendly attitude, and Keanu Reeves, had fewer reasons to doubt that promise then. But this was just a few weeks before Bloomberg reported that the studio had implemented a crunch period of mandatory 6-day work weeks despite previously promising not to do so. CD Projekt’s image with the public and its investors has only deteriorated further since then.

In the eyes of many, the CD Projekt that published that apology video last week is a far more unreliable company than it was a year ago. Regardless of whether or not you believe Iwinski skewed further away from the truth by claiming CD Projekt wasn’t aware of all the bugs in the game ahead of launch, the co-founder certainly painted a picture of a studio that is far more timid about committing to anything, such as rollout dates (or even release windows) for its 2021 roadmap or concrete details about the DLC and multiplayer mode it already promised its fans. Just how long are fans willing to wait for CD Projekt to make good on what vague promises it has made for the future?

At the end of the day, CD Projekt’s situation is not without precedent. No Man’s Sky‘s Hello Games suffered a similar fall from grace in 2016 after failing to make good on its more ambitious promises to fans, while Square Enix had to reboot Final Fantasy XIV after the MMORPG’s disastrous launch in 2010. Both games have since made well-received comebacks. CD Projekt could turn things around too, and even regain the trust of its fans and investors, but Cyberpunk 2077‘s controversial launch also means it will be a long time before the company’s leadership can really say with any certainty that it will treat your money with respect. In fact, it may take even longer than Cyberpunk 2077‘s roadmap.