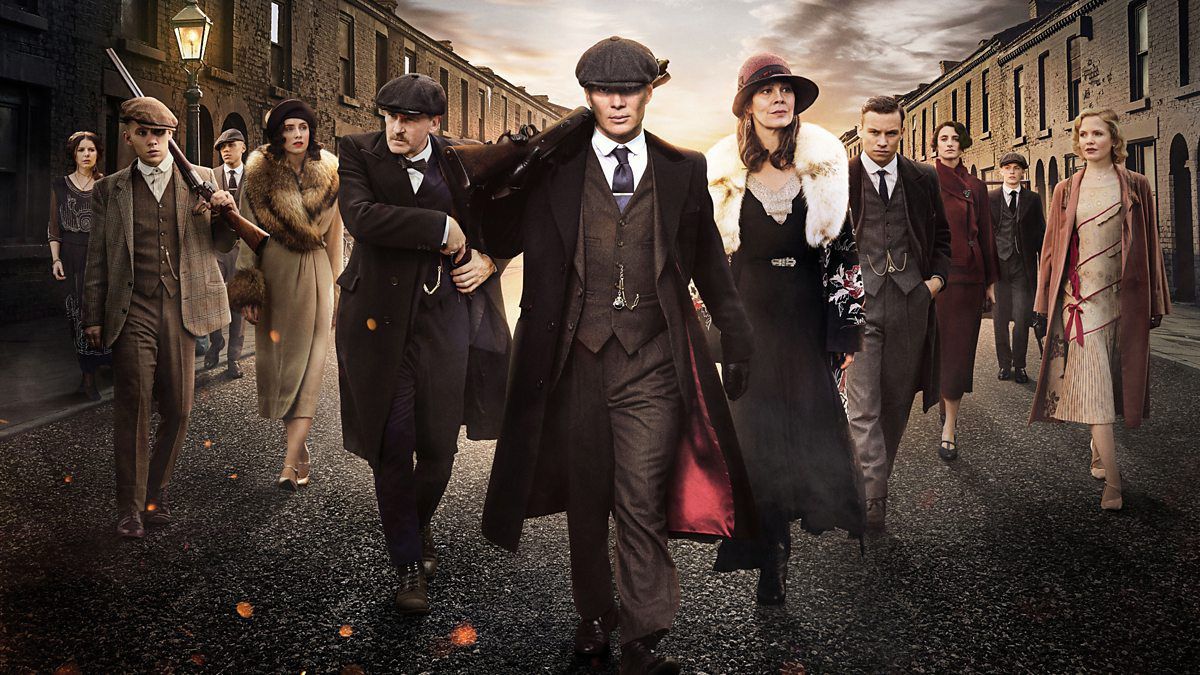 ‘The city is a character in its own right’. ‘This cast gets on so well, we’re like a family!’ ‘I never read reviews, we made this for the fans.’

Of all the clichés uttered on the promotional circuit, the one most likely to sink the stomach is being told that a hot new series ‘is really a 10-hour movie.’ As a phrase, it’s so derided by now the real wonder is that anybody continues to say it (and yet they do. Perhaps they’re telling the truth about not reading their own press).

As explained neatly here by Vulture’s Kathryn VanArendonk, it’s a frustrating thing to hear because it does TV a disservice, equating value only with the novelistic or cinematic and snobbishly assuming that for TV to be truly worthwhile, it has to be something other than television. TV episodes, it supposes, must all be 42-minute ugly ducklings wishing they could turn into beautiful big-screen swans. It’s an insult to the format, galling to those who champion episodic storytelling, and, in one or two cases, absolutely spot on.

Some TV shows fetishize cinema to such an extent it’s clear that their heart lies at a John Ford retrospective and not in a season 1-4 DVD boxset. Television is the pal they’ve taken to prom while gazing over its head at their first choice of date: cinema.

UK crime drama Peaky Blinders grew into a global obsession thanks to its TV format. The scope provided by thirty-plus hours of storytelling let it develop characters that people adore. When it landed on Netflix, its reach extended beyond all expectation. It hit a word-of-mouth high around season three, by which point new fans had 18 episodes in which to get sucked in to the rarefied world of the Shelby family in 1920s Birmingham.

This week, Peaky Blinders’ producers announced that instead of the planned seventh and final season, it would end after season six, the filming of which has just resumed after a 10-month delay due to Covid-19. Speaking to Deadline, creator Steven Knight announced his intention to replace the mooted season seven with a film. “Covid changed our plans. But I can say that my plan from the beginning was to end Peaky with a movie. That is what is going to happen.”

Since the very start, Peaky Blinders has been a cinema obsessive, telling its real-life stories from its creator’s Birmingham childhood with larger-than-life Hollywood glamour. Its directors and design teams have repeatedly referenced The Godfather, designing sets and lighting in homage. Road to Perdition and countless others have been visually quoted.

In 2019, uber-producer Caryn Mandabach told Den of Geek that each season was based on a different movie genre. Peaky Blinders‘ opening scene announces it as a Western, which develops in later seasons into a Hitchcockian suspense drama, a gangster flick, and a political conspiracy thriller.

The movies may feel like Peaky Blinders’ spiritual home then, but this is more a question of its physical one. The show’s increased pull in season five inspired the BBC to graduate it from the midweek BBC Two schedule to the prestige Sunday night drama slot on BBC One. As it grew around the world, the BBC remained its base. At press events, cast and creators were always careful to note their gratitude to the channel that first took a risk on their ambitious drama with the unfathomable name.

For years, there’s been talk of a Peaky Blinders film, stage musical, and even ballet. While the latter two would be reprisals of a tale already told – extras for enthusiasts willing to pay for more time with the Shelby family – the film is described as a continuation of the TV story, the final chapter.

It’s clear why a film would make an attractive option. The increased costs of filming during the Covid-19 pandemic, and continued strain on underfunded BBC budgets, may mean that a seventh TV season simply isn’t affordable now. Add in the fact that a cast led by Cillian Murphy (Dunkirk, Inception), and including Tom Hardy (Mad Max: Fury Road, The Dark Knight Rises) and woman-of-the-hour Anya Taylor-Joy (The Queen’s Gambit, Emma) always has somewhere else to be. The time requirement of one feature would surely be less than that of six one-hour episodes, freeing the show’s in-demand actors and creators up for other projects.

The series already has a licensed video game, festival, merchandise and clothing line. It’s a diversified portfolio that takes understandable advantage of a hot property made – as Mandabach often stresses – on a considerably smaller budget than you might expect. Remarkably, given how expensive it looks, an episode of Peaky Blinders is reported to cost somewhere in the area of $1.5 million. A season’s worth of BBC cash would add up to only a comparatively tiny film budget, which is presumably where Netflix would come in.

Would a Peaky Blinders film make its debut, then, as every other series has, on the BBC and iPlayer, or might this instalment in Tommy Shelby’s story be a Netflix exclusive? When Deadwood: The Movie arrived in 2019, it was released on subscription services HBO Max and Sky Atlantic. That same year, the Downton Abbey film had a successful theatrical release and is still only available to rent or buy on DVD and streaming services. If the Peaky film takes the same approach and goes subscription-only in the UK, there’s a risk license-fee paying BBC viewers awaiting the final chapter in a much-loved story could end up neglected.