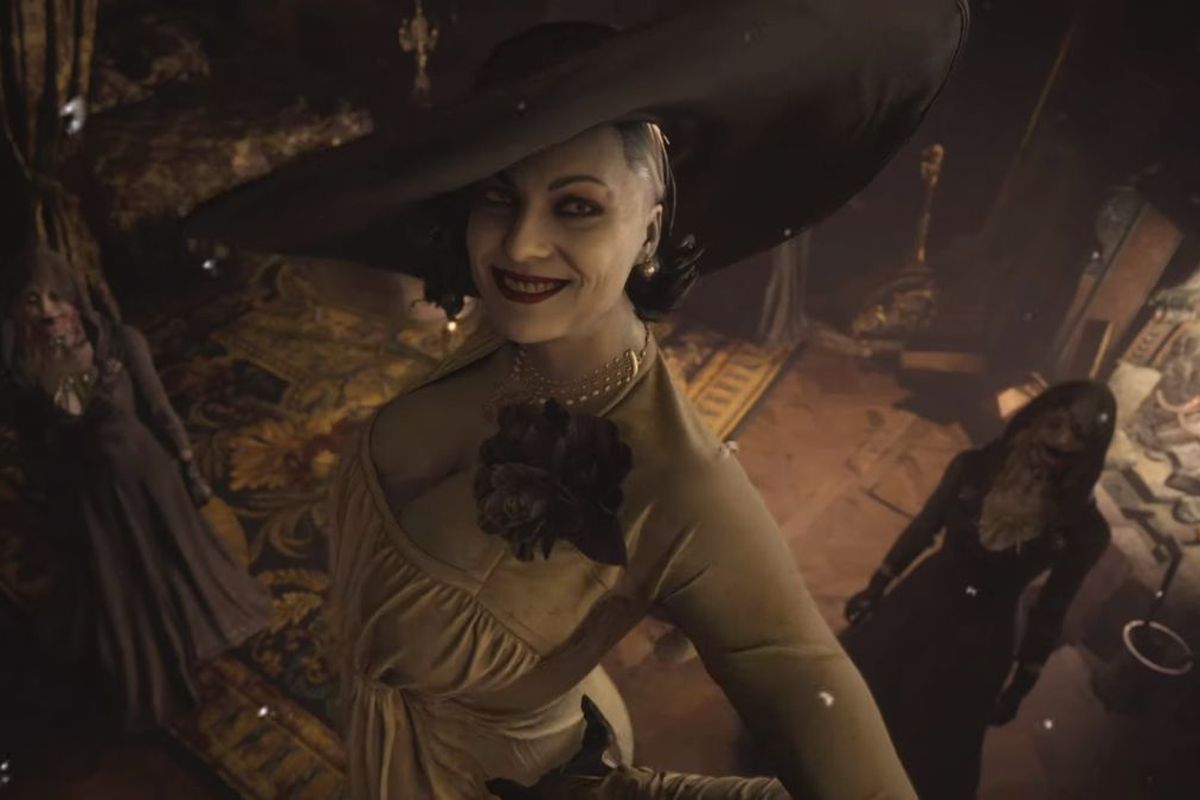 When Resident Evil Village releases later this year, it’ll have the tough job of following up one of the best survival horror games released in the last decade: Resident Evil 7. While clearly inspired by innovative classics that came before like Amnesia, Outlast, and Hideo Kojima’s P.T. demo, Capcom did its own thing with its first-person horror thriller, introducing fans to a gruesome new bioweapon and new protagonist Ethan, a character very unlike the gun-toting STARS and Umbrella agents from the franchise’s past. The result was a hell of a ride full of scares, dismemberments, and more than a few twists, as its surprise tale of espionage and coverups unfolded in the final act.

Capcom’s sequel to Ethan’s story picks up after the events at the Baker estate. Based on the trailers released so far, when Resident Evil Village begins, Ethan and Mia have been reunited and are living in relative peace until Chris Redfield shows up and turns Ethan’s life upside down once again. Suddenly, Ethan finds himself in the game’s titular village, which looks very similar to the one infested by the Las Plagas parasite in Resident Evil 4. But this village doesn’t seem to be populated by mind-controlled Ganados or hungry zombies. Instead, Resident Evil Village will introduce werewolves and, more intriguingly, vampires to the Resident Evil universe.

In fact, the franchise’s first vampiric character has already caused quite the stir on Twitter. Revealed in a brief teaser promoting today’s Resident Evil Village digital showcase at 5 pm ET, the new character is an incredibly tall woman in a fancy hat who towers above Ethan and her much more grotesque vampiric minions. In just a matter of days the “Vampire Lady” or “Tall Lady,” who remains nameless at the moment, became an obsession for the Resident Evil community. Fan art and memes quickly followed:

While little is known about the character — it’s easy to speculate that she’s one of the boss villains you’ll encounter in the game — it’s not all that surprising that “Tall Vampire Lady” has stolen the show from more legacy characters like Chris Redfield or even the aforementioned werewolf. When she arrives in the game, Vampire Lady will be the first enemy of her kind in the Resident Evil franchise, which has largely dabbled in zombies, viruses, and the threat of bioweapons up until this point. But with Village, Capcom is clearly looking to folklore and the classic monsters we normally associate with horror.

It’s not the first time Capcom has experimented with classic horror monsters, either. The studio famously tried to incorporate a recurring ghost-like enemy known as the Hook Man in Resident Evil 4 before eventually pulling him from the final product. Village, which, again, resembles Resi 4 in terms of its setting, could be a way for Capcom to revisit more traditional horror concepts. And if the point of main Resi sequels going forward is for each new installment to stand apart in some way from the others — Resident Evil 7 introduced a first-person perspective to the series, for example — then including vampires and werewolves in Village is an interesting way to do it.

The game that inspired the Resident Evil series, Capcom’s Sweet Home, featured zombies, ghosts, and killer dolls (another classic monster), but in much more overt and campy ways. Is Village really going to establish that vampires have been running around all along and have simply stayed away from all of the zombie shenanigans this long?

Like Mr. X, Nemesis, Albert Wesker, and Eveline before her, Vampire Lady could very well be the result of experiments with a new bioweapon Ethan and Chris need to shut down before the world is covered in bloodsuckers and savage wolfmen. No matter how outlandish the creature — and Resi has featured plenty of them — the franchise has always found a way to tie its origin back to some sort of unethical scientific experiment.

In Resident Evil 7, The Connections takes the place of Umbrella as the evil organization behind all of the terrible events in the game. (Meanwhile, a new Umbrella, known as “Blue Umbrella,” is ironically leading the charge against bioweapons research.) It’s very possible The Connections has a new plan to turn people into bio-engineered vampires and werewolves.

Either way, if Capcom hoped that a vampire would get people excited for Village, the studio certainly got what it wanted. Mind you, some fans are more interested in Vampire Lady’s…physical appearance and height in comparison to them than what her arrival might mean for the franchise’s lore going forward, but I’m not here to judge.

You can watch the Resident Evil Village digital showcase below: