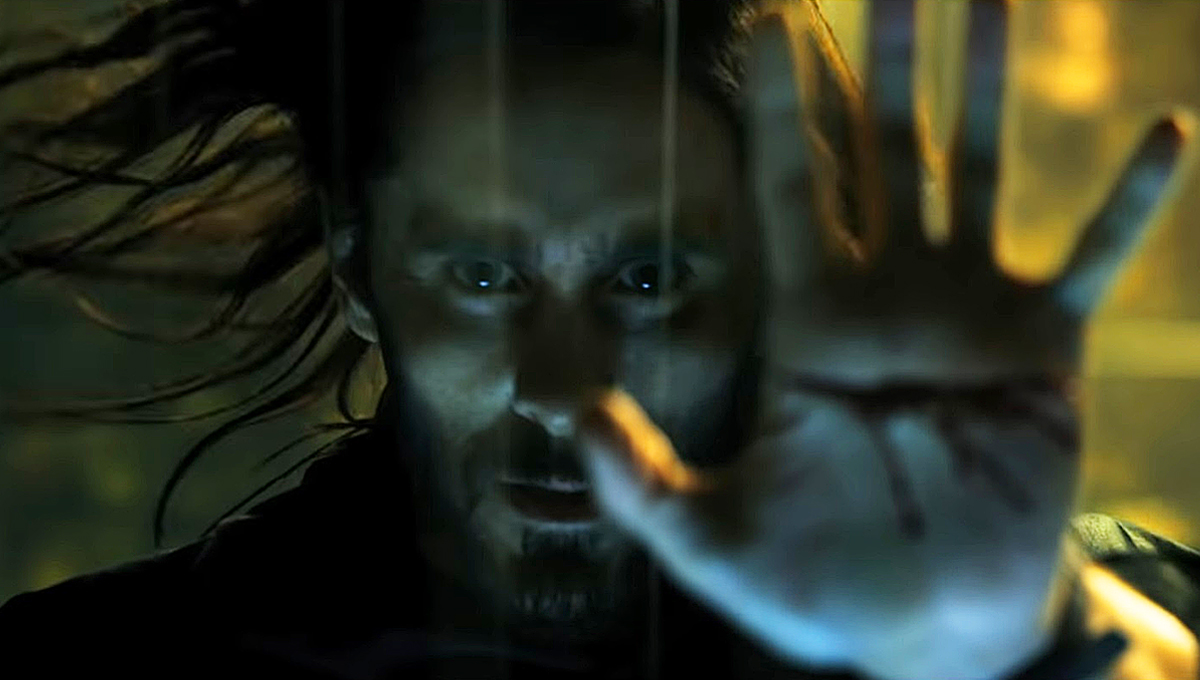 Sony Pictures’ Spider-Man side of the Marvel Cinematic Universe has been weaving a web of sequels and spinoff projects to increasingly intricate effect. Compounding that, the apparent plot connectivity of the untitled Spider-Man 3 and Marvel Studios’ subsequent sequel, Doctor Strange in the Multiverse, seems destined to shift the shared continuity on a dimensional level. Thus questions have been raised by Sony’s latest shift for the Jared Leto-starring spinoff, Morbius, which is now on schedule for January 2022. This places the vampire film one month after the Spider-Man threequel’s December 2021 release.

The Morbius migration—the second such shift in just under a fortnight and its fourth delay overall—was a necessary retreat in the aftermath of yet another move by a bigger franchise fish in MGM’s James Bond sequel, No Time to Die, which abandoned its Easter weekend theatrical release plans for the more COVID vaccine-permeated date of Oct. 8. Nevertheless, the move could leave Morbius—a spinoff focused on the classic “Living Vampire” Spider-Man villain-turned-antihero of Marvel Comics—in a bind, since its new date of Jan. 21, 2022 puts the Spider-Man-less spinoff in the dubious position of becoming an afterthought after the possibly universe-scrambling Spider-Man 3, which is (as of press time) still holds firm on its Dec. 17, 2021 release date.

But make no mistake about it, Morbius has its own greater role to play in the grand scheme of Sony’s slow-burn plans. In fact, there appears to be a two-pronged strategy: the first goal of the new Spider-Man films is expected to focus on a continuity-shifting “Spider-Verse” storyline, possibly analogous to DC’s Crisis on Infinite Earths, where elements (and potentially castings) are reshuffled or jettisoned. That one seems set to start with Spider-Man 3, which will see Tom Holland’s wallcrawler joined by Benedict Cumberbatch’s Doctor Strange (and maybe Charlie Cox’s Daredevil), and feature a puzzling lineup of villains from past franchise iterations like Alfred Molina’s Doctor Octopus (from Sam Raimi’s Spider-Man 2,) and Jamie Foxx’s Electro (from director Marc Webb’s The Amazing Spider-Man 2).

The other prong seems to center on Sony’s long-mooted plan to build toward a team-up of villains–an anti-Avengers movie that adapts Marvel’s classic sextet of Spider-Man villains, the Sinister Six. Indeed, Morbius showcased its adherence to the latter concept over a year ago upon the release of its first trailer, which bore plentiful Spider-Man teases.

The vampire film, in a manner akin to 2018’s Venom (whose sequel, Venom: Let There Be Carnage, is still set to arrive this June) will introduce Leto’s Michael Morbius, a scientist suffering from a rare blood disease. In his desperation, Michael concocts a radical cure that grants him superhuman abilities, albeit with the cruel caveat of being forced to mollify an insatiable thirst for blood. Hence how the character—created by writer Roy Thomas and artist Gil Kane—becomes a “living” vampire. This also means he’s not technically an undead creature like the fang-bearers of conventional lore.

After being introduced in the pages of The Amazing Spider-Man back in 1971 as a villain, the character gained popularity due to his portrayal as a tragic figure, and, by the early 1990s, became a full-blown antihero and member of team-ups from the Midnight Sons to even SHIELD itself. There is 50 years’ worth of potent Marvel material to adapt in order to expand Morbius’ role in the MCU-adjacent Sony Spider-Man corner.

Yet while the cold introduction treatment of Morbius in his own film might bear similarity to the release of Venom, Morbius‘ trailer implies that the MCU Spider-Man connections will be far more prevalent this time around. Firstly, the clip includes a scene (pictured below,) showing Leto’s Morbius walking in a dirty back alley—noticeably in covered-up prison garb, indicating he’d just escaped—while passing a poster of Spider-Man graffitied with the message “murderer,” which firmly places the film’s setting after the events of 2019’s Spider-Man: Far from Home, in which a mid-credits scene shows Jake Gyllenhaal’s Mysterio posthumously getting revenge on Spidey by outing him as Peter Parker, and framing him for his murder.

But the trailer’s real kicker is its cameo from Michael Keaton, who is seen reprising his antagonist role from 2017’s Spider-Man: Homecoming as Adrian Toomes/the Vulture, clearly codifying the spinoff’s place in the wider continuity.

Therefore Morbius seems likely to become a key early component of Sony’s long-term Sinister Six designs; a stratagem that the studio can feasibly implement concurrently with its apparent continuity-crossing storyline—speculated for Spider-Man 3 and Doctor Strange in the Multiverse of Madness. That would leave the smaller-scope movie, Morbius, awkwardly in the middle of the two presumed Spider-Verse offerings. Yet it’s not an unprecedented position since the 2018 MCU sequel Ant-Man and the Wasp similarly found itself scheduled between the monumental, Thanos-snap-centric events of 2018’s Avengers: Infinity War and 2019’s Avengers: Endgame.

Additionally, Sony’s desire to get the higher profile Spider-Man 3 in theaters in time for a Christmas release—particularly with the film apparently being set at Christmas—would likely supersede any concerns of continuity, presuming some degree of vaccinated normalcy is achieved in the next 11 months.

Consequently, should the current release dates hold (which, in all honesty, is a tenuous proposition), then Morbius’ shift to Jan. 22, 2022 shouldn’t (emphasis on “shouldn’t”) have a negative effect on the speculated Spider-Verse movies between which it has been sandwiched on the schedule. While we’re still a long way from Sony’s Sinister Six, the film’s inclusion of Vulture is telling, since he’s a founding member of the rogues team, and a key presence in its various lineups throughout the decades. It’s an aspect that could lend Morbius the same kind of auspicious energy that Samuel L. Jackson’s debuting Nick Fury brought to the MCU-launching Iron Man’s mid-credits scene, in which he teased “the Avenger initiative” and “a bigger universe.” – That, of course, proved to be one of the biggest understatements in cinema history.