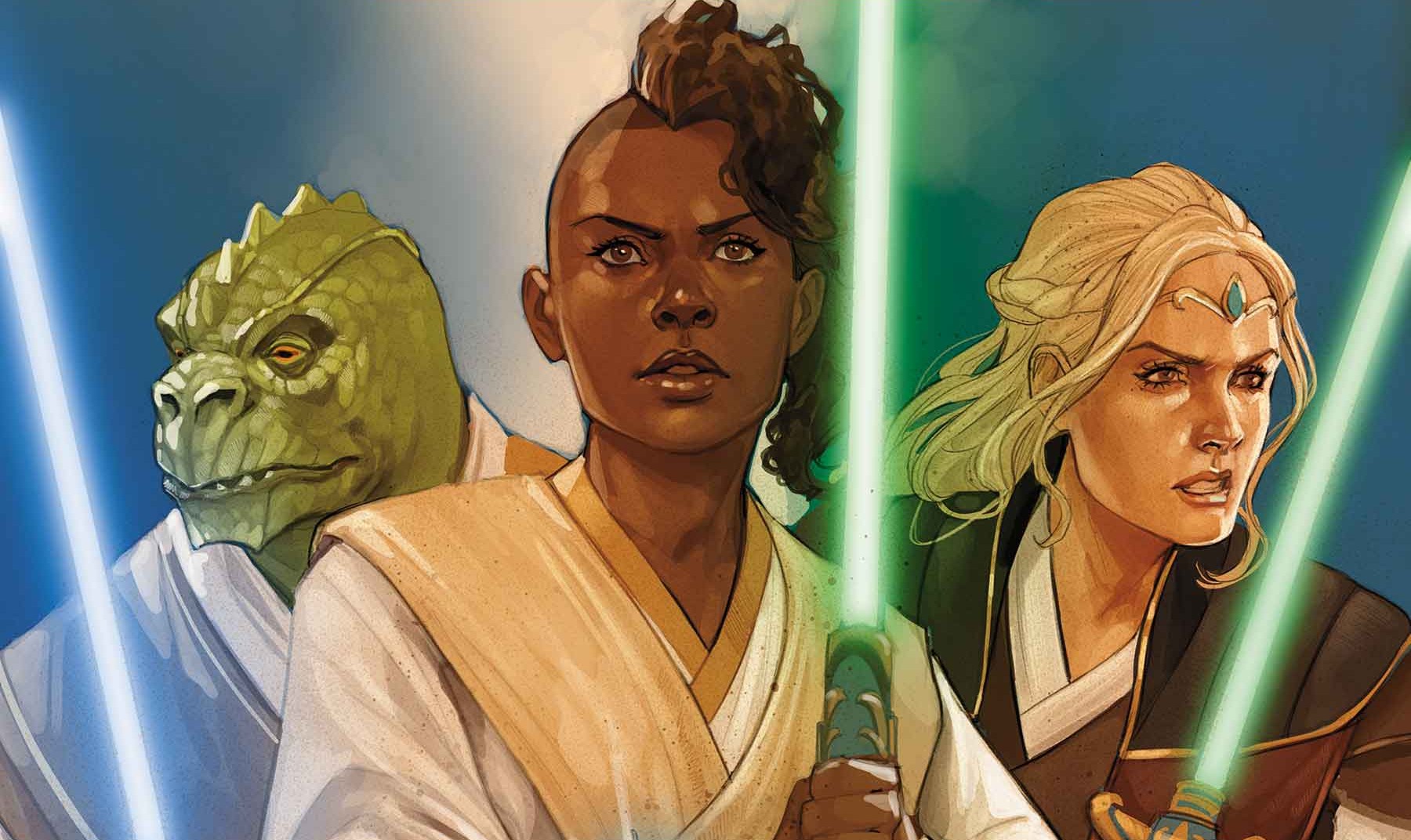 With Star Wars: The High Republic, Disney and Lucasfilm set out to explore a new galactic era that looked and felt different from anything that came before. Long before the rise of the Empire and the fall of the Jedi, the Republic was stable and prosperous. In fact, the High Republic books and comics released so far show Jedi using their skills for situations other than all-out war.

New Star Wars characters, villains, and settings are enough to get any fan excited but getting in on the ground floor of this era is an endeavor spread across several different books and comic series, each providing a piece of a much larger puzzle and a backdrop for future stories. If you haven’t had a chance to jump into the new series yet and want a primer on what’s new, here’s what The High Republic tells us about the Star Wars galaxy as it was 200 years before the start of the film saga:

A Time of Peace and Expansion for the Republic

The High Republic era may look unfamiliar to even fans of the Legends Old Republic stories told in classic games and comics like Knights of the Old Republic. Neither Sith nor droid armies menace the galaxy in The High Republic, although the Republic does have to grapple with its own moral role.

The High Republic era is a time of exploration and expansion. The Republic is careful not to colonize inhabited planets but also eager to bring other civilizations into the fold. They’re expanding out into the Outer Rim, the region of space that contains some familiar out-of-the-way planets like Tatooin, but hyperspace lanes so far away from the Republic capitol are still poorly mapped and potentially dangerous. In fact, control of hyperspace lanes in this part of space is a major element of The High Republic story as a whole.

One interesting detail about this era of expansion is that it’s led to new scientific discoveries, including a familiar substance with incredible healing properties. Bacta is the Star Wars universe’s medical miracle gel, responsible for Luke Skywalker’s survival after being attacked by the Wampa in The Empire Strikes Back and countless other acts of all-purpose healing. In the High Republic era, we learn that bacta is one of the exports of the planet Hetzal, and that scientists have only recently discovered its medical use. Bacta is “supposed to revolutionize medicine if they could ever figure out how to farm it in volume.”

The chancellor of the Republic in this era is Lina Soh, an optimistic true believer in the democracy of the galactic government. During her term, she has created an initiative of Great Works, including the Starlight Beacon, a space station and cultural center that serves as a symbol of the Republic and as a guide for starships navigating uncharted parts of the Outer Rim. This is a chancellor long before the corrupt times of Palpatine, and she does not, as far as we can see, have any Sith Lord whispering in her ear. Instead, she has a pair of alien lions as pets and a deep sense of commitment and duty.

The creative team behind the High Republic have compared this era to the Kennedy era and the optimism of the space race, and to its namesake, King Arthur’s Camelot.

Like in the Prequel era, the Jedi Order is led by a High Council of Grand Masters. Despite the 200-year jump back in time, you’ll undoubtedly recognize some of these council members — Yoda and Yarael Poof are already leading the Order, and their presence is felt far beyond the halls of the temple on Coruscant. In fact, the High Republic Jedi have multiple temples spread across the galaxy, including one at the Starlight Beacon. Some Jedi even serve as “marshals,” upholders of a mixture of local and Republic law, in the far reaches of the galaxy.

The Jedi of this era also experience and connect to the Force in vastly different ways. One Jedi can experience the Force as music, while another feels the energy field as an ocean. These personal visualizations of what the Force is seems to have totally died out by the time of Anakin Skywalker and Obi-Wan Kenobi. Or perhaps The High Republic is just striving to go much deeper into individual Force experiences than past stories.

Along with the above, one of the other dramatic differences between the High Republic Jedi and the ones in the movies is the type of starships they pilot. Unlike the starfighters made for Jedi during the Clone Wars, the knights and masters of the High Republic seem to each have personalized ships for travel and combat. Called Vectors, these silver and gold ships don’t have conventional keys, and are instead activated when a Jedi hooks their lightsaber hilt into the control console.

Far beyond Luke Skywalker lifting an X-wing out of a Dagobah swamp, many Jedi have the ability to pilot their ships with the Force alone. By using the kind of Force powers seen the now non-canon Legends stories, the Jedi can mind-meld to coordinate their ship movements in a technique called the Drift. Two hundred years later, this connection between the Force and technology seems to have been lost.

Another obvious difference is the aesthetic and style of the High Republic Jedi. The Jedi of the High Republic wear white and gold ceremonial robes and have elaborate lightsaber hilts. Meanwhile, their day-to-day outfits aren’t as different, using the same earth tones as Jedi in other eras.

It might surprise some to learn that the biggest threats to the Jedi and the Republic 200 years before The Phantom Menace pirates and plant monsters!

The Nihil, explored in detail in Light of the Jedi by Charles Soule, are raiders whose raison d’etre is to secure their own fortunes by stealing from others. They’re led by Marchion Ro, the so-called Eye of the Nihil, whose secret access to safe hyperspace routes outside traditionally mapped lanes makes him the key to the Nihil’s hit-and-run attacks.

Along with using custom technology called Path engines to jump through their secret hyperspace routes, the Nihil distinguish themselves by using poison gas and other exotic weapons during their attacks. The gas masks many of them wear are a practical tool for breaking into ships they’ve already filled with deadly toxins. They’re also a fashion statement often paired with face paint, brightly colored hair, and post-apocalyptic looking armor. The Nihil are a force to be reckoned with against the Jedi because they run in packs and fight dirty, but they don’t tend to have a direct connection to the Force.

The other major threat comes from the Drengir, a hivemind of plants filled with “murderous intent.” Drengir wear bark as armor and wield tentacle-like vines. A species called the Amaxines imprisoned them using the Force until the Jedi of the High Republic accidentally released them. In fact, the Drengir are completely new to the Jedi who encounter them, but had waged war across the galaxy in the distant past, seeking to expand their domain.

While they can speak, the Drengir aren’t much interested in conversation, instead seeing humans as “meat,” suggesting they eat people. Drengir present a physical threat because their bodies can grow back in seconds, making a lightsaber slash an ineffective defense against them. Their role in Into the Dark by Claudia Gray is brief, but they seem to be poised to make more appearance as The High Republic continues.

The High Republic story will continue in The Rising Storm by Cavan Scott, the next adult novel in the series, which is out on June 29. Check out our full reviews of the adult, young adult, and middle grade High Republic novels below!