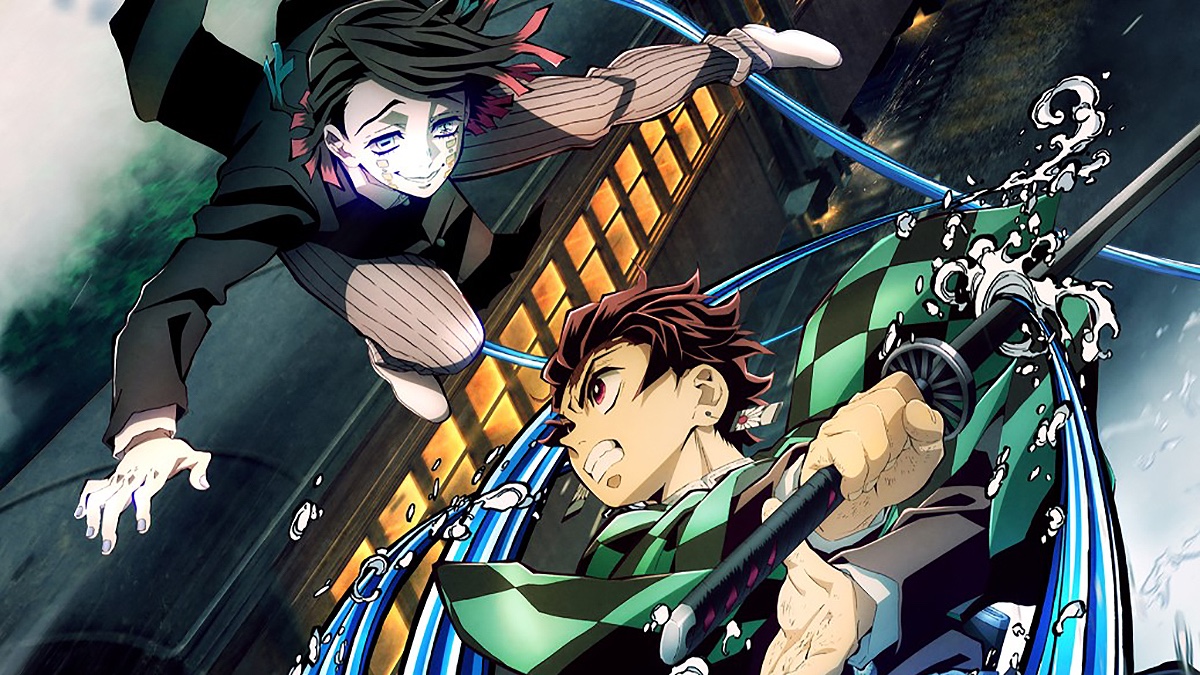 Demon Slayer: Kimetsu no Yaiba is one of the most popular anime series to come out in the past few years and the title’s recent addition to Netflix’s anime library has allowed a brand new audience to experience the thrilling action.

Demon Slayer chronicles the journey of Tanjiro, a burgeoning Demon Slayer who sets out to bring down the powerful and deadly demon who is responsible for the death of his family and transforming her sister into a rabid creature. Tanjiro and his fellow Demon Slayers grow in considerable ways and learn incredible new abilities as they progress on their journey, which is far from over. Demon Slayer packs a lot into its 26-episode first season, but some serious revelations are made in the finale that will greatly impact what’s to come next for the demon slaying team.

What Are The Twelve Demon Moons Planning?

Demon Slayer’s finale offers a reprieve from action as Tanjiro and friends catch their breath and figure out their plan for the future. However, a chilling flashback shows Muzan Kibutsuji at his absolute most vicious. Frustrated with the unsuccessful efforts of Rui and the other Lower Twelve Demon Moons, Kibutsuji cleans shop and massacres the lot of them rather than deal with more frustration.

The lone exception is Enmu, who shows proper fealty towards the Twelve Demon Moon leader. Muzan rewards Enmu with a healthy dose of his blood, which gives him a tremendous boost in power, and informs the demon that he’ll get even more if he takes out Tanjiro. In a very impressive manner, the finale manages to both eliminate a number of major villains, but also position Enmu as the new major threat. It’s a better strategy for what’s to come than for Tanjiro to stumble upon some completely new enemy.

Who Boards The Mugen Train?

Demon Slayer season 1 concludes with Tanjiro, Nezuko, Inosuke, and Zenitsu learning that an enormous train has become the site of numerous casualties and demon sightings. The Demon Slayer Corps sends Tanjiro to rid this locomotive of its evil. This is the kind of story that could have easily been a single episode in season one, so it’s exciting to learn that the Mugen Train is actually a much larger obstacle for the team.

The final moments of the season conjure a real feeling of a chapter coming to a close due to how the Mugen Train literally separates characters from the rest of the cast. Season one carries a mysterious energy of never knowing a Demon Slayer may unexpectedly jump in to help Tanjiro, but that possibility vanishes in something like a moving vehicle. Tanjiro’s team of Inosuke, Zenitsu, and Nezuko board the train, but so does the Flame Hashira, Rengoku, as well as Muzan’s recently upgraded Enmu of the Twelve Demon Moons. It’s a strong mix of characters in a confined space.

What Is Nezuko’s Demon Cure Status?

Much of Tanjiro’s mission in season one of Demon Slayer is that he’s desperate to keep his sister, Nezuko, safe from execution and return her to her non-demon state. Progress is extremely slow at first and Nezuko remains muzzled for the entirety of the season and tricks like hypnosis need to be resorted to in order to keep her docile. Nezuko’s temper becomes more in control as the season progresses and Tanjiro is able to demonstrate that she does still have some free will left inside of her, but she’s still a long way from being back to normal. It’s unclear if Nezuko will get cured or if she’ll just find a normalcy in her demon state, but Tanjiro has become more protective of her than ever and their bond will absolutely be important in what’s to come.

Will The Extended Cast Be Back?

Demon Slayer positions Inosuke and Zenitsu as important fighters that accompany Tanjiro on his mission, yet they’re both still coming into their own as warriors, much like Tanjiro himself. The trio work great as a team, but much of the season has Zenitsu and Inosuke trailing behind Tanjiro. The final episodes show that all three of them put serious work into their Total Concentration Breathing techniques. Tanjiro’s progress is the focus, but it’s obvious that Inosuke and Zenitsu have also made substantial improvement. The two haven’t been given an opportunity to show off their new skills yet, but it’s likely that the Mugen Train will mark their first big test of strength.

Demon Slayer is a series that continually moves forward, which means many of its big cast of characters can get left in the past. Tanjiro has made some important friends along the way like Kanao, Aoi, and the other members of the Butterfly Estate. As Tanjiro and company board the Mugen Train and beyond, it’s likely that these characters from specific regions may not be seen again and that new allies will be encountered. However, it looks like the Hashira will only have a more important role in what’s to come as the animosity between the Twelve Demon Moons and the Demon Slayer Corps festers. Rengoku joins Tanjiro’s team as they board the train, but it’s unlikely he’ll be the only other Demon Slayer who offers support in the future.

How Does The Movie Fit In?

This finale is somewhat muted in comparison to some of the series’ bigger episodes, but the ending immediately teases the continuation of the anime’s story in the movie, Demon Slayer: Kimetsu no Yaiba the Movie: Mugen Train. It’s not unusual for popular anime to get supplementary movies, but they often feature extra stories that can exist on their own.

Mugen Train, however, adapts Chapters 54 to 69 of the Demon Slayer manga and is fundamental viewing for any fan of the series. The anime decided to adapt this story arc in a flashy feature film, rather than devote a handful of episodes at the start of season two to this material. Mugen Train’s structure will hopefully allow Demon Slayer season two to cover even more ground and tell a focused story through its episodes.

Details have been slim on a second season of Demon Slayer, with instead most of the effort going towards the anime’s sequel film, Mugen Train. Demon Slayer’s movie progresses the story along, but it’s far from the conclusion of Tanjiro and Nezuko’s journey. With the level of popularity that’s surrounded Demon Slayer’s manga, anime, and feature film, it’s all but inevitable that a season two is on the way.

Fortunately, new episodes could hit in 2021, perhaps by summer or early winter, but it may still be considerably longer until these installments make their way over to Netflix. Regardless, Demon Slayer’s story is only getting started and it looks like the most intense material is yet to come.