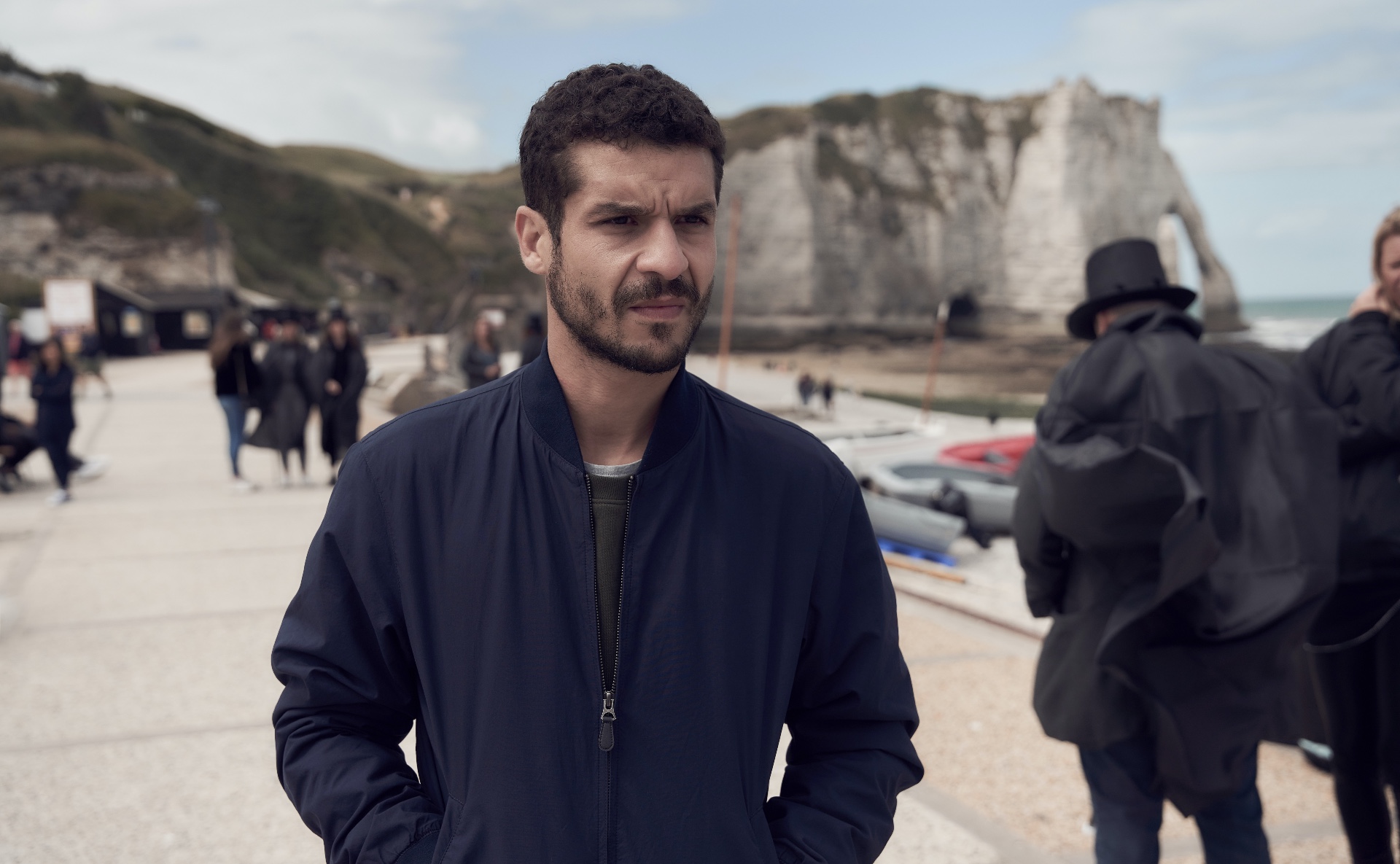 Netflix’s compelling French crime comedy-drama Lupin ended Part 1 on a hell of a cliffhanger. Yes, there’s Assane Diop’s (Omar Sy) son Raoul (Etan Simon) getting snatched by Pellegrini’s cleaner Leonard (Adama Niane) in the Maurice Leblanc-obsessed town of Étretat, though honestly that had been telegraphed throughout “Chapter 5.” The real stunner is when Officer Guedira (Soufiane Guerrab), perhaps the only person whose Lupin fandom rivals Assane’s, tracks down the gentleman thief and addresses him as, “Arsène Lupin?”

And that’s where Part 1 ends, with two adversaries—who might well become allies—finally meeting on the beach while fellow fans in top hats, capes, and monocles venture out to the Hollow Needle, not knowing the potential tragedy that could unfold in Étretat. Where can Lupin go from here?

Thankfully, Netflix has already confirmed that Part 2 will premiere later in 2021. While we wait for an exact release date, we’re going back over the dangling plot threads and pondering Leblanc-related clues to make our predictions for where the second season could go.

The most obvious lead would appear to be The Hollow Needle, Leblanc’s 1909 novel set at Étretat; Assane and Claire (because of course he made her read the book) challenge each other with quotes from it in “Chapter 5”:

Downstream from Étretat, the maidens’ room
Under the Fréfossé fortress, the hollow needle

The Normandy rock formation is said to hide the secret treasures of the kings of France, from precious stones to queens’ dowries. In The Hollow Needle, Lupin’s main rival is Isidore Beautrelet, boy detective, who catches on to the mystery of the hollow rocks—though he is aided by a Great Detective known (for copyright reasons) as Holmlock Shears. In Lupin, Guediera would seem to embody a mashup of the two: He’s got Sherlock Holmes’ instincts for deduction, yet he’s treated by the other French police as juvenile for basing all of his investigative theories on the Lupin books. Having gotten no support from his fellow officers, and now confronted with the man who embodies his favorite literary character, Guedira will likely be tempted to help Assane rather than arrest him.

Their most pressing priority will be safely rescuing Raoul from Leonard, or possibly Hubert Pellegrini (Hervé Pierre), if he gets him back to Paris before Assane and the others catch up to him. In the book, the Hollow Needle eventually houses Lupin’s most valuable possessions, as revealed by Assane and Claire teasing each other by reciting the treasure map:

Two feet on the letters in stone
Measure 19 fathoms
Turn the cross
Climb onto the 44th step
Then, on the 357th…
You will find Arsène Lupin’s treasure

Yet this takes on an ominous glow when you consider that Raoul would be considered Assane’s treasure, and that Leonard has proven himself to be a vicious assassin. After all, Assane humiliated him twice in “Chapter 5,” between locking him on the train and framing him as Paul Sernine to the French police. Furthermore, when “Chapter 1” flashed back to the day that Babakar (Fargass Assandé) allegedly killed himself, a young Assane saw Leonard—who clearly made eye contact and smiled—before he got the news that his father had hanged himself in his cell. Which is to say, Leonard has been part of the Pellegrinis’ cover-up from the beginning, and will stop at nothing to tie up loose ends. I would not be surprised if he were tempted to deviate from the Pellegrinis’ plan to personally hurt Assane through Raoul.

On a personal level, there’s unfinished business—in the present and the past—between Claire (Ludivine Sagnier) and Assane. While Claire has spent all of Part 1 suspicious of Assane’s business, preferring not to know how he’s getting his alimony, that lack of knowledge led to Raoul’s abduction. She didn’t have enough time in “Chapter 5” to process the confirmation, via Leonard’s presence, that Assane has gotten mixed back up with the Pellegrinis. In fact, when he does reveal that it’s related to Babakar’s death, Claire challenges him that he has never spoken about his father in 25 years, so she actually knows the least. Hopefully Assane will finally let her in on what happened to Babakar and the justice he’s been trying to enact.

Of course, I can’t help but imagine that even if Claire is sympathetic to his vendetta, she will be less so when she inevitably finds out that he and Juliet were carrying on an affair 14 years ago. Even though Assane ended things before Claire told him she was pregnant with Raoul, the fact that his revenge scheme has him interacting with Juliet will probably tank any trust he regains with Claire.

With Lupin having teased that Juliet and Assane mean more to each other than just adolescent flirtation, but not revealing to what extent, it seems likely that they’ll move toward a romance as adults. Whether that’s Juliet turning on her abusive father and imprisoned mother, or Assane seducing her as a way to infiltrate the family home once more, we’re bound to see a lot more of Juliet in Part 2.

As for the elder Pellegrinis? At this point, I don’t expect Anne Pellegrini (Nicole Garcia) to redeem herself; the reveal that she paid for Assane’s schooling seems to be the extent of her apology for what her family did to Babakar and to him. But a showdown between Assane and Hubert Pellegrini seems all but guaranteed. Part 1 had Assane interrogating members of Pellegrini’s inner circle and trying to gather incriminating information, only to be foiled by the rich man’s standing and connections each time. But Assane has become a gentleman in his own right—moreso than Pellegrini, frankly—and will likely find a devastating way to confront him face-to-face.

The Hollow Needle sees Lupin take on yet another alter ego, Louis Valmerás, and actually “go straight” and retire from a life of crime with his new wife, Raymonde de Saint-Veran, who knows nothing of his past. The final showdown with Beautrelet and Holmes has a shocked Raymonde learning the truth about her husband’s past and ultimately taking a bullet for him; a grieving Lupin manages to escape, alone.

Depending how closely Lupin Part 2 decides to draw from this tragic Lupin installment, things could go very poorly for Assane Diop. Pellegrini has proven that he has no scruples about disposing of people in his way, like poor disgraced journalist Fabienne Beriot (Anne Benoit) after her brief return to glory. I’d like to think that Lupin is not the kind of series that would kill off a child, but we have to consider the source material.

That said, despite all of the tense stakes that Part 1 established, let us not forget that Netflix’s Lupin is a comedy-drama. I don’t doubt that there will be personal fallout from Lupin’s actions, but I trust that we will get more intricate heists and clever disguises in order for the gentleman thief to evade his enemies once more.

How do you think Lupin Part 2 will end?

Lupin is streaming now on Netflix.