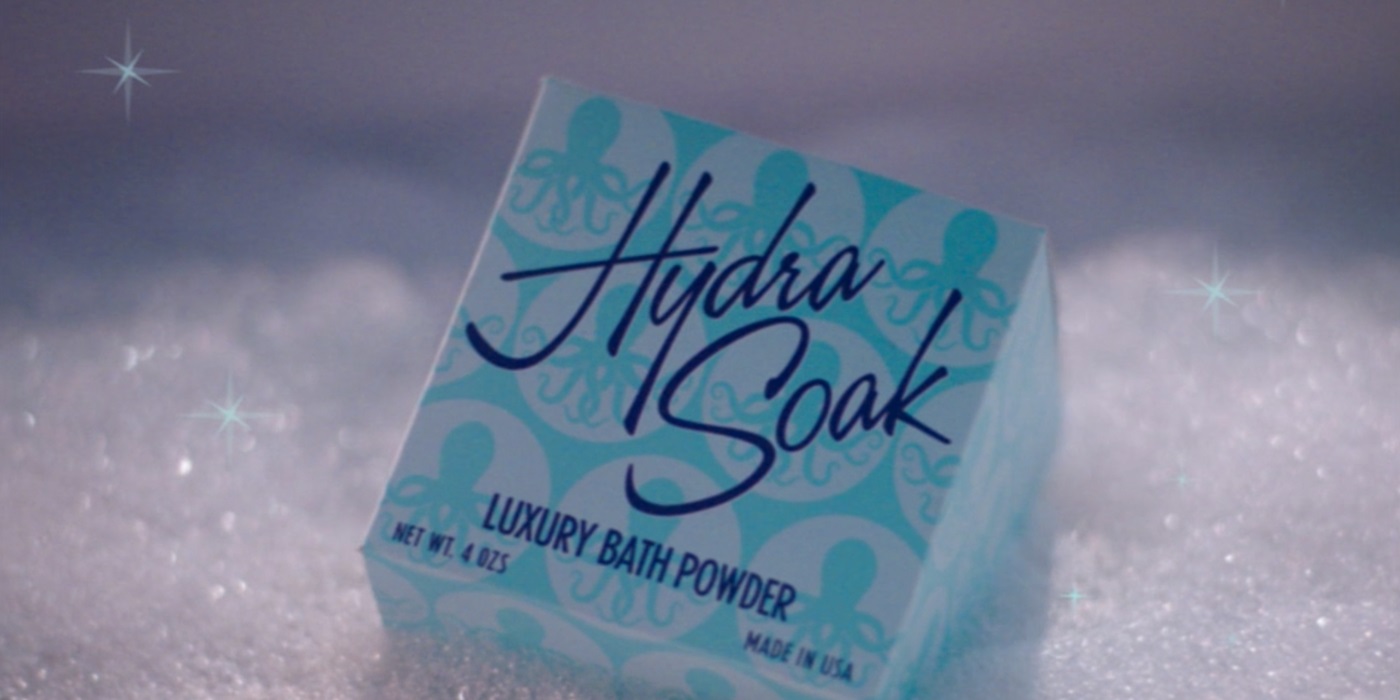 This article contains spoilers for WandaVision episodes 1-3, and the wider Marvel Cinematic Universe.

The internet is full of places to go and thrash it out with likeminded overthinkers if you become obsessed with a particular TV show. Lost, Breaking Bad, Twin Peaks and Game of Thrones all boasted thriving fan communities who had a blast dreaming up theories about where their series’ story was heading. Now, Marvel’s WandaVision has tapped into the natural curiosity of viewers with its wall-to-wall Easter eggs and mysterious MCU nods, and people have gone full ‘It’s Always Sunny red string meme’ over them.

You don’t need to dig too far to find comment sections, YouTube videos and Reddit threads jam-packed with theories about WandaVision, so we’ve been mulling over what might be going on beneath the surface.

Here are some of the most intriguing fan theories about WandaVision, three episodes in…

Just as Ultron’s consciousness could escape into the internet during Avengers: Age of Ultron, a developing WandaVision theory posits that Vision didn’t exactly ‘die’ by Thanos (and Wanda’s) hand in Avengers: Infinity War, but found a safe space to hide online instead, much like JARVIS did after Ultron destroyed him in the lab.

By creating a new reality stitched together from old TV sitcoms and potentially using the late Tony Stark’s burgeoning BARF tech, Wanda may have found a way to slowly bring Vision back to his body without the Mind Stone as an essential component – hey, Shuri thought was an option – but if these efforts to retrieve Vision from the internet are all above board, why is SWORD so desperate to get information on what’s happening inside Wanda’s Westview nook?

Pinches of Paprika Out of Ten: 10

Camp Lehigh has popped up in the MCU a fair few times so far. The New Jersey military base was where Captain America trained in the 1940s, has been a SHIELD facility, a HYDRA hub, and a storage home for the Tesseract. Lehigh even housed Arnim Zola’s brain after his body died. Since Westview is supposedly in New Jersey, is it really Camp Lehigh?

There’s a theory that after the Avengers compound was destroyed during Avengers: Endgame, Wanda may have been taken to a hastily-rebuilt Camp Lehigh in the midst of her grief, eventually constructing a forcefield around an altered version of it at some point and shutting out SWORD, hence SWORD’s continuing efforts to penetrate it.

Pinches of Paprika Out of Ten: 8

Some viewers were puzzled by Vision’s accelerated speed when he flipped through the playing cards during his magic act in episode 2 and when he ran to get the doctor in episode 3, which we haven’t really seen before as part of his powers. Vision can phase through matter, and can also fly at an accelerated speed, but these moments felt more Quicksilver-ish in their nature. Has Wanda or whoever is behind the creation of Westview pieced this new version of Vision together with shattered memories of others that she’s loved and lost?

Pinches of Paprika Out of Ten: 8

Wanda’s Westview neighbors may not be willing or able to reveal their true nature yet, but some people are wondering whether they will turn out to be a gang of shapeshifting Skrulls, just like Ben Mendelsohn’s Captain Marvel character, Talos. How the Skrulls could have possibly become roped into the scenario is currently anyone’s guess, but we do know the alien race will play a pivotal role in Marvel’s upcoming Nick Fury-centric Disney+ series, Secret Invasion.

Pinches of Paprika Out of Ten: 7

Now that Wanda’s twins could conceivably grow up to become their Wiccan and Speed comics counterparts, it may be a chance for Marvel to pave the way for Young Avengers, a team whose line-up has previously included Kate Bishop (soon to be introduced in Disney+ series Hawkeye), Cassie Lang (Ant-Man’s now-grownup daughter) and America Chavez (already reportedly cast in Doctor Strange in the Multitude of Madness). We wrote more about Billy and Tommy, and what they could mean for the MCU, right here.

We’ve been told that WandaVision will set up the events of Marvel’s Sorcerer Supreme sequel, Doctor Strange in the Multiverse of Madness, so fans have been keeping their eyes peeled for ties to Strange’s comics history and his MCU story so far. Episode 3 seemed to make a couple of nods to the good Doctor – after Westview’s OB-GYN Dr. Nielson checks on Wanda’s pregnancy progress, Vision assures him he has nerves of steel, and calls him “Mr. Doctor”, a callback to Strange’s banter with villain Kaecilius (Mads Mikkelsen).

There are also the butterflies that materialize as Wanda is preparing to give birth to her twins, one of which lands on Vision and looks very similar to the first ‘out of place’ thing Strange sees after he’s taken on a mind-melting tour of the multiverse by The Ancient One in Doctor Strange. As he heads up into the Earth’s atmosphere, Strange notices a single butterfly remarkably like those that flutter into Wanda’s nursery, and when The Ancient One begins to talk Strange through opening his mind’s eye, she asks “What is real? What mysteries lie beyond the reach of your senses? At the root of existence, mind and matter meet. Thoughts shape reality.” Hmm…

There’s a theory flying around online that Westview is acting as a kind of mystical womb that will eventually give birth to a fully-realised Mephisto in our world. The Marvel Comics villain and all-around pain in the ass has already been teased in a trailer for Disney+’s Loki series, but may first come to fruition inside Wanda’s powerful-but-twisted reality.

A specific creature has featured in each episode of WandaVision so far. Some fans think these are Mephisto’s evolving “animal stages” – first appearing as a lobster to represent “mating for life” (they don’t, but sitcom Friends played a large part in the myth), a rabbit representing reproduction, and a stork manifesting during the “birth” stage of episode 3. Will Wanda and Vision get a young puppy in the next episode? Probably!

Hawkeye Will Save the Day

Apart from Vision, Clint Barton is the Avenger with the closest relationship to Wanda. He inspired her to take action and fight her way through her fear during the final battle with Ultron and his hoards in Avengers: Age of Ultron, and it was Clint who came to her aid when Tony Stark put her under house arrest in Captain America: Civil War.

At the time, Tony took his frustrations out on Steve for helping to concoct the plan to pull Wanda out, saying Steve rescued Wanda “from a place she doesn’t even want to leave, a safe place.” Scarlet Witch didn’t take much convincing to leave the Avengers’ compound during Civil War, so Tony’s assertions felt off, but in WandaVision she genuinely doesn’t seem to want to leave her safe bubble.

Though many online rumors point to Doctor Strange facing off against Wanda at the end of the series, will Hawkeye actually be the one who breaks through to her?

It’s long been rumored that Evan Peters has a role in WandaVision. The actor continued to play the X-Men’s Pietro Maximoff, aka Quicksilver, long after the MCU had killed off its own version of the speedster at the end of Avengers: Age of Ultron, and he quickly became a fan favorite. Could WandaVision’s upcoming Roseanne homage be key to how Peters briefly enters the MCU?

If you recall, Roseanne Barr’s successful sitcom replaced her daughter Becky with another actress – Scrubs star Sarah Chalke – when original star Lecy Goranson left, and the audience was expected to accept it. With Wanda’s mind now lingering on the loss of her twin brother Pietro, this could be the kind of classic TV trope we could expect to see, and it would also be a fun-but-bittersweet appearance for Marvel fans who have probably seen the last of Peters as Quicksilver in the X-Men film franchise.

Pinches of Paprika Out of Ten: 4

HYDRA has clearly been a factor in WandaVision’s commercial breaks, with the organization’s logo appearing during two of them so far, but what if the theme of the ads goes beyond its callback to Wanda’s pre-Age of Ultron experiments under HYDRA boss Baron Wolfgang von Strucker, and represents the unique capabilities of the Infinity Stones, too?

A growing swathe of MCU fans think the Stark toaster represents the Power Stone, the Strucker watch represents the Time Stone, and that the team behind WandaVision weren’t really hiding Hydra Soak’s likeness to the Space Stone/Tesseract during episode 3.

Post-Endgame, the stones were reduced to the atomic level by Thanos, but the Space Stone may still be out there in its Tesseract form thanks to Loki’s thieving hands. It can’t be a coincidence that Hydra Soak is the more fully-formed MacGuffin here, can it?

Pinches of Paprika Out of Ten: 3

Have you heard any compelling new theories about WandaVision since episode 3 arrived? Let us know in the comments.