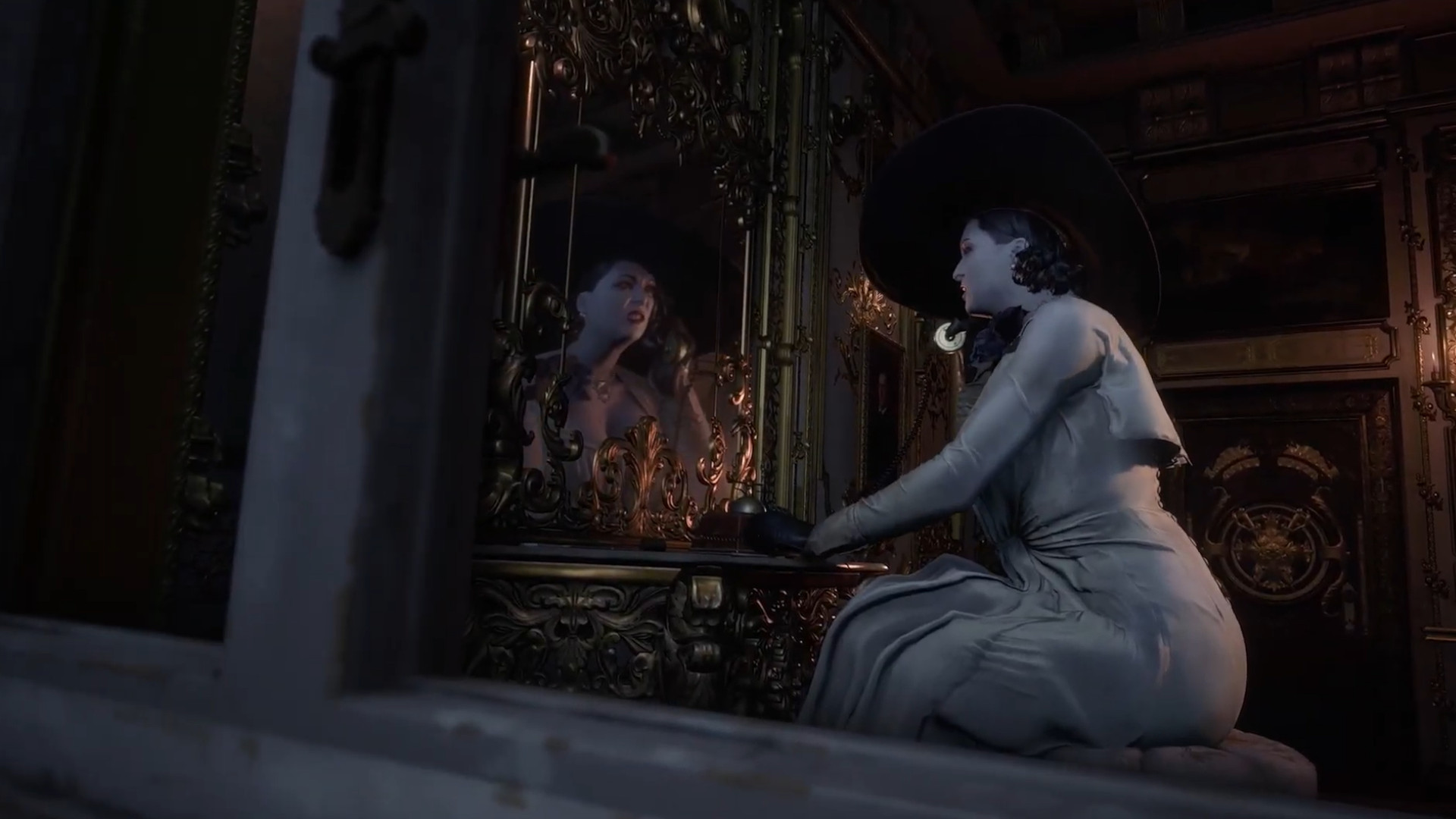 Like you, we can’t get enough of Lady Alcina Dimitrescu: the extremely tall vampire lady who will apparently serve as one of Resident Evil Village‘s primary antagonists.

While there’s no shortage of unanswered questions surrounding Lady Dimitrescu, one of the most fascinating aspects of the character is one of the few things we actually do know about her. After all, the name Dimitrescu isn’t common in the Resident Evil universe and leaves you with the impression that it was chosen to convey something specific.

Well, after spending a little time investigating the history of the names Alcina and Dimitrescu, it turns out that there may be something in this name after all. Here’s what you need to know about the origin of the names and what it could tell us about Resident Evil Village‘s most fascinating villain.

Dimitrescu Can be Traced Back to Romania, Russia, and Greece

While it’s been noted that the name Dimitrescu isn’t especially popular in the West (it’s actually quite uncommon in that part of the world), the name has historically been popular in Russia, Greece, and throughout Eastern Europe.

However, the name is most closely associated with Romania. Several notable people named Dimitrescu were born in Romania or trace their origins to that country (more on that in just a bit). Interestingly, leaks and rumors strongly suggest that Resident Evil Village takes place in Romania.

Strangely, the surname Dumitrescu is actually much more common in Romania. While Dimitrescu is also a fairly common name, it’s interesting that Capcom decided to make the slight alteration. Then again, the comparative commonality of Dumitrescu may be part of the reason why they decided to make a slight change.

In any case, the Romania association would make quite a bit of thematic sense given that Romania is traditionally associated with vampirism in popular culture and Lady Dimitrescu certainly has vampiric tendencies. That association was certainly enhanced by Dracula and Vlad the Impaler’s association with the Romanian region of Transylvania.

Dimitrescu Has Ties to Christianity and Paganism

Many older surnames are often based on notable religious figures, and Dimitrescu is no different (at least depending on your interpretation of the name’s origins and spread).

What’s interesting is that the name has traditionally been associated with two vastly different religious figures. One was St. Demetri who was known for (amongst other things) converting many Pagans to Christianity. The belief is that the Crusades ultimately resulted in more and more people in different regions taking the name of saints and similar figures.

While the spread of the Dimitrescu could possibly be related to St. Demetri, it seems that the origin of the name is actually a derivation of “Demetrios” which translates to “a follower of Demeter.”

Dimitrescu’s Association With Demeter, The Goddess of Fertility, Could be Significant

While it’s unlikely that Demeter herself will play a role in Resident Evil Village, it’s certainly interesting to note the goddess is associated with some of the images and ideas we’ve seen in Resident Evil 8 so far.

As a goddess of the harvest, grain, and fertility, it makes sense that Demeter would not only be recognized by rural villagers who are likely reliant on harvests but with Lady Dimitrescu whose reliance on her “daughters” suggests some kind of infatuation with fertility.

To go a step further, we’ve already established that Lady Dimitrescu is associated with an almost goddess-like figure known only as Mother Miranda. Perhaps more importantly, we see oddly Greek imagery in the basement of Lady Dimitrescu’s home during a portion of the “Maiden” demo.

Demeter Is Referenced In Dracula

Does the name Demeter sound familiar for reasons other than the goddess and you can’t quite remember how you know it? Well, it may be because you remember your Dracula mythos.

Demeter is the name of the Russian ship that Dracula boards to sail for England. He even brings boxes of soil with him to maintain his strength, which we suppose you could associate with ideas of fertility if you’re looking to stretch the concept.

In any case, this is yet another connection between Lady Dimitrescu and vampires.

Could the Name Alcina Refer to Anything?

Well, what’s strange about the name Alcina is that it’s actually most common in Italy. While the name Alina is more common throughout parts of Eastern Europe and elsewhere, Alcina isn’t necessarily that popular outside of Italy.

So why is it being used here? It could have something to do with an opera named Alcina which tells the story of a sorceress who is similar to Circe from Homer’s Odyssey.

It’s easy enough to see how a seductive sorceress could be used as the basis for Lady Alcina Dimitrescu’s character, but it’s certainly interesting that there seems to be a blend of cultures in the character’s full name.

Are There Any Famous Figures Named Dimitrescu?

While there are several historical figures with the name Dimitrescu, many of them don’t seem to have any direct associations with the themes of Resident Evil Village.

However, there is a famous painter named Ștefan Dimitrescu whose works typically focused on peasants and similar figures. I suppose you could draw a connection to that style and the peasants in Resident Evil Village.

The more interesting historical figure with that name would have to be Constantin Dimitrescu-Iași. As a philosopher whose musings were sometimes based on fundamentally scientific concepts, there’s a little room to make the argument that the name could be a tip to the hat of the idea that Resident Evil Village‘s seemingly supernatural events once again have a scientific explanation. Still, the name is likely a coincidence rather than a direct nod to that figure.