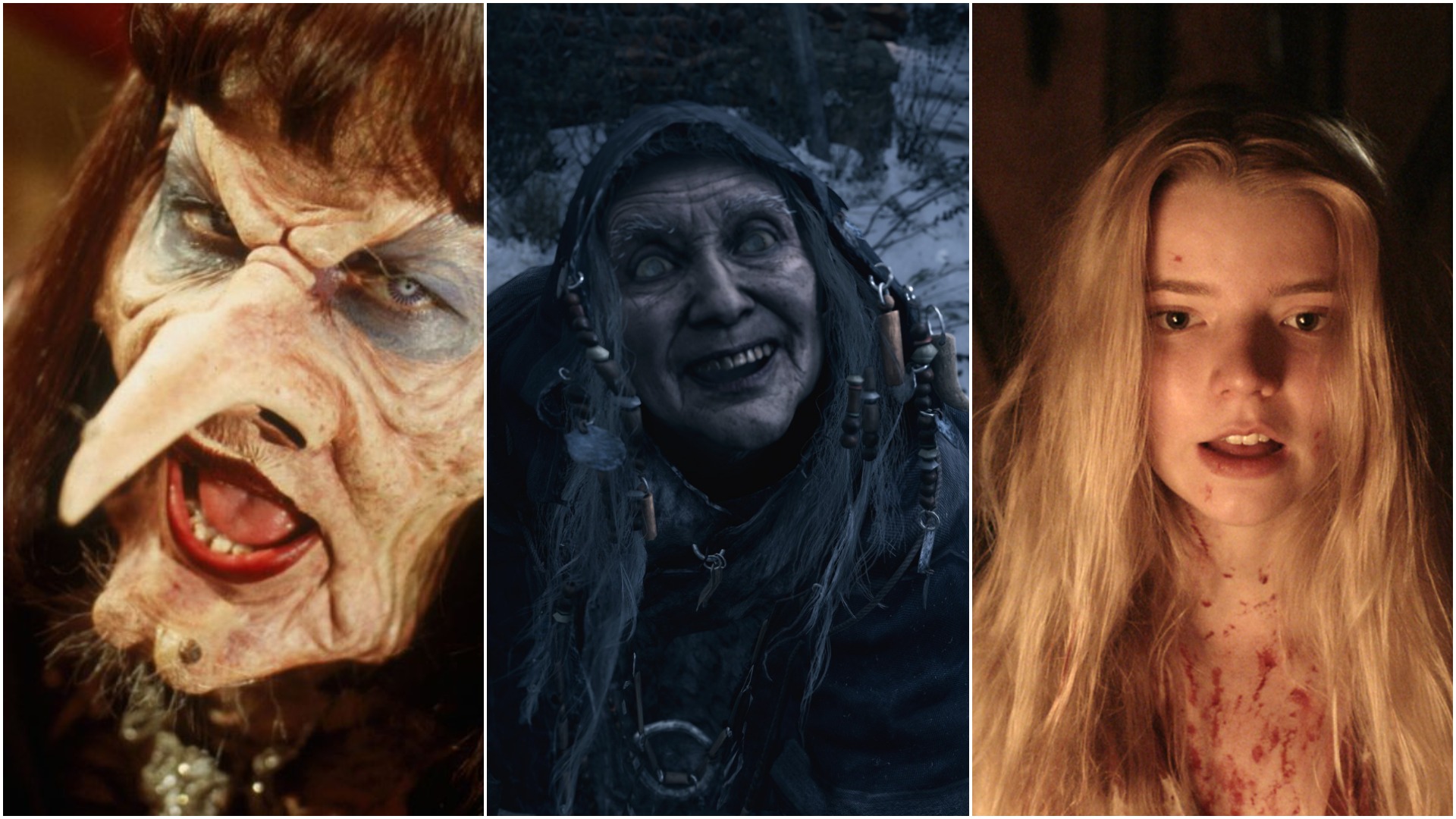 It’s hardly a surprise that Resident Evil Village is capturing everyone’s attention (including our own) at the moment. Not only is it the next entry into one of gaming’s biggest franchises, but in a year that will likely feature many game delays as a result of the COVID-19 pandemic, it’s a new game scheduled to be released in the near future that we can actually look forward to. Besides, how often do you get to celebrate horror in January?

Of course, Resident Evil Village is nothing if not a celebration of horror that pays special tribute to the Universal horror era of the ’30s and ’40s. We’ve already spoken about how Lady Dimitrescu’s daughters honor Dracula’s brides, but you’ve also got Dimitrescu herself who invokes elements of Carmilla and Dracula. You’ve also got a werewolf paying homage to The Wolf Man, the villagers themselves invoking images of countless helpless villagers of classic horror, and a witch that reminds us of all those witches in black and white Universal horror films gone by.

Do you know what’s funny, though? There really aren’t many prominent witches in major Universal horror films. I found that hard to believe as I could almost picture a witch sitting around a smoking cauldron while she warns a hapless hero of the curse they’ve attracted, but there are shockingly few examples of those styles of witches in the films from that era. At the very least, a witch was never prominently featured in such a film despite the fact that the character is so closely associated with other horror archetypes.

Then again, the absence of witches during the golden age of horror is a sadly fitting chapter in the history of one of the most underrated villains in horror movie history.

So, were there any witches in classic Universal monster movies? The answer depends on your interpretation of the concept. The closest we came to the classic “visual” of the witch in one of these films has to be the character Maliva from The Wolf Man. While she’s an old wise woman living in the woods with an air of mystery about her, she’s actually a gypsy and not a witch. There were also some voodoo practitioners and mystics in movies like White Zombie, but none of them really fit the billing. Witches would start popping up in the ’40s in movies like I Married a Witch, but that was more of a romantic comedy. It wasn’t until the late ’50s and early ’60s that you really started to see significant horror portrayals of witches.

The most prominent witches of the ‘1930s were actually the witch-like The Evil Queen from Snow White and, of course, the Wicked Witch of the West from The Wizard of Oz. For years, though, it was hard to find a prominent witch during even the lucrative early days of horror films.

What’s really odd is that the history of witches in horror films started out well enough. 1922’s Häxan offered a blend of documentary-style segments and dramatic recreations designed to shed light on the history of witchcraft and related superstitions. While the film is a little rough in spots (which is understandable given the year it was released), there’s something magical about the way it so boldly flew in the face of filmmaking and societal conventions. Hilariously, some early critics even panned the film over their belief that such dangerous satanic visuals and ideas shouldn’t be glorified in theaters.

Isn’t that what’s great about witches, though? From well before the 1920s into the satanic panic era of the 1980s, there was a legitimate societal fear over the influence of the devil and satanism. While vampires and other monsters somehow escaped the brunt of those fears (at least in terms of their “accepted” mass portrayals), the idea of women embracing Satan has long gotten under people’s skins. Who would have known that the idea of women seeking empowerment where it’s available to them would terrify so many?

It’s impossible to ignore the likelihood that witches weren’t prominently featured in early horror films due to a combination of satanism and sexism, but the idea of witches as rebels seeking revenge on society is one of the most fascinating uses of the characters that we typically see on film. 1960’s Black Sunday is one of the best early examples of that concept as it focuses on a witch seeking vengeance through unusually violent (at least for films of that era) means. Vincent Price’s underrated 1968 classic Witchfinder General even directly addresses the idea that we deserve the wrath of witches or perhaps even manufactured it due to the violence perpetrated against women during literal witch hunts. A generation later, The Craft would turn the idea of young women acquiring abilities from horror story to a source of empowerment for young women looking for a way to defy an unfair society.

Then you have Suspiria. Both versions of Suspiria deal with the idea that there is this isolated location run by witches that is a world unto itself. They make us feel decidedly unwelcome in this place (especially for male viewers), but we’re compelled by their visuals and twisted nature which lure us in before we understand the depths of what we’ve gotten into. It’s a hauntingly beautiful play on the classic fairy tale idea of witches luring children into a dangerous place even when their logic screams “turn back, run away.”

The matronly idea of witches is another powerful play on the archetype taken from fairy tales that is impossible to ignore. While it’s possible that the relationship between witches and children was fuelled over the years by the idea a society still struggling to escape the belief that the greatest tragedy that can befall a woman is to not be a mother, there is something undeniably powerful about the idea that witches are the primary antagonist of children.

You can’t have that conversation without talking about Rosemary’s Baby, but one of the most fascinating examples of that concept has to be 1990’s The Witches. That movie lures you in by presenting itself as a kid’s movie much as a witch lured Hansel and Gretel in with sweets. When that famous transformation scene happens, though, it proves to be even scarier than the effective visuals alone would often make it simply because we feel as though we’ve been betrayed. It not only betrays the assumption of a safe “children’s adventure” with truly terrifying visuals but it brilliantly backstabs the idea of women as inherently nurturing, protective forces who could never do harm. It defies expectations in a way that haunts us years later.

Then again, witches have evolved in horror better than many other classic creatures. Despite detours into family-friendly fairs like Bewitched and ABC’s Sabrina show, latter witch films remained truly terrifying. When Dracula, The Wolf Man, and Frankenstein were struggling to navigate the ’90s, The Blair Witch Project taught a generation to fear films again. 2015’s The Witch even used a combination of trope twists focused on the feminity of witches and genuinely terrifying visuals to craft one of the films that helped usher in the horror film renaissance that we’re currently enjoying.

Yet, despite their effectiveness over decades and centuries of horror and despite the fact that they starred in all-time great movies like Rosemary’s Baby, Suspiria, Black Sunday, The Blair Witch Project, and The Witch, the archetype of the witch often feels fundamentally underappreciated in the realm of horror. They typically don’t rank high on lists of the great horror movie monsters, and portrayals of them tend to default to the crooked nose, green skin, and pointed hat that invokes a more classic image representative of an era of horror films that witches shamefully barely got to participate in.

Much like Dracula’s brides, that’s why it warms the heart to see a witch alongside a wolf, a vampire, and so many other classic horror archetypes in Resident Evil Village. From fairy tales to film, the witch has remained effectively terrifying due to a combination of brilliant portrayals and far too prevalent societal beliefs that touch upon the very real reasons we should all probably fear witches if they did exist.

Witches may not have had time to shine during an era of filmmaking that established so many horror icons, but it’s a testament to their power that they immediately feel like they belong in the presence of such legends. Here’s hoping the game does them justice.