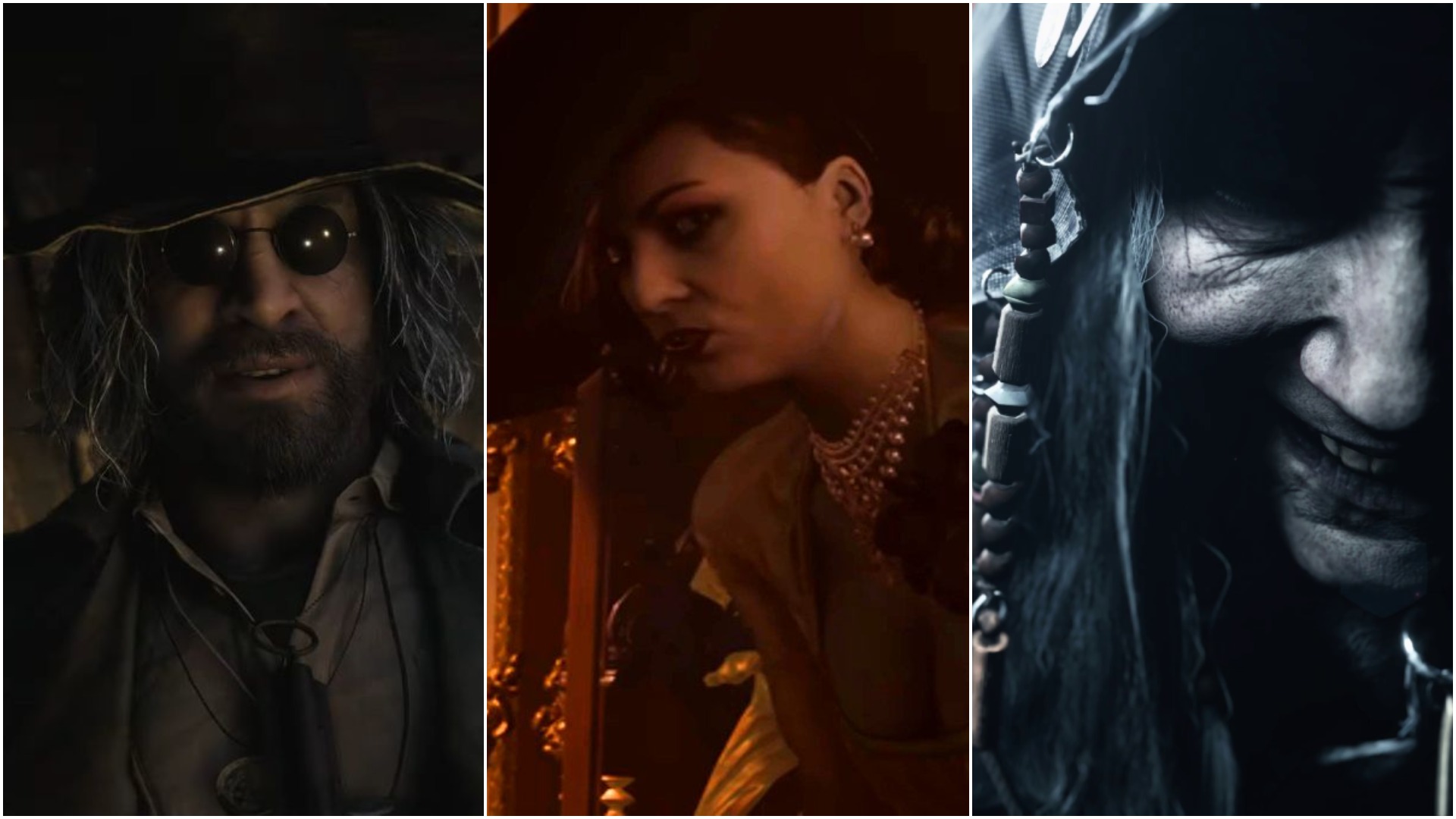 It’s not unusual for Capcom to hide Resident Evil‘s biggest plot points until we actually play the game, but the mysterious nature of Resident Evil Village‘s story and setting are significant even by this series’ standards.

However, no Resident Evil Village mystery is more noteworthy than the unanswered questions surrounding the game’s villains. While we’ve seen numerous baddies in the Resident Evil Village previews and trailers released so far, we still don’t have a clear idea of who is actually the big bad behind it all and why so many elements of the game have such a decisive supernatural quality to them.

The name Heisenberg is referenced by Lady Dimitrescu in the latest Resident Evil Village trailer, but the fact is that we still don’t know who Heisenberg really is.

That said, most people assume that it’s the man seen in the photo above. While an alternate theory suggests that man is actually a hero/anti-hero (which seems to be based on his Van Helsing looks), his presence certainly gives off big villain vibes.

In any case, the way that Lady Dimitrescu refers to Heisenberg tends to strongly suggest that he’s not the main villain. While there’s a chance that the figure above is a different character who is actually the main villain, I’d sooner bet on the idea that honor belongs to someone else.

The most likely possibility is that Resident Evil Village‘s werewolf is just a bruiser employed by whoever is pulling the strings, but that still doesn’t answer any questions regarding what the werewolf actually is in the context of Village‘s world.

Well, one fan theory suggests that the werewolf is actually the mysterious figure that is also sometimes referred to as Heisenberg. That theory is based on a shot of a wolf-like creature in which we see it carrying a hammer that looks similar to the one the unnamed male character wields.

It’s also possible that Lady Dimitrescu’s castle holds some answers. The recently released Maiden demo suggests that a wolf (or some other large creature) is being held in their basement. Could they be responsible for the experiments that turn men into these beasts?

Lady Dimitrescu and Her Daughters

Are they the primary villains, though? Well, they certainly seem capable and present themselves with an air of authority that leaves no doubt regarding who is in charge of their territory. I could easily imagine them serving as the primary gameplay antagonists as they chase you through the castle that seemingly plays a big part in the upcoming sequel.

However, that same phone call that sees Lady Dimitrescu name drop Heisenberg also includes a brief mention of another character named Mother Miranda that seem to be above her on the pecking order.

So who is Mother Miranda? In what’s quickly becoming a tradition as it concerns these Resident Evil Village villains, the honest answer to that question is “We don’t know.”

However, she certainly appears to be above Lady Dimitrescu in the villain hierarchy who, in turn, is equal to or above Heisenberg. Their position and name would tend to suggest that they’re a figure of worship, but the fact that Dimitrescu appears to be talking to them on a phone would seemingly rule out the possibility that they’re a purely mythical figure.

Could it be possible that Mother Miranda is the witch that we’ve briefly seen in previous previews? We’ve spoken about our high hopes for this character, and a witch-like figure at the center of it all could certainly help explain some of what is happening in the early Village footage. Whatever Mother Miranda is, you can bet that she’s at least near the top of the game’s villainous hierarchy.

This idea is closely related to the Mother Miranda theory, but it’s interesting enough to single out.

Basically, there are some fans who are pointing out that Mia Winters is behaving quite strangely in the Resident Evil Village footage that we’ve seen thus far. From her creepy fairy tale reading to her unusual movements, it certainly seems like there is something wrong with Mia. Actually, it makes sense that she could be Mother Miranda given that she seems to be a recent mother with an apparently villainous side to her. Let’s also not forget that she is apparently “shot” by Chris Redfield in a shocking trailer moment.

Even if that is the case, though, it’s highly likely that Mia is being controlled by some kind of force in the nearby village. It’d be a little disappointing to learn that Capcom is walking the “Mia has been taken over” path again, but we highly doubt that Mia has gone full big bad since we’ve last seen her.

Aside from the brief appearance of an Umbrella logo in an early Resident Evil Village trailer, the biggest case for Umbrella somehow being behind all of this is simple precedent.

More importantly, it’s difficult to believe that Resident Evil Village is going full supernatural after years of the series relying on biological explanations. The smart money is on Umbrella knowing exactly what is really happening and who is really behind all of this.