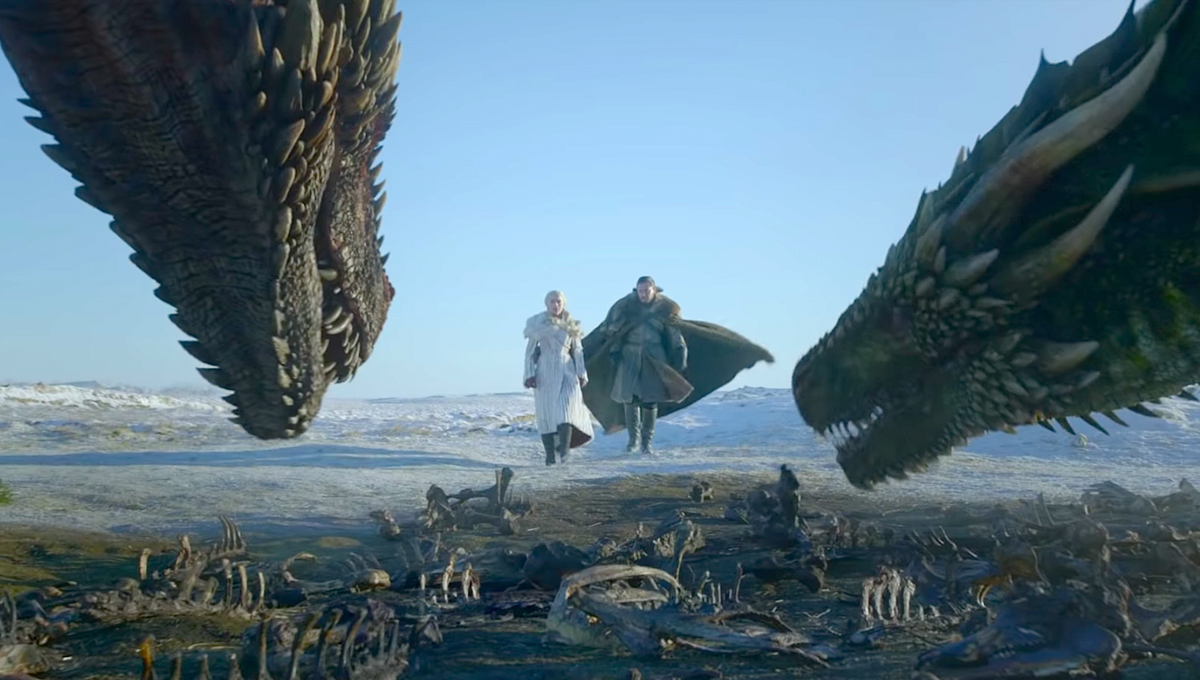 From the harbor of Oldtown to the top of the Wall, it is known throughout Westeros that all men must die. That they must, yet the phrase may soon be amended to include, “and all geek properties must live on… forever.” It certainly appears to be the takeaway from the news that a Game of Thrones animated series for HBO Max is currently in development.

The revelation came late Wednesday afternoon via THR when it was reported that HBO Max, the streaming arm of WarnerMedia, was meeting with writers to hear ideas for a potential animated drama in the same tonal vein as Game of Thrones, the pop culture phenomenon of a TV series that ran between 2011 and 2019.

Admittedly, it’s still early goings in the series’ development, and it’s unclear from the report whether HBO Max is hearing pitches from multiple writers about what an animated drama would look like or if the media company already has a general idea in mind about where and when an animated series would be set in George R.R. Martin’s World of Ice & Fire. But what is heavily suggested, at least according to THR (HBO Max is not officially commenting at this time), is that HBO Max wishes to develop more Game of Thrones content specifically for the streaming service. While comparing the project to HBO Max’s other efforts to develop new shows set in the world of Harry Potter and Sex and the City, the trade wrote, “The emergence of HBO Max has placed a greater importance on building out Martin’s sprawling universe.”

In other words, now that WarnerMedia has a streaming service, the priority is to transform Westeros into a shared universe as multifaceted as Disney’s stewardship of Star Wars and the Marvel Cinematic Universe. Which raises an obvious question: Do we really want to see stories set in Westeros become as saturated as Star Wars and the MCU?

To be clear, HBO is already hard at work developing multiple live-action Game of Thrones spinoffs at this very moment. Currently, House of the Dragon, a series detailing the sordid Westerosi civil war known as the Dance of Dragons, is in production and is poised to debut in 2022. Additionally, it was announced just last week that HBO is now also developing a show based on a series of novellas and short stories Martin has written: Tales of Dunk & Egg. However, House of the Dragon came out of a development process where HBO received pitches for five other potential prequel spinoffs (including one that got an ill-fated pilot set during The Long Night). Dragon is also co-developed by Martin and is based on a fictional history book the author wrote about the Targaryen family, Fire & Blood.

Meanwhile Tales of Dunk & Egg will be based on three existing stories published by Martin, which also gives that series a literary basis—although one similar to Game of Thrones in that these more jovial adventures are left unfinished on the page, with four more planned novellas meant to conclude Dunk and Egg’s arcs currently unwritten.

Both developing series are based directly on Martin’s own writings and vision for Westeros. By contrast, the new development of a Game of Thrones animated series seems to emphasize a step closer to pure content expansion (and exploitation) as an end unto itself. Consider how a once concise and generally beloved trilogy about space wizards has given way to a sprawling media empire of varying quality with seeming narrative dead-ends and cul-de-sacs. One might even argue that the more Star Wars movies they make, the less satisfied a divided fanbase becomes.

Game of Thrones already has a complicated legacy due to the controversial and flawed ending of the series’ final season. While I personally maintain it is not as awful as the general social media narrative suggests, it left a lot to be desired and brought a rushed and awkward end to a series that had a thrilling beginning and stunning middle. Still, it is at least complete.

Yet with this new project being described as an “animated Game of Thrones” series, I’m reminded of how Amazon is labeling their new billion-dollar series set in Middle-earth as Lord of the Rings. Up until recently, Lord of the Rings referred to a specific story written by J.R.R. Tolkien about a hobbit, his pals, and a fellowship of dudes going on a stroll to Mordor. At a glance it might seem pedantic to make a distinction between the story of Lord of the Rings (or Game of Thrones) and other film and television projects that use their names for simple brand association… but therein lies a potential danger. If the name of a singular project becomes simply a brand to slap on endless lunchboxes, you eventually wind up with something far away from what made the original story so beloved in the first place.

With that said, there is plenty left unknown about Westeros, Essos, and the greater world of Martin’s imagination. While House of the Dragon seems poised to chart terrain similar to Game of Thrones—Westeros thrust into a civil war involving dragons—Martin has teased in his supplemental texts about entire vistas far more bizarre and wondrous than what we’ve seen. In the far corners of Essos lies a place called the Shadowlands, whose port city of Asshai sounds like a nightmare straight from the ravings of H.P. Lovecraft. With its buildings constructed entirely from black stone, and masked citizens who practice blood magic and pyromancing, there is a horrific obsession with monstrous gods and black goats, plus other depravities. We’ve only seen its darkness hinted in the rituals of Melisandre and Mirri Maz Duur.

Beyond Westeros and Essos, there lies to the south the continent of Sothoroyos, a land loosely based on African culture that Martin has barely hinted at. In theory, a series could expand on Martin’s blind spots while also mapping out the mysteries of Sothoroyos, a land mass no dragon has flown the full length of. Aye, there are said to be even dinosaur-like creatures roaming its wilderness. There are similar such mysteries and histories to this world, like the fate of Old Valyria, the Roman-esque city of greatness far more advanced than the Westerosi world we know, and from whose aristocracies the Targaryens are descended.

There is plenty to explore in Martin’s sandbox, and to be honest an animated series set in any of these uncharted corners of the map could be pretty cool. But it’s still worth taking a moment to note that once they’re filled in, an elusive mystique may be lost. At a certain point, you can no longer write in the margins, “here there be dragons.”