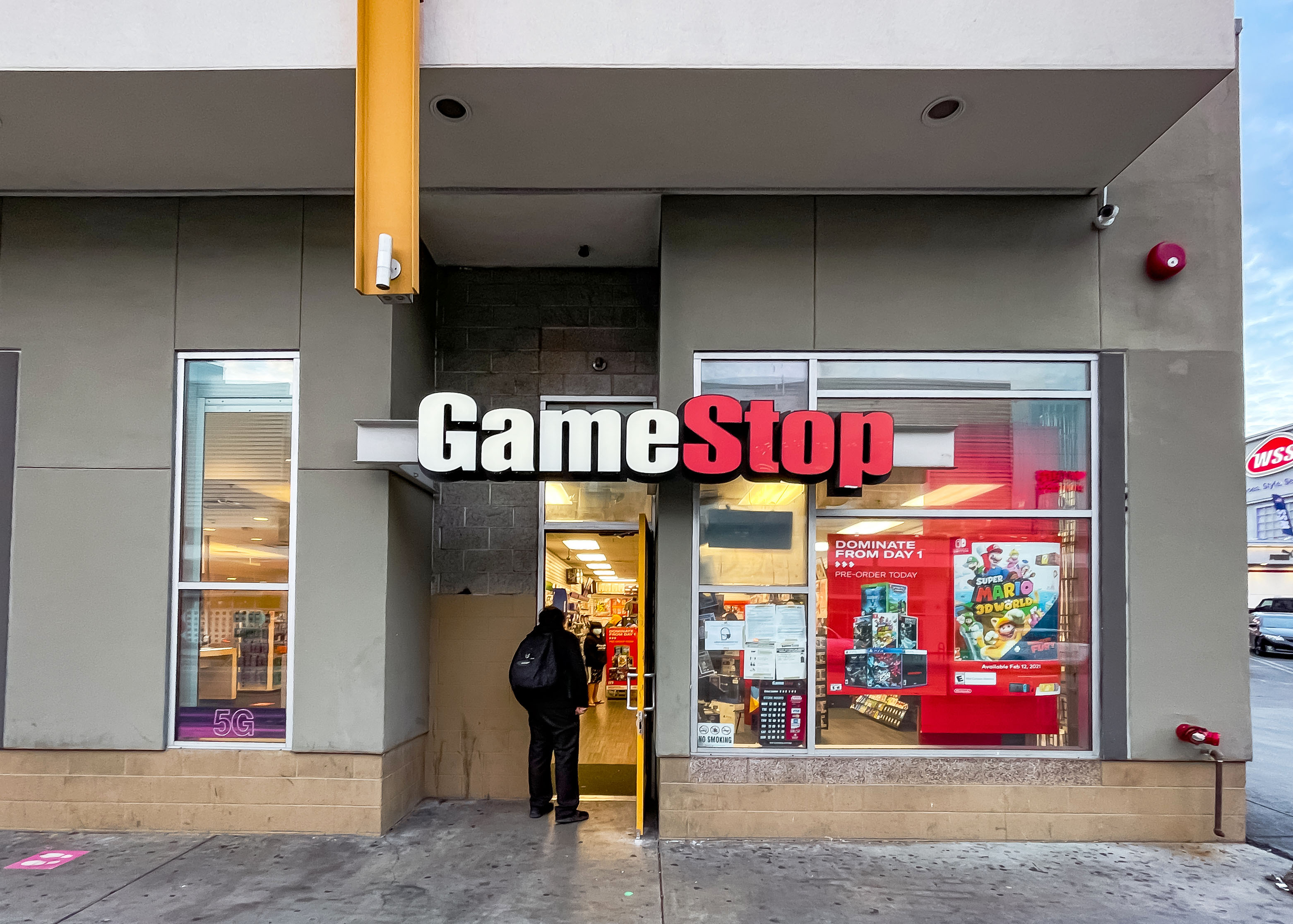 You’ve probably heard by now that the poor hedge funds are in trouble. Perhaps you’re even watching YouTube videos titled “Everything You Need to Know About the Stock Market in 5 Minutes” in order to cash in on some GME stock. If so, good luck doing so on the popular Robinhood app, which has halted the ability for amateur investors to buy up those sweet GameStop shares (as well as Nokia, AMC, and Blackberry) in what some are calling an attempt to save beloved hedge funds like Melvin Capital (they were so screwed 24 hours ago).

It seems to be mostly working too, as panicked investors are rushing to sell back their shares to prevent a loss as the prices drop. Today, GME shares went from $347.51 to $132 in just a matter of hours (although the price seems to be going up again as some investors move to other apps like Fidelity). But none of this has made this drama any less juicy.

This all started when subreddit r/wallstreetbets, a collective of amateur investors, whose financial strategy ranges from well-reasoned due diligence to, quite literally, risky “YOLO” investments, rallied its more than 4 million members to begin buying up cheap GameStop shares in order to raise the price at an exponential rate. This put multi-billion dollar finance bro outfit Melvin Capital in deep shit, since they’d borrowed and sold those same exact GameStop shares for much less and would soon have to buy them back and return them to the broker. Meaning that, under current stock market regulation, Melvin would have to pay the massively inflated price of those GameStop shares in order to get them back from those pesky amateur investors.

Obviously, this is not what Melvin Bros. Inc. had planned when it bet against GameStop and borrowed those GME shares. In a scheme known as a “short squeeze,” Melvin Boat Shoes Corp. had originally borrowed those shares and sold them in the hopes that they’d drop below the price they’d paid for them before buying them back and returning the shares to the broker, pocketing the difference and turning a profit in the process. But when the Redditors started buying up GME stock, causing the share price to skyrocket, Melvin & Broke Sons were suddenly facing a HUGE loss.

Reddit explains in more detail for the common folk here:

Now, I’m not going to pretend I understand how the stock market or money works, especially when this fiasco just makes it seem like money is make believe anyway, and the above explanation is definitely oversimplified. If you want get to get into the nitty-gritty, I’d suggest giving this New York Times explainer a read or this Bloomberg article a look.

What I do know is that every person who can be described as “extremely online” now cares about the stock market and is learning how to buy and sell shares. Who can blame them for wanting what executives at hedge funds have, or at least for them to fail?

But others are worried about The People finally learning how to invest in stock. Even The White House is now monitoring this GameStop situation. How will this all eventually end? It’s difficult at the moment to see how the Redditors and other amateur investors will win.

Already, Discord has closed the r/wallstreetbets server in order to cut off their communications, and Robinhood is seemingly trying to get people to sell sell sell. GameStop share prices are currently so erratic, rising and falling within seconds, that it’ll likely scare more people into selling their shares, even as r/wallstreetbets is trying to get people to hold the line for that big payday.

But will Melvin Capital really have to pay all of that money back? The Securities and Exchange Commission (SEC), the government body charged with enforcing stock market and banking regulations, is also monitoring the situation, and some experts expect the SEC to launch a formal probe into this mess in due time.

Yet, for the few of us on the internet who have no stake in this race, it’s just been a lovely couple of days of pure chaos on Twitter, as we watch the memes and jokes roll in. If the hedge funds do eventually win this financial battle, at least we’ll always have Twitter to commemorate this very important David and Goliath moment:

I’ll probably read up on the stock market a bit more before bringing you any more updates.