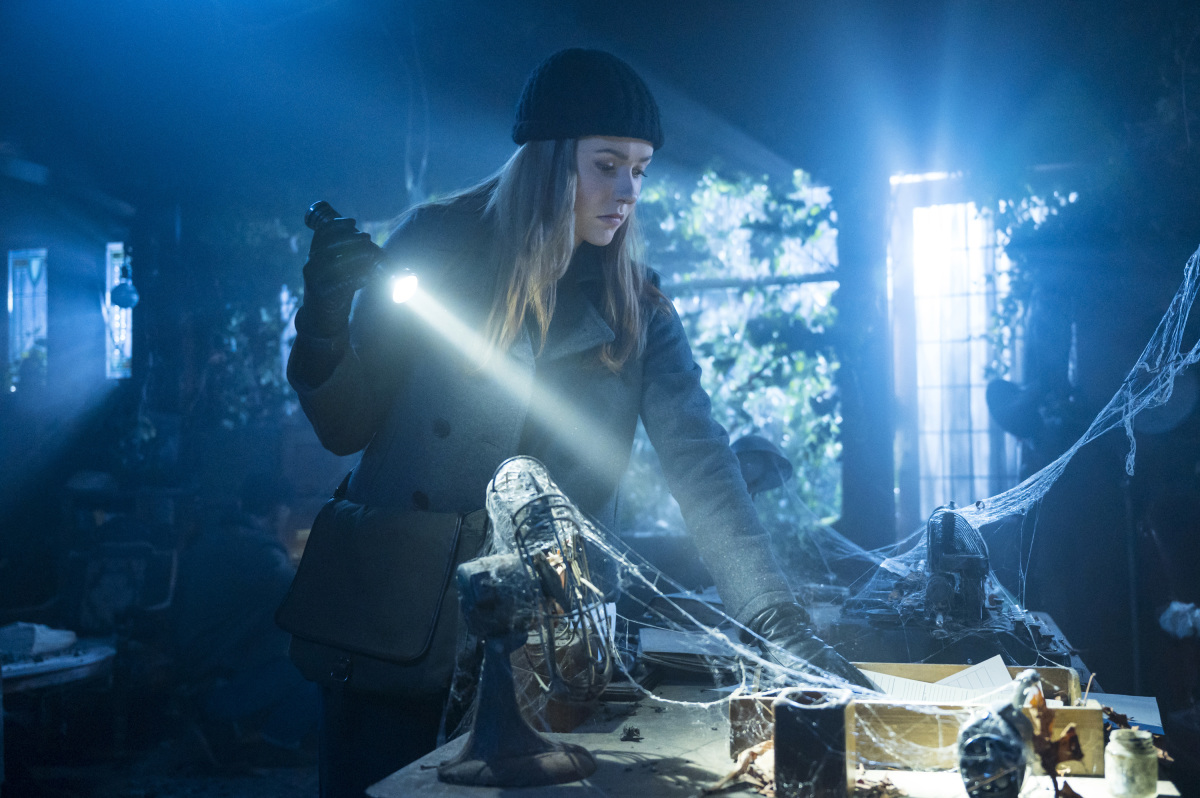 Sea shanties truly are so hot right now. Yes, the musical sensation sweeping your social media plays a big part in the latest installment of Nancy Drew, as our favorite sleuth works to track down a nautical ballad that may hold the key to defeating the vengeful Aglaeca.

Unfortunately, there’s not nearly enough actual singing in this hour for a plot involving sea shanties, and the bulk of the story isn’t so much about the vicious sea spirit’s backstory as it is a trip down memory lane with her last batch of victims, who all turn out to be faces we’ve seen before. That no member of the Drew Crew is even vaguely surprised that they ran into various members of a squad of ghosts around town without knowing over the course of last season is precisely why this show is so great.

The primary ghost turns out to be John Macdonald, and his life ended in tragedy when he was hit by a semi-truck in 1975. But four of his friends also died under mysterious circumstances that day, including Rita, the ghost who tried to apply for a job at The Claw all the way back in the series’ third episode. Mac, surprise, surprise, is also someone we’ve seen before, albeit briefly, during a party at the Marvin residence in which he assumed Nick was a waiter.

Turns out, that’s not the only awkward assumption Mac makes about Nick. You can draw your own conclusions about Mac’s likely level of racism beyond the veil, but he definitely assumes that Nick is his old bartender BFF named Buddy because he is also a Black man. Mac, it would seem, remains convinced that Buddy knew where the lone 45 recording of the Aglaeca shanty was hidden, so now it means he thinks Nick does too.

This leads to a lot of fun scenes involving mirror hauntings and glass exploding, but Mac’s racial assumptions tie neatly into the episode’s other main subplot of the week, involving a visit from Nick’s mother. Given the fact that Nick was in a relationship with Nancy and had a connection to Tiffany Hudson, there wasn’t a lot of room to really get into his backstory last season. This is probably why a plot that centers on him as a character for once feels long overdue.

Millie Nickerson, by the way, is amazing. She doesn’t even blink at the revelation that ghosts are real, citing her Bible and prayer shawl as evidence that she has always known the supernatural is very present. She’s also determined to bring Nick home to Florida after the death of a family friend in what the police are calling a drug deal gone wrong, but she knows is just another example of a young Black man who paid the ultimate price for being in the wrong place at the wrong time.

Millie is deeply rattled by the fact that Nick spent two years in jail despite all her best efforts to impress upon him all the ways that young Black men must navigate the world differently – understand that people will view him as larger and scarier than he is, keep his hands visible, don’t talk back, look like anything but a threat. That she still lost him has spooked her, and she wants him back home where she can both see and protect him.

Nick, of course, isn’t into this plan, as he’s built a real life for himself in Horseshoe Bay, complete with a business, a girlfriend and a group of friends for support. It doesn’t seem as though we’re ever really supposed to assume that Nick leaving is a possibility, but this is one of the first times that Nancy Drew has attempted to wrestle with the fact that Nick’s experience of Horseshoe Bay specifically and of Maine generally is different than everyone else’s, simply because of his race.

The sea shanty, once discovered, ultimately doesn’t give us a ton of clues about how our heroes could go about saving themselves from predestined death. It does, however, tell us a bit about the woman who eventually became the monster, Odette LaMar, an heiress from France who married Bess’ very-great grandfather Captain Marvin after a whirlwind romance on their crossing from Europe. Unfortunately, according to the song, she died of consumption before she reached land. Or did she?

A message hidden in the shanty itself implies otherwise. The secret second track is basically an audible version of that video of Samara crawling out of the well in The Ring, and is apparently a version of the last song Odette’s victims ever hear. This grisly message from beyond tells the truth of the way she was manipulated and betrayed by those she trusted, and announces that those who do not pay her toll will die 7 days after they fail to do so.

The Drew Crew has three days to save themselves. Start the clock.

Everyone else caught that the creepy abandoned orphanage was in Stratemeyer (as in, Syndicate) Woods, right? This show’s nerdiness about its own history gives me such joy.

Also, truly, only in Horseshoe Bay would there be a surprise abandoned decrepit orphanage that time forgot just chilling in some random woods. This town is amazing.

Can we talk about how charming Ace and Carson Drew’s weird little friendship is? Alex Saxon and Scott Wolf have the best offbeat chemistry, and I have to admit I sort of like this as a way to keep Carson part of the story while he and Nancy aren’t really speaking.

I absolutely love this thing where Nancy and Ace have a little heart to heart every episode these days. Truly, I ship it, but I almost don’t want to because their friendship is so pure.