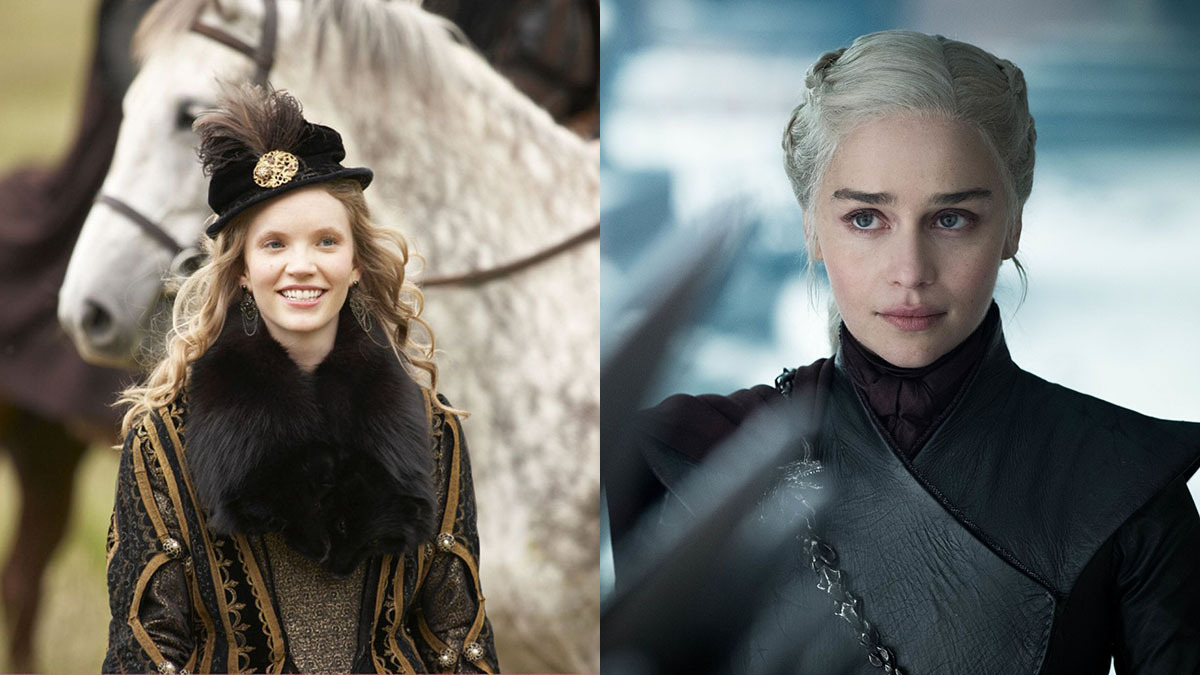 Game of Thrones could’ve been a very different series. In fact, it could’ve never become one at all. This is a familiar lesson for anyone who followed the saga of HBO’s flagship series and one of the biggest phenomena in modern pop culture. Yet it’s worth recalling when so many folks seem to dismiss the series, or its creators, after 2019’s contentious final season of Game of Thrones.

And it’s something we’re reminded of again with Tamzin Merchant, more than 10 years later, finally breaking her silence about the road not taken when she was briefly cast as Daenerys Targaryen.

Prior to the Game of Thrones pilot’s filming in 2009, Merchant was already an up-and-coming television star, breaking out as Katherine Howard, one of the wives of King Henry VIII, on Showtime’s The Tudors. But playing one of the lead roles in HBO’s big gamble in high fantasy had the promise of a major life changer. Unfortunately, when HBO greenlit finally ordered the project to series, it did so with the stipulation that the pilot be almost entirely being reshot and reconfigured top to bottom… and witth several key recastings, including the role of the Mother of Dragons. When the series premiered in 2011, it was with Emilia Clarke as Dany.

It’s an unfortunate situation, and one you cannot envy Merchant having to field questions for over the ensuing decade, including work on others shows like WGN’s Salem and Amazon’s Carnival Row. In fact, it was while promoting a new project in an entirely different medium altogether, her debut work as a young adult novelist in The Hatmakers, that Merchant finally answered questions in-depth about losing the role.

Speaking with EW’s Game of Thrones scholar James Hibberd, Merchant said, “Shooting the pilot was a great lesson. It was an affirmation about listening to my instincts and following them, because I tried to back out of that situation and, during the contract process, I did back out. I was talked back into it by some persuasive people. Then I found myself naked and afraid in Morocco and riding a horse that was clearly much more excited to be there than I was.”

It’s a candid answer, and one Merchant expanded on by noting she thinks Clarke did great and made the role iconic, which Merchant seems to suggest she might not have been able to do because she wasn’t excited “in my guts” about the series. But she also noted the strangeness of “riding to auditions on buses with Emilia Clarke’s face on it.”

It’s a difficult situation to be in, which Merchant handles gracefully, remarking on how she’s more creatively satisfied now than more than a decade ago. However, it is a reminder of how fragile these creative endeavors can be, even as fans and media companies shower them with praise and expectations—transforming collaborations into monolithic brands.

In the 18 months since Game of Thrones ended, a growing narrative in the media suggests showrunners David Benioff and D.B. Weiss could make no tough, or at least smart, decision. The implication is the show’s success is attributable solely to George R.R. Martin’s extraordinary novels. While there’s truth that the narrative genius of the series comes from Martin, so much of what makes something appealing or intoxicating to fan culture stems from ephemeral (and often painful) choices made in the thick of creative battle. The elements that made Game of Thrones a cultural juggernaut were not handed down fully formed on the page, and the show could’ve been very different—or not worked at all—from the beginning.

Hibberd has explored this in-depth beyond speaking with Merchant. Recently he she some light on the secrecy surrounding the jettisoned Game of Thrones pilot in his recent oral history book about the making of the show, Fire Cannot Kill a Dragon.

“There was a piece of casting we had to rethink, [a role] that was compromised,” then-HBO programming president Michael Lombardo said in the book about the casting of Daenerys. But it wasn’t just Merchant’s Daenerys that was recalibrated. For example, Pride & Prejudice actress Jennifer Ehle was briefly cast in the role of Catelyn Stark in the pilot, and was actually well-liked by HBO and the showrunners.

But in Fire Cannot Kill a Dragon, Lombardo also revealed, “The actress who played Catelyn Stark decided she didn’t want to move to Northern Ireland. I’m like ‘What?’ Then you have a conversation with yourself about whether to force her to uphold her contract.”

More than casting though the entire look of the pilot, from costuming to locations, was drastically different. Instead of Irish Castle Ward, Winterfell was originally filmed on location at Doune Castle in Scotland. And within those confines, little of the production design or direction captured the gloomy authenticity that became the series’ tonal staple. (Pilot director Tom McCarthy was also replaced on the reshot first episode.)

Said actor Nicolaj Coster-Waldau, “Nobody knew what they were doing or what the hell this was. I remember during King Robert’s arrival [to Winterfell] finding the whole thing ridiculous. The absurdity of doing this parallel universe with these very noble men. It’s a very fine balance between being serious and believing it and just being cosplayers. There certainly was not the sense this was going to be some game-hanger for anyone. But we had a lot of fun.”

If those elements had remained in place, the show might’ve been something sillier, and perhaps not worth the investment. Indeed, only recently is it becoming clear how close Game of Thrones came to not being picked up to series by HBO. After all, the pilot was originally championed by earlier HBO programming president Carolyn Strauss. But she and her administration had left HBO by the time the pilot was filmed, and Lombardo had reason to be wary even before the pilot came together so poorly.

“HBO was very much on the fence,” Benioff said in Fire Cannot Kill a Dragon. “It’s a traditional thing at any studio that the last regime’s projects are going to be less appealing to the new regime. And this was a very expensive project.”

In fact, co-creator Weiss said, “It seemed like Mike was leaning toward no. He was not at all pleased, and for good reason. He decided maybe it would just be better to take the loss on this one.” He described the meeting where they convinced Lombardo to give them one more chance “like a horror movie” staring at the executive’s face. Strauss, who stayed on as an executive producer on Game of Thrones, said, “There was a lot of begging and pleading.”

With every creative endeavor, there are a lot of “what ifs” about the road not taken. For those who so treasured Game of Thrones’ choices—at least for the first five to seven years—it’s worth remembering.