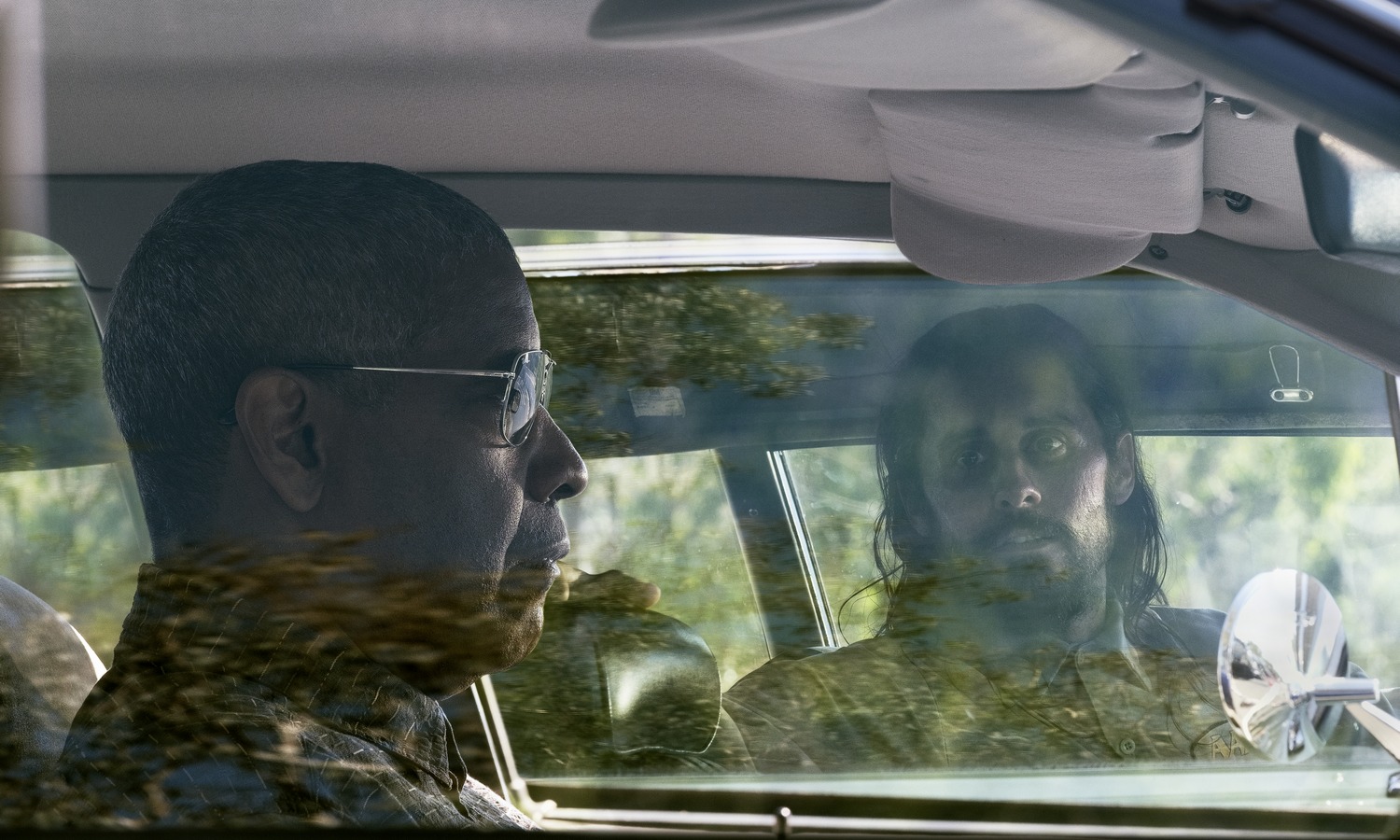 This article contains The Little Things spoilers. You can find our spoiler-free review here.

It’s the piece of the puzzle Rami Malek’s Jim Baxter has been waiting for. The young—and now entirely ruined—LAPD police detective can stop wondering about the night before—the night his shovel cracked the skull of Albert Sparma (Jared Leto). At the time of the murder, there was no clear cut evidence Sparma was the serial killer that law enforcement was hunting—or that Sparma even committed a crime beyond being a full-on creep. But when Joe “Deke” Deacon (Denzel Washington) mails the younger man a red barrette, Jimmy knows he can at least have peace of mind: He killed a killer.

Of course life and the questions which keep you up at night don’t have answers as easy as a typical Hollywood movie. And peace cannot exist for those who get into what Deke calls the “angel” business. Indeed, in the same package with the hair barrette, Deke sends a clear message: We’re not angels. But that’s because Deke has chosen to become Jimmy’s watchful guardian.

Earlier in the movie, Deke mentioned that when you agree to solve a murder, which in his mind means obsess over it, you make a pact with the victim. Wherever they are out in the ether (if anywhere), you’ve become their avenger, carrying their burdens, and their ghosts, with you. This is visualized by each of the homicide victims Deke imagines visiting his bedroom nightly, with one above all others occupying his mental space: Mary Roberts. She was the young woman who truly brought him back to Los Angeles. The old cop is convinced the serial killer who got away years ago when he was in the LAPD is the same man who’s begun piling up the bodies of tortured young women across SoCal. Women like Ronda Rathbun, who disappeared while jogging one night with her red barrette.

As the movie unspools its multiple mysteries, we learn why Deke is so specifically haunted by Mary Roberts’ ghost. Unlike the other victims in his unsolved case from a few years back, Mary was the one who actually got away, and in a fit of panic in the darkness, Deke shot her, thinking she was the killer emerging from a tree line. When poor Mary’s body was placed on a slab at the police department, the mortician Flo (Michael Hyatt) decided to cover for Deke, the ostensible good cop. She pulled a bullet out of the dead woman’s corpse and called the hole it left a stab wound.

It’s why earlier in the film Flo warned Deke that she needs to remind herself about “what we did,” keeping a shattered bullet as a key chain. Yet if she carries the guilt in her day-to-day life, listening to early ‘60s pop songs to lift the veil of her job’s gloominess—and thereby giving the movie its groovy soundtrack—Joe let it consume him. He is both Mary’s murderer and angel, convinced he can still atone by finding the man who kidnapped and tortured her before that fatal night.

Yet by The Little Things’ end, Deke and his young protégé have more questions than answers. Once again, Joe finds himself covering up a murder, this time one committed by Jimmy, who let Sparma’s goading and general creepiness get to him. But in many ways, it is a reversal of the iconic ending to David Fincher’s Seven. Whereas in that classic an admitted serial killer (Kevin Spacey) is able to pressure a young detective (Brad Pitt) into murdering him by revealing the full extent of his bloody work via Gwyneth Paltrow’s head, Leto’s ostensible murderer drives Malek’s hero into madness by way of ambiguity.

All circumstantial evidence seems to suggest Leto’s leering dirtbag is the killer. He literally gets an erection just imagining the recent slew of women murdered by a monster in the dark. But there’s no concrete evidence, and when Jimmy and Deke stage an illegal break-in of Sparma’s home, they find unnerving press clippings, but those could just as much be the fascinations of a crime buff as a killer’s trophies.

Sparma promises an actual body when he takes Jimmy out into the night. But all he actually offers is ridicule and mockery, teasing the cop but never providing anything tangibly hard, other than the shovel in Jimmy’s hands… the gnawing ambiguity of it is the film’s real horror.

At least Jimmy can rest his guilty conscience on the red barrette Deke mailed him. To the younger man, and initially the audience, it appears to be the proverbial smoking gun they needed; Deke must’ve discovered it while ransacking Sparma’s house after the murder. But as we see in the final scene, the potential box of “trophies” Deke thought was in the house didn’t have a red hair clipping in it. Rather Deke bought it from a store, as a giftwrapped lie for $4.99. He mails the mistruth to Jim so he’ll sleep at night, but as with Mary Roberts’ killer, the real answers about Sparma remain unknown, buried in his unmarked grave.

As we see in the film’s final montage, the FBI has come to Los Angeles bringing then state of the art psychological profiling techniques to hunt their killer. If they never find him, and there are no more murders, then perhaps Sparma really was the killer he appeared to be. But that truth remains elusive. Sparma was a perverse weirdo who confessed to a murder he didn’t commit eight years ago, and who gets his jollies by imagining agonizing death. But according to FBI profilers, phony walk-in confessors never actually meet the profile of the real killers.

And keep in mind that Stan Peters, the sex criminal Jim and Joe interrogated earlier, had an odd reaction to the name Mary Roberts. Afterward he put a shotgun in his mouth. If he was the serial killer, then that could also explain the inexplicable absence of new disappearances and bodies—meaning Sparma was an innocent man when the cops put six feet of dirt on his head. Or perhaps the living, breathing killer will just go to ground again, leaving town like the one who abducted Mary Roberts oh, so many years back.

The truth of Sparma’s guilt, and whether he is a ghost or a demon left to haunt these men, remains unknowable. Barring more victims, it will just be a little thing extra to keep Deke up at night, a burden he’s tried to take away from Jim. Yet one thing’s for certain: neither of them are angels.