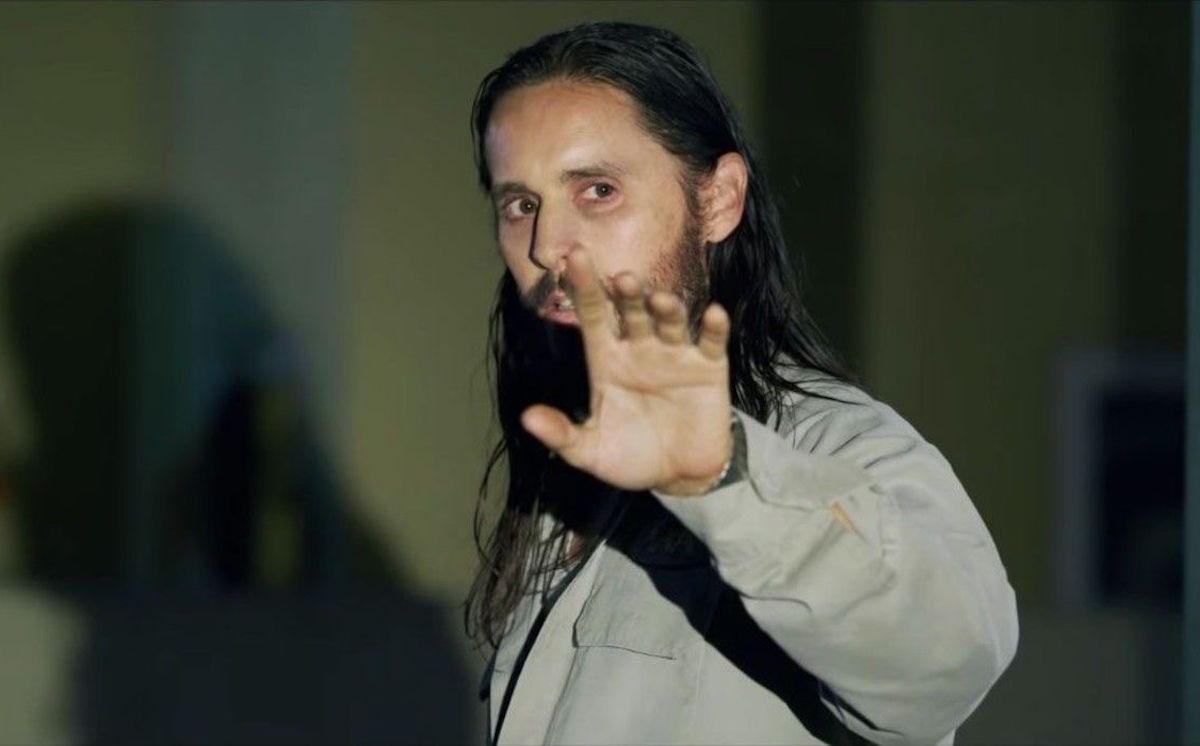 The Little Things can be seen as a tainted police procedural with its murky ambiguity and troubling ending. But it’s also the story of a man for whom the allure of a charismatic serial killer goes too far. After all, serial killers make up less than one percent of homicides but they average a double-digit percentage of Hollywood crime films, and probably a majority of prison fan mail. What is it about these one-percenters we love so much?

Directed by John Lee Hancock, the supposed sociopath in The Little Things is Albert Sparma, a drifter who works as a repairman. Jared Leto is certainly magnetic in the part, serving Sparma up with a now-stereotypical “charismatic serial killer” vibe. But the Oscar-winning actor also brings an ambiguous energy to the part, suggesting he may merely be a serial killer groupie.

Albert Sparma is a self-identifying true crime afficionado and has taken his fanboy fancy so far as to actually confess to a murder he didn’t commit. That could be seen as some dangerous roleplay or surveying a battle ground for future maneuvers.

Sparma is perfectly thrilled when he’s pulled into the interrogation room to face off against Det. Jimmy Baxter (Rami Malek). He luxuriates in the tension, and loves the décor. He stands in vast contrast to Stan Peters (Frederick Koehler), quite possibly the actual murderer, who’d earlier responded to the room with an almost claustrophobic paranoid mania.

But Peters is not the charismatic type. Leto’s Albert, meanwhile, has a bad boy quality which is just irresistible. At least it is to Denzel Washington’s measured portrayal of Kern County Deputy Sheriff Joe “Deke” Deacon, who sees the makings of a young Ted Bundy in the suspect. Recall that in Joe Berlinger’s bloodless feature film, Extremely Wicked, Shockingly Evil and Vile, Zac Efron plays Bundy with an abundance of charm. The film came out amid a glut of documentaries about one of the most well-known serial killers from the late 20th century, and Twitter exploded with posts about how attractive Bundy was.

Albert Sparma could have been his biggest fan.

Leto doesn’t bring the clean-cut, all-American hunk to his serial killer. He’s the rebel. His hair hangs so long, he has to move it out the way when he cooks. Sparma goes to strip clubs before cruising the strip. He wins a drag race with Deke while still in park. He plays so many mind games with Baxter his head explodes.

Dennis Lynn Rader, aka the BTK Killer, taunted the police by sending letters describing the details of his crimes. That’s an old trick though, going all the way back to Jack the Ripper, who also wrote to Scotland Yard about his alleyway antics. Son of Sam, the Lipstick Killer, the Golden State Killer, even the Axeman of New Orleans dropped personal notes on current events to the authorities. The Zodiac Killer wrote his in code.

They also sent letters to the newspapers. Sparma collects clippings and is up on all the true crime literature. Some people are attracted to serial killers out of a necessity to understand their acts. It is outside their reality, and it is even a coping mechanism. News reports explain how, but they don’t explain why such unimaginable crimes can be committed. They want to know how someone can go so dark. If Sparma is truly just a “confessor,” as even Det. Baxter finally accepts, that confession shows one aspect of the depths of his kind of obsession.

Some serial killer followers might be drawn out of the curiosity of how it feels to take a human life.

The body count in The Little Things is only four when Deke first double parks at the station. It grows as the case draws attention. Real-life serial killers like Jeffrey Dahmer became celebrity monsters because of the attention they got from law enforcement and the media, and a collective curiosity for the macabre makes them larger than life. John Wayne Gacy committed his atrocities in a Pogo the Clown suit. And Sparma’s repairman overalls are a little baggy.

While Bundy was on trial, representing himself, he proposed to a woman, who not only accepted but married the convicted murderer, and conceived a daughter with him. Even in prison, Bundy received marriage proposals and love letters, as did Dahmer, Richard Ramirez, Chris Watts, and Charles Manson. Some may be drawn to the serial killer hoping to spark some transformation in an irredeemable beast; others might be prone to Hybristophilia, otherwise known as “Bonnie and Clyde Syndrome;” and some are just drawn toward the bright light of fame in any shade.

In Oliver Stone’s Natural Born Killers, Woody Harrelson’s Mickey Knox is a mass murderer, not a serial killer, by strict definition. Nonetheless, when he and his wife Mallory (Juliette Lewis) are walked up the stone steps to the courthouse, they are surrounded by adoring fans waving signs like “Kill Me Mickey.” Stone was making pointed social commentary in a fictional film, but his scenario was all too real.

The Little Things is not based on a true story. It goes back to a screenplay Hancock wrote in 1993, which was too dark for Steven Spielberg. For inspiration, Hancock had to look no further than California serial killers in the 1980s like the Grim Sleeper and Randy Kraft.

Written before the glut of serial killer movies took hold in the 1990s, The Little Things is similar to Alfred Hitchcock’s Psycho (1960) and the then-recent Jonathan Demme’s The Silence of the Lambs (1991) in that they are psychological thrillers, as opposed to the proto-slasher Leatherface in Tobe Hooper’s The Texas Chainsaw Massacre (1974). Yet all three of those films, from Norman Bates to Hannibal Lecter, were inspired by Ed Gein, who confessed to killing two people as well as digging up corpses from local cemeteries in the 1950s. Gein became internationally famous after being profiled in the book Psycho by Robert Bloch.

It’s no wonder an anonymous drifter might find comfortable skin to wear while traversing a sad, sick world. Sparma certainly walked the walk, and was up on his psychopathic patter.

“They are so friendly and so kind and very solicitous at the beginning of our work together,” forensic psychiatrist Helen Morrison wrote in her 2004 book My Life Among the Serial Killers. “They’re charming, almost unbelievably so, charismatic like a Cary Grant or a George Clooney.”

Sparma does everything short of asking Baxter for an autograph during their first meeting. Serial killer fans have been known to spend hundreds of dollars for a lock of a murderer’s hair. John Schwenk, a true crime afficionado from Pennsburg, Pennsylvania, has gotten follicles, false teeth, and even dental floss from serial killers on death row. He is a collector of murderabilia, and his portfolio includes a sketch of a skull by Richard “The Night Stalker” Ramirez and a portrait by John Wayne “The Killer Clown” Gacy.

A Texas senator named John Cornyn began pushing a bill to ban the sale of crime-related materials in 2007. It must have sounded like a good idea to the federal government. They pulled in $232,246 auctioning off the Unabomber’s belongings in 2011. Rodney Alcala, who was sentenced to death in California for five murders, put himself up for a romantic racket bid on a September 1978 installment of The Dating Game.

The Little Things reaches a satisfyingly ambiguous conclusion. The best evidence in the case is a boxful of newspaper clippings. Are they forensically clean trophies of past dark victories, or are they a scrapbook from one of the biggest true crime fanatics on the planet?

Charismatic serial killers are a movie stereotype now. Leto helps twist this trope by letting his character buy so completely into it we don’t know if he’s become one or is merely a victim.