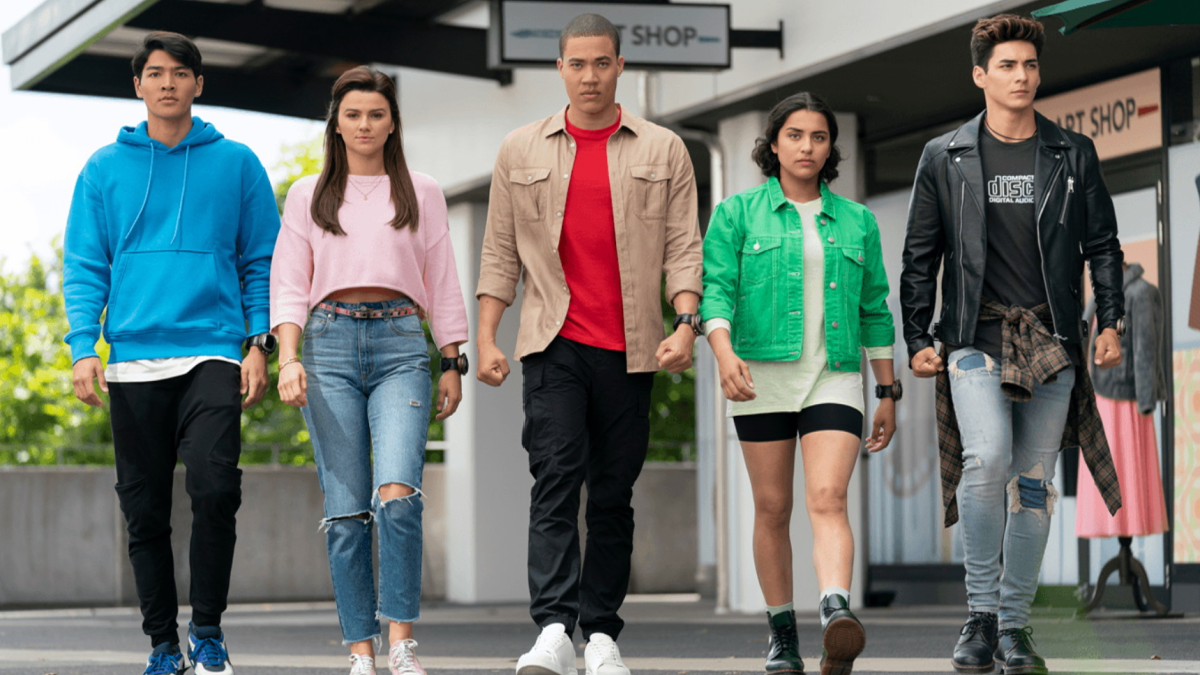 Power Rangers Dino Fury is set to debut this year but that hasn’t stopped fans from clamoring for any amount of information they can get. Since the cast was revealed in October we haven’t gotten much outside of a few comments from executive producer Simon Bennett. Thankfully the official Power Rangers website was just updated with information on the new season, including character bios, town name, and information on the Rangers’ Zords. The website also has a section for a gallery but there’s nothing in it… that can be seen!

A fan on the Power Rangers forum Rangerboard shared a huge collection of images that are hidden on the website and they gave us some intriguing looks at the new season. While the shots of all the new characters are great, these images also show off the return of a former Power Rangers character!

Mick (full name Mick Kanic), the mentor of the Rangers from Ninja Steel and Super Ninja Steel! We don’t have much information to go on but in the photos Mick appears to possibly be their mentor alongside a scaly dinosaur friend. He also shows up on Earth in one of their battles (though it doesn’t look like he’s fighting.)

This is a big surprise! While Power Rangers occasionally has old character return for team-ups it’s rare to bring a returning cast member back in the same role for a whole new season! We should stress we don’t know if Mick is sticking around for all of Dino Fury or if he’ll just show up for an episode or two but the photos make it look like he’s sticking around.

If so this would be a rare modern example of a main character carrying over between seasons and staying in the main cast. In the early days of the show this was the norm, until Power Rangers Lost Galaxy. Since then the only character to return full time was Tommy in Power Rangers Dino Thunder. (We’re counting all the SUPER seasons of recent years as one continuous season each.)

Mick returning to the series would fit, especially if the season is more or less set in the “Prime” Power Rangers universe. At the end of Super Ninja Steel, Mick, an alien from the Lion Galaxy, made it clear he wanted to stay on Earth and keep teaching Shop Class in Summer Cove. While the bios of the Rangers on the official website don’t make it seem like they’re in school perhaps they are and Mick simply transferred to Pine Ridge to work in that school system. Maybe he gave up teaching to go study dinosaurs. Mick’s a wacky guy, anything can happen!

The Red Ranger Zayto is also an alien so maybe his and Mick’s people know of each other and Mick tracks him down to revive him from the frozen states he’s been in since the time of the dinosaurs. At the very least, Mick and Zayto share that alien connection which could make for a great friendship/possible mentorship between the two.

Whether Mick is a full on main character or just shows up in the first few episodes, this is still exciting news. Beast Morphers gave us a few references in its premiere episode but having a main character come back, possibly full time? That’s more than enough reason to be excited whenever Power Rangers Dino Fury premieres.