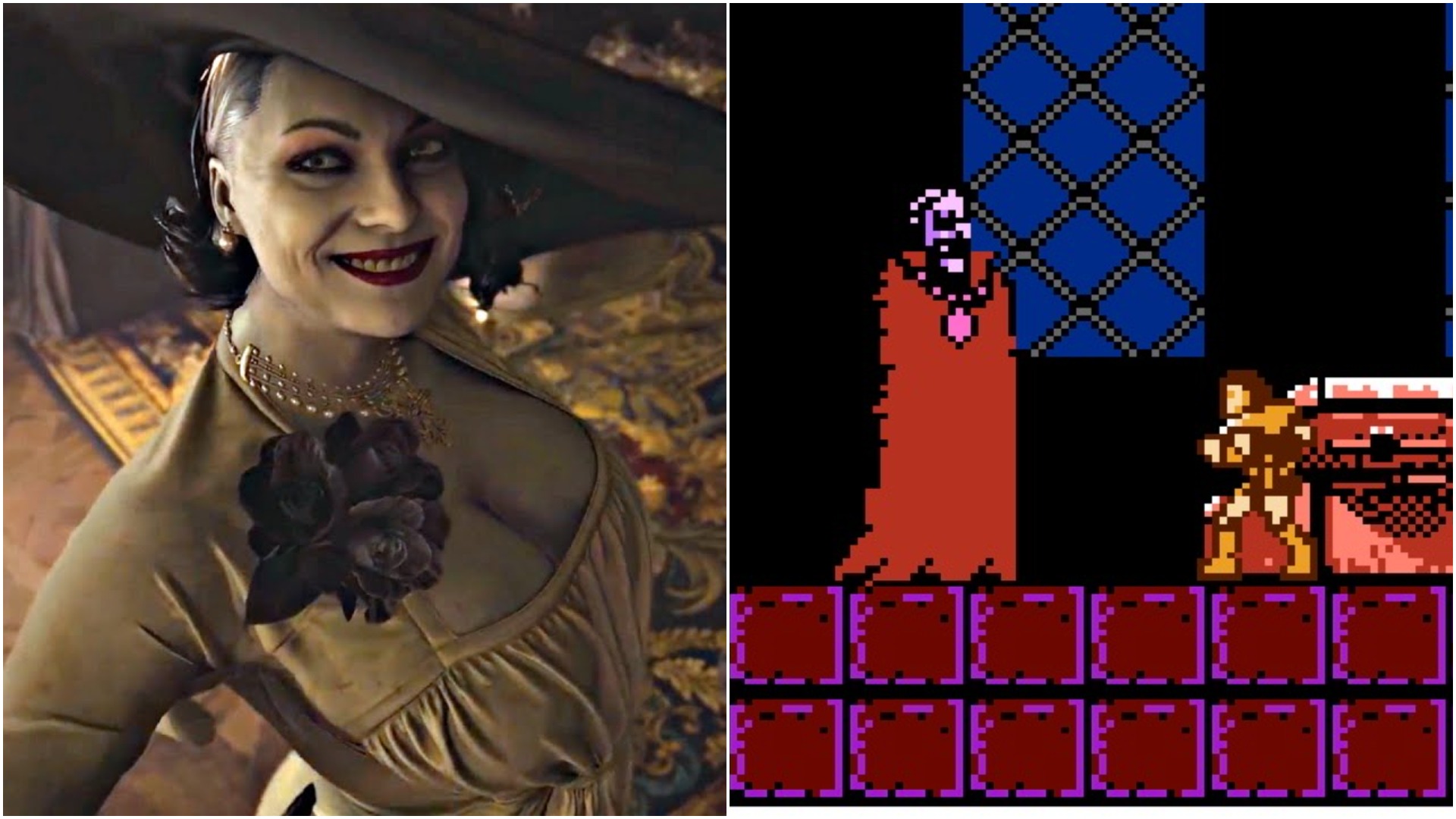 Weeks after her reveal, Resident Evil fans are still obsessed with Lady Alcina Dimitrescu, the latest standout villain in a series full of them. Specifically, gamers are unexpectedly taken by her height. When you look her up on Google or Twitter, you’ll find people talking about how tall she is, and more recently, how her height compares to other villains in the franchise.

Kotaku initially speculated in a very entertaining article that Lady Dimitrescu was eight feet tall, but Capcom set the record straight this week, cheekily announcing the character’s height on Twitter:

In case you don’t know, 9’6″ is really goddamn tall. In fact, she absolutely towers over than the tallest recorded human, Robert Wadlow, who was 8’11”, according to The Verge. Of course, Lady Dimitrescu is a fictional character, so maybe that stat isn’t that impressive (although her height will likely intimidate anyone who runs into her in the game). But even when comparing her to other Resident Evil villains, Dimitrescu is still one of the tallest of the bunch.

A Redditor even put together the following chart (via Games Radar) that puts things into perspective. (I should note that it’s unclear how this user verified each villain’s height for this chart but we’re going to roll with it for the sake of having fun.)

Got bored today so I did this height chart which should put the big guns of the series into context. from r/residentevil

According to this chart, Mr. X and Nemesis, two of the series’ most popular baddies, would be absolutely eclipsed by their vampiric colleague were they all in a room together. And classic Resident Evil hero Leon S. Kennedy would have A LOT to worry about, too. Only Thanatos and UMF-013 could beat Dimitrescu in a dunk contest but who cares about them?

The more important question is whether a Resident Evil villain, and a vampire at that, really needs to be that tall to begin with? After all, Resident Evil 7 and Village protagonist Ethan Winters isn’t exactly what you’d call a formidable hero, especially when compared to mainstays like Leon, Chris Redfield, and Jill Valentine. Unlike his predecessors, Ethan is barely aware of the larger conspiracies and evil corporations behind his adventures, and he certainly hasn’t been trained to fight them. Ethan is an everyman by design, a character who exists as an avatar for the player in a really confusing and frightening situation.

In Resident Evil 7, Capcom smartly used Ethan as the point-of-view character in order to strip down the franchise’s winding tale of global conspiracies and biological warfare to something much more intimate but no less terrifying: a guy stuck in a creepy mansion full of homicidal maniacs and sludge monsters. The game just wouldn’t have had the same effect had a seriously ripped Chris Redfield kicked open the doors of the Baker estate to kick parasite ass.

My point is that throwing a 9’6″ vampire queen at Ethan seems like overkill, but bosses that tower over even the most ordinary human protagonists aren’t all that rare in video games. In fact, the specific tradition of tall vampire bosses hearkens back to one of the longest-running horror game franchises in history: Castlevania.

If you’re one of the lucky ’80s kids who played the original on the NES, you likely remember the game’s final boss fight with the Prince of Darkness, who stands several heads taller than the tough-as-nails, whip-wielding Simon Belmont.

After fighting your way through a gauntlet of Universal Monster-inspired creatures, you finally reach The Count’s coffin. Entering the the chamber, only the vampire’s purple head appears out of the shadows at first before the Count’s true size is revealed. It’s a classic gaming moment that likely intimidated many children back in 1986, even if the boss fight itself seems relatively uninspired by today’s standards.

The Count’s height and modes of attack bring a lot of verticality to the fight, as Simon must jump over the fireballs the vampire shoots from behind his cape and land a hit with his whip on his way down. And when The Count transforms into his final bat monster form, Simon must again jump around and hit the creature’s weakpoint, his head. Needless to say, The Count’s height is his defining feature here, just as it is Lady Dimitrescu’s in promotional materials for Resident Evil Village.

Trevor Belmont faced an even more imposing version of Dracula in Castlevania III, one with multiple forms, including as a giant floating skull monster. Again, the focus of the fight is The Count’s sheer size. And when the series transitioned to 3D with Castlevania 64 in 1999, it continued that tradition.

My guess is that Ethan’s inevitable battle with Lady Dimitrescu will share few similarities with the more platform-heavy boss fights of Castlevania but at least one aspect could make its way to Resident Evil Village: a horrifying final form akin to Dracula’s bat monster. After all, Marguerite Baker and Eveline had nightmarish final mutations in Resident Evil 7.

What could be waiting underneath Dimitrescu’s elegant exterior? The Maiden demo has already revealed that the vampire is hiding incredibly sharp claws perfect for impaling her prey, and there are likely to be more surprises.

Other similarities between Lady Dimitrescu and Castlevania‘s main villain are more obvious, such as the fact that the Resident Evil antagonist commands her own castle and minions. The game also features other enemies you’d be more likely to find in Castlevania than in Resident Evil until now, including a witch and a werewolf.

But while these are all classic horror tropes we’ve seen in other gaming franchises, Lady Dimitrescu’s arrival is an exciting new twist to the Resident Evil formula, and it’s not surprising fans are anxious to learn more about her ahead of the game’s release. She’s a new kind of Resident Evil villain, and judging by the reception so far, one gamers won’t soon forget.

Resident Evil Village is out on May 7 for PlayStation 5, Xbox Series X/S, PlayStation 4, Xbox One, and PC.