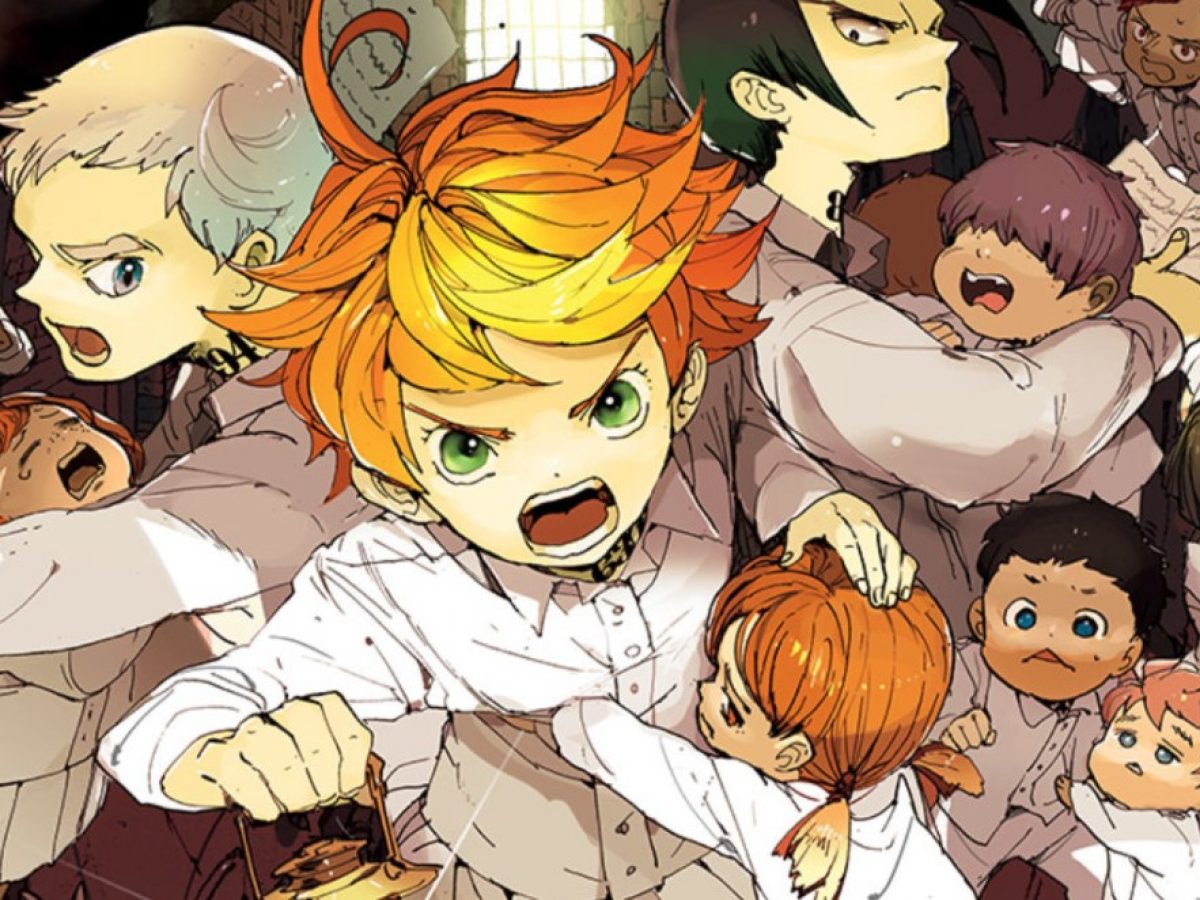 This Promised Neverland article contains spoilers for Season 2, Episode 5, as well as the manga source material.

While Netflix-watchers eagerly anticipate The Promised Neverland Season 2, fans who watch the anime on Hulu or elsewhere are five episodes into the second season, and—for the most part—are increasingly nervous about the series’ narrative choices. After the latest episode (Season 2, Episode 5), The Promised Neverland anime seems to be making major changes from the manga… and, by “changes,” I mean skipping entire arcs of the story, seemingly without any plans to replace them with narrative that bridges the beginning of this story with the end.

For anime-only fans (like this one), who have yet to read the manga, it is confusing. For fans of the manga who have been eager to see this full story adapted in anime form, it’s probably even harder to watch. Let’s talk about some of the major changes The Promised Neverland Season 2 has made from the source material, and whether or not they work…

The Rushed Return of Norman

One of the most-discussed aspects of Season 2, Episode 5 has been the somewhat anticlimactic return of Norman that comes at the end of the installment. With this plot twist, the return of Norman comes much faster in the anime’s story than it does in the manga’s.

In The Promised Neverland manga, there are 44 chapters between Norman’s sacrifice and the reveal that he is actually alive. It is another 44 chapters before he is reunited with Ray and Emma. In the anime, Norman is only absent for seven episodes, undercutting much of the emotional weight of this reveal and reunion. We’ll have to wait and see how this reunion plays out in the coming episode, but, for now, it feels like a bit of a missed opportunity, driven by the apparent rush to get to the end of this story. That being said, it’s good to have Norman back!

The Early Return of Isabella

The Promised Neverland viewers get a major surprise with the return of Isabella, aka Mom, in Episode 4 of the second season. This represents a big change from the manga, in which Isabella doesn’t appear for more than 100 consecutive chapters following the kids’ escape from the Grace Field House.

Honestly, not having read the manga, this change works for me. Isabella was one of my favorite characters in Season 1, as her relationship with the kids is such a complex one, and I like that the anime is increasing her role in this part of the story. The knowledge that she has been tasked with hunting down and retrieving her children creates a more tangible tension as we watch our kid protagonist go about their lives, and I am always cheering for an Isabella redemption arc.

The Removal of the Goldy Pond Arc

In the manga, Norman’s return comes in the Goldy Pond arc, which is considered one of the best and most action-packed arcs of the entire manga. As someone who hasn’t read the manga, I can’t lament the apparent loss of this arc, and the characters (like Yugo/Mister) who may be lost because of it. That being said, watching the anime, it does feel like we have jumped over part of this story, which leads me to my next point…

For an anime-only fan, the most jarring aspect of Season 2 has been the pacing, which is perhaps best exemplified by the timeskips that have happened in the last few episodes, amounting to more than a year of in-universe time, or at least 80 chapters in the manga story.

Between Episodes 4 and 5, the characters seem to grow up overnight, and without much comment or explanation. For a show that centers on such young characters, a year-long time jump should not be taken lightly, as a year in a kid/teenager’s life can represent monumental growth. Thus far, The Promised Neverland hasn’t done much to contextualize that growth. Even if nothing “important” happened plot-wise during those time jumps, there needs to be a greater recognition of how that time did or didn’t change our characters—otherwise, it is incredibly jarring for us viewers.

It’s important to note here that the manga did include timeskips and that the narrative device can be an incredibly successful one, even in stories features kids and young adults. However, time jumps need to be contextualized within not only a plot arc but a character arc to work. It would have been nice to see what survival looked like for these kids over the course of the year, how they learned to fight and defend themselves. It feels like an incredibly important part of their development just completely skipped over in favor of getting to Norman’s return and closer to the manga plot’s conclusion.

Will The Promised Neverland End After Season 2?

The most concerning aspect of the rushed pacing of Season 2 is that it seems to imply that The Promised Neverland will end after its second season, as we are getting very close to the manga’s plot conclusion, which wrapped up after 20 volumes.

…Unless the anime is taking a different tactic, and planning to extend the story past the manga’s ending. It was previously reported that original series author Kaiu Shirai would not only be involved with the scripts for The Promised Neverland Season 2, but would also be contributing an original scenario for the second season. As the show increasingly deviates from its source material, it’s not clear what qualifies as an “original scenario,” but could it be a change to the ending in that it is not an ending? This is a bit of a jump, but I am love to speculate, and I am looking for an explanation for why the anime has seemed to hit fast forward on its plot in the second season that isn’t just: they’re planning on ending it.

Most The Promised Neverland fans have not given up on the anime. With six episodes left in the 11-episode second season (including one recap ep in the form of Episode 6), there’s still room for this adaptation to nail its Season 2 ending, for both anime-only and manga fans alike. Hopefully, concerns about the series’ confusing deviations from their source material will prove unwarranted. For now, we’re all just along for the ride.

What do you think of The Promised Neverland Season 2? Do you think the changes from the manga could be a good thing or will the second season be judged a mess? Let us know in the comments below.