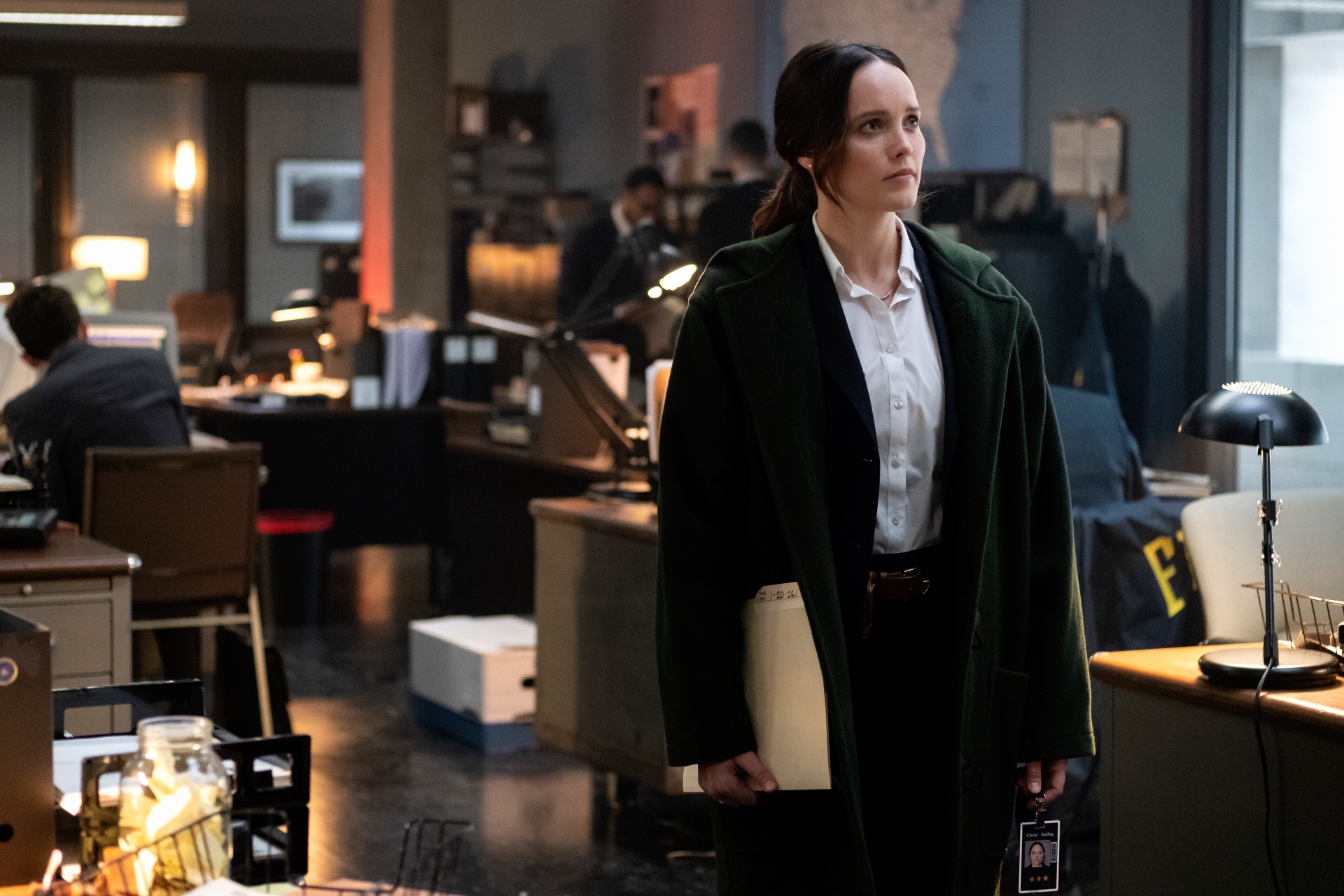 This Clarice review is based on the first three episodes and contains no spoilers.

CBS’s new federal cop procedural Clarice is a little bit grittier than the majority of crime shows on network TV. It also flips the perspective on the mainly male POV of the genre. Both of these innovations can be attributed to the source material. The series is a sequel to the story told in Jonathan Demme’s psychological horror classic The Silence of the Lambs. It distinguishes itself from the film and the original book in two ways. The first is the crimes which are being investigated. There is no traditional serial killer. Oh, there are people who fit the legal definition, that’s part of the setup, but Clarice is playing a longer game. The VICAP Fly Team, the exclusive unit on the series, is after something far more insidious.

Clarice is set in 1993, about a year after the Jame Gumb, aka “Buffalo Bill,” case. Rebecca Breeds, best known for her role in Pretty Little Liars, plays FBI Agent Clarice Starling. The newly tapped agent made quite a name for herself, saving the now-Attorney General Ruth Martin’s (Jayne Atkinson) daughter after almost becoming a victim of the very madman she was chasing. She’s also made quite the mess of herself, which no one really seems to appreciate as Clarice is yanked out of therapy before the opening credits of the first episode are done rolling.

Besides the usual challenges of a pioneering woman professional working in a man’s world, Clarice also faces the toxicity of the bruised male ego. She hit a home run the first time at bat, when she was only a designated hitter to begin with, and was voted most valuable player. The general consensus among her immediate superiors, like Deputy Assistant Attorney General Paul Krendler (Michael Cudlitz), is it had to be luck, or help from someone one the inside. Of course, no one can ever speak about the inside man. Clarice can’t mention his name on stakeouts, hearings, the water fountain, or late night at a bar. She can’t even mouth it during therapy.

This is the second way Clarice differentiates itself from the original film and author Thomas Harris’ book. Hannibal Lector has nothing to do with this series. The rights to the characters are split between MGM and the Dino De Laurentiis Company. Clarice gets Hannibal’s leftovers. As far as we know, the not-so humble humanitarian is still at large, but it’s like they’re serving up a bloodless vegetarian meal.

The gore is pretty amazing. The makeup and effects team are highly skilled at getting just the right bite marks, and it shows. There is a disturbingly cool effect with human hands coming out of a monarch butterfly in episode 3. Clarice borrows some of the film’s modus operandi, such as making note of dumping bodies in water to destroy any trace of evidence. While the series subliminally evokes Silence of the Lambs, it stops far short of copying the distinctive look Demme got for the film.

This doesn’t stop the series from capturing some peculiarly dark angles. Pulling bodies from a river is never pretty, and some of the settings are pretty grim. During the first episode, one of the agents takes Clarice into one of the dingiest of drug dens in search of a next of kin. In the real world, the 1993 timeframe sets the series shortly after the FBI raids on Waco and Ruby Ridge, and the first World Trade Center bombing. The federal bureau was very much a man’s club back then, as Demme pointed out by framing scenes from Starling’s perspective.

In the film and book, Starling was leered at, drooled over, dismissed, and well, far worse, if you include the trauma she shared with Catherine Martin (Marnee Carpenter), the Buffalo Bill victim who was told to “put the lotion in the basket.” Catherine gets Buffalo Bill’s poodle Precious as a consolation prize. Clarice’s best confidante is Ardelia Mapp Ardelia Mapp (Devyn Tyler). She’s stuck logging evidence in the Cold Files department, a hard enough place to distinguish yourself besides being both a black woman in a white male office environment and a friend in the department who “is famous all over the world.”

Clarice has a reputation for catching monsters, and Attorney General Martin tells her it’s time she owned that reputation. But street cred is hard to come by. Like all too many procedurals, the main cop is at odds with the rest of the team. The conditions are exceedingly weighted against Clarice from the very beginning. Besides the general feeling everyone thinks she was just lucky, she is immediately labeled “not a team player” by her fellow officers. She’s pegged as a loose cannon, a sore loser, and a publicity hound by the first half of the first episode, and a rogue cop by the end. We get it. By episode 2, the audience just wants people to leave her alone and get on with her work.

In one episode, she’s the only agent the perpetrator will talk to. That doesn’t raise her esteem in the eyes of her peers, who already see power plays everywhere. Clarice tells a fellow officer she’s been called worse. Clarice has been known as the Bride of Frankenstein, Igor and Rapunzel, and says she’s on her way to a verified classification as a West Virginia granny witch. By episode 2 we wouldn’t be surprised if it somehow turns out Clarice really is one of those backwoods’ hag magicians. In one sequence, she just happens to hide in the same place an evasive child is hiding. Clarice also just happens to be able to reach a suspected shooter and get him to run to a command post unharmed. It doesn’t turn out like she plans, of course, but the coincidences are spectacular.

Breeds brings a great sense of control to Clarice, while still letting it slip that she’s on the edge of losing it. While she pulls off an artistic ambiguity, her eyes still telegraph clues so graphically you wonder why the other agents in the room don’t get it. It is certainly elusive to her department-appointed therapist, confrontationally played by Shawn Doyle. We learn more about Clarice from what she tells the killers than what she admits in therapy. One charismatic desperado learns Clarice was raised in West Virginia. Her father, a marshal, was shot on night duty when responding to a robbery. Clarice’s shrink gets sidelong glances and faraway stares, also one eye-roll, very subtle.

Clarice, like Evil, are good examples of how CBS is attempting to subvert genres for unexpected twists.  The series comes from executive producers Alex Kurtzman and Jenny Lumet, who are also developing Blackbird: Lena Horne and America for Showtime. Silence of the Lambs was a very original film and it’s a little sad to see it so easily turned to formula. As a procedural on a network, it is an interesting ride, but the first three installments haven’t evoked a rollercoaster. Every episode ends on an almost spiritually uplifting note. It feels like it’s time, however, for the relative comfort to be stripped. Clarice gets a confession on tape which exposes a dire conspiracy. It’s only a matter of time before it hits home.