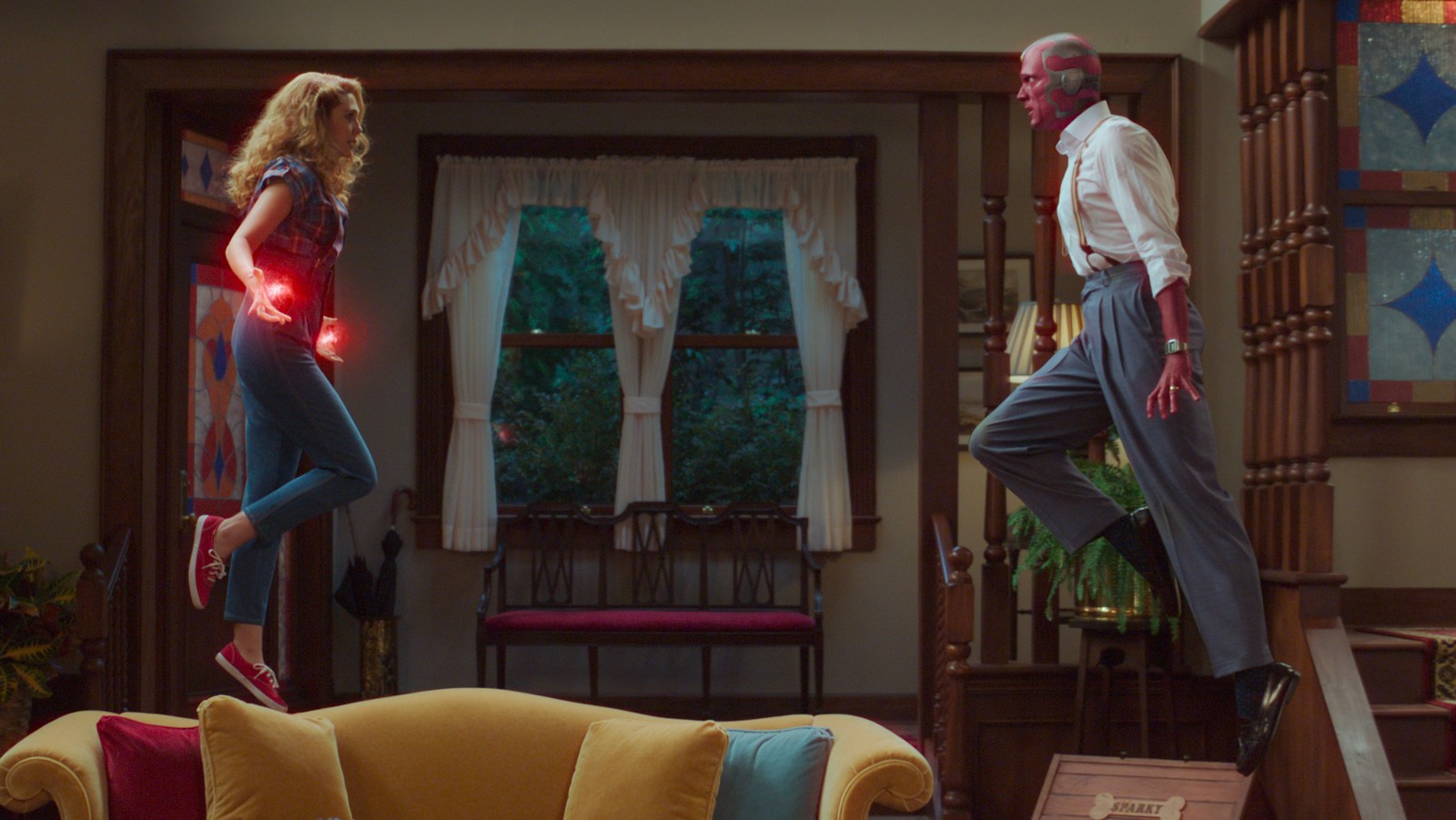 As WandaVision barrels into its final four episodes — following the game-changing finale of the show’s fifth installment, “On a Very Special Episode…” — the suspense and drama in the show is ramping up at increasingly high levels. But the anticipation and hype about the program itself is also continuing to build, particularly among Marvel fans who wait patiently for the show to reveal all its cards and deliver on the implications that have been laid out in the past five weeks like a trail of quantum breadcrumbs.

At this point, however, that pressure is nothing new to WandaVision head writer Jac Schaeffer. Just like it did to the rest of the entertainment industry, the pandemic threw Marvel’s Phase 4 rollout into disarray — only for this wildly experimental show to land in the front-facing position as Phase 4’s opening gambit and introduction to the next era of the ever-expanding MCU.

“There were so many levels of pressure on this show that that particular point of pressure wasn’t any more intense than any of the others,” says Schaeffer during a chat over Zoom with Den of Geek. “I actually think that debuting on Disney+ was more intimidating being the first one out of the gate, but that’s just my scared self talking. There was a louder voice in my head saying that it’s worked out so well. I think that because of the year that we’ve been through, it does somehow feel right that the show is debuting in this way at this time.”

Schaeffer also claims that any changes or adjustments that she, director Matt Shakman and the rest of the production ensemble on WandaVision may or may not have had to make once they learned they would be leading the charge were just business as usual for the mighty Marvel machine.

“There’s adjustments and tweaks all the time, because that’s really how things operate at Marvel,” says Schaeffer. “There’s always room for improving upon what’s there. And there’s constant discoveries about how to make things more exciting for the fans and to make the stories interweave in more exciting ways. So it’s just an ongoing process.”

Of course, as well known before the show aired, that process started with an unusual idea from Marvel chief creative officer Kevin Feige: what would it be like if we placed two of the MCU’s most powerful superheroes, the psychically enhanced Wanda Maximoff/Scarlet Witch (Elizabeth Olsen) and the cosmically powered synthezoid Vision (Paul Bettany), into a sitcom? And what would happen if that sitcom format jumped from decade to decade over the course of each episode?

With that groundwork laid out, Schaeffer’s job as head writer was to flesh the initial premise out and make it into a coherent narrative that nevertheless took some big swings and incorporated a lot of other ideas and elements from the MCU. “When I was invited to pitch it, it existed as Kevin’s concept,” she recalls. “They had a lot of ideas and a lot of them were very exciting. Some of them were conflicted because it was just a big sort of kitchen sink of exciting ideas. My task was to make sense of that and to find a through line through all the really noisy and exciting ideas.”

While the framework of the show stayed mostly the same, it developed even further as the creative team expanded. “Once I hired a writers’ room, the content of the episodes shifted a bit and we just got closer and closer to — everything just got more cohesive in establishing the rules of the world and having everything be supportive of the larger story that we were telling,” says Schaeffer now.

One advantage that Schaeffer had was that she had already worked within the Marvel creative system: she did some work on the screenplays for both 2019’s Captain Marvel and this year’s upcoming Black Widow (she’s not credited on the former but has a story credit on the latter) and was already familiar with the Marvel development and production process, even if the job of head writer on a TV series was new ground for her.

“I wouldn’t say it was easier,” she says when asked if her previous experience helped her gear up for WandaVision. “But I think it was absolutely to my benefit that I had that experience and knew a lot of the executives and understood their particular development process, which is unique and as you can see very successful. So that was really, really helpful. And I think, as you said, this was my first time running a writers room and doing that new task in an environment that I was familiar with was very helpful.”

As for what that writers room has in store for us in the weeks ahead (note: this interview was conducted before the airing of episode 5), Schaeffer has also learned the Marvel method of answering such questions in the most non-direct way possible. Exhibit one: we ask her if the sitcom format — which is now stretching into the 1980s — will continue throughout the length of the show.

“That’s a tough question to answer. I’ll say that I and my team are acutely aware of not wanting to abuse the patience of our audience,” she responds. “As a viewer myself, and as a fan myself, I love a slow rollout, but I expect the creators to stick the landing. If I’m going to pay attention, if I’m going to invest myself and my time, I want to believe that I’ll be rewarded for my attention and for my love. And that’s what we’ve tried to do.”

For our final question, Schaeffer answers in a way that is sure to make Kevin Feige — the master of press misdirection — proud. With WandaVision alluding now to the existence of other universes, and Wanda herself confirmed to appear in Doctor Strange in the Multiverse of Madness, is Schaeffer (metaphorically speaking) going down the hall to where Sam Raimi and his team are working on that film and sharing notes? And since Monica Rambeau (Teyonah Parris) is a major character on the show too, does Schaeffer have occasional chats with the Captain Marvel 2 folks?

“There’s a lot of communication at Marvel that is overseen by the tremendous executives there,” she says, choosing her words carefully. “And so I’m told what I need to be told for my particular job. And I have access to some of the other creatives on other projects, sometimes socially, sometimes because of the work. I just consider myself lucky to be part of the community.”

New episodes of WandaVision premiere every Friday on Disney+.