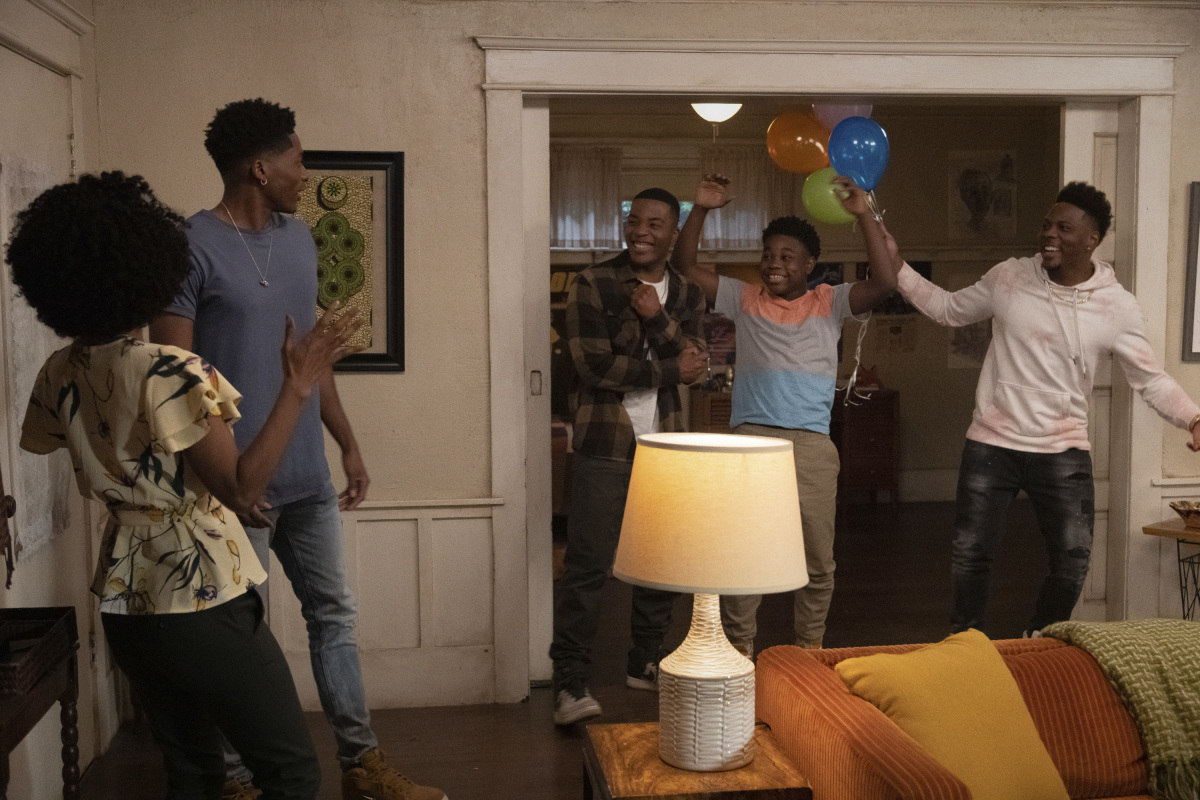 This All American review contains spoilers for Season 3, Episode 4.

I don’t know how many times I’ve said this, but All American is one of the best teen drama shows out there right now, and it only keeps getting better. I had a favorite episode last season, and it was Season 2 Episode 7, “Coming Home,” where I bawled my eyes out. And now, in its third season, All American continues to deliver an outstanding episode of TV that I can’t stop raving about. Let’s discuss…

My heart is happy. I felt so many emotions watching an actual therapy scene between two Black men, something you almost always never see displayed on TV. Way to break through the stereotypes and the stigmas surrounding mental health and Black men on TV like that. Other shows, take note. If anything, the episode shows you just how much going to therapy can save your life, put a new perspective in you that wasn’t there before, or even the simplest thing: allow you to understand that your feelings are completely valid and acknowledged. With Spencer, we reached a pivotal breakthrough at the end of the episode, a heartbreaking one if anything when he comes to the realization that his stuck point is in fact Coop (Bre-Z), his best friend and his confidant.

The realization, and the way that they tied that in with the first scene between Coop and Spencer about how Coop didn’t think Spencer going to therapy was necessary for Black people, came full circle. The cause of Spencer’s entire stress and worries has been Coop. Knowing that and feeling that for Spencer is going to not only hurt, but I predict that it will also shift the dynamic of their closeness and we will see that distant feeling coming into play on screen. When you really think about it, Coop is about the street life and she always will be from as far as we know and she doesn’t want to change that side of her. Anybody connected to her will eventually be affected by her decisions in some shape or form. It’s good to see that he’s finally seeing this in his own eyes, because he’s been blinded by it this whole time .

In this episode, Spencer finally recognized that he can’t always save the people that he loves, even when it puts him in the worst possible situations. He can’t always be the hero to everyone’s stories and that’s okay and seeing that therapy has played in that part, from just only one session is really a sight to see. You know what that is? Growth. It’s tough, but he had to realize that sooner or later.

Home is What You Make It

Darnell’s (Da’Vinchi) says goodbye to the almost home he could have had. I hate the fact that he had to feel like it was his fault for allowing himself to get attached to everyone and be comfortable. His scene in this episode made me so sad for me, and it’s a situation that many kids actually go through when they have families that are in the military.

Darnell’s introduction to the show was sweet and I thoroughly enjoyed watching him grow from being someone Spencer couldn’t stand because of the relationship he had with his late father, to the brother-like figure he is to him now. Scenes between Darnell and Spencer are amongst my favorites and, again, it cannot be overstated how important and rare it is to see the depiction of Black teen men, or men in general, being close and brotherly on screen. Does this mean Darnell’s character is out of the show for good? I really hope not. I need him to return again soon.

You Love Her, Spencer. Just admit it.

When I tell you I legit screamed during that scene when even the therapist himself had to tell Spencer what he’s been in denial for all this long, like…it’s so obvious. These moments on TV are fun to watch the character react like nothing is really up.

How can you not see that, man? She is your day one; she is your person. The angst I mentioned before is too real between these two and I feel like the writers were smiling when they wrote this scene because they knew the viewers (like myself) would get a kick out of this one. To have that much chemistry and happiness with someone like that is rare and those two clicked from the start and seeing them together like that is fireworks. They just fit so well and I cannot wait to see more between them.

Another great thing All American does in this episode is that they finally laid the curious minds like myself feel easy when we actually see Simone (Geffri Maya) and Jordan (Michael Evans Behling) on the same screen together. If you noticed, we haven’t seen them share any screen time since the premiere and they’re supposed to be together. We’ve got an answer as to why and it makes sense. In any show, whenever the character decided to give up their baby for adoption, the lingering second thoughts of “I want my baby back” never fails to come up and they did just that with Simone’s character. It’s realistic and not something to be ashamed of, especially when you’re still a teenager like Simone. Jordan does what he does best in trying to help but makes matters complicated. His focus on Simone is a little too much at times, but the boy is in love and he’s also a teen which makes him forget about his own priorities at times and it shows.

Shoutout to the show for taking the time to use the proper terms for mental health issues, it shows you how much a TV show cares for this subject and depicts the topic on screen the right way without putting on false narratives.

Although Billy and Laura are not together, the way they’ve been co-parenting in a healthy way is great sight to see. We need more of this.

Ashe just doesn’t know how to learn from his mistakes and they way he doesn’t get how much privilege he has a white man is irking to watch. Don’t throw away that growth, you were just getting there!

Layla suing her father’s label company? We love to see it.

I don’t know what I’d do if I had a father as frustrating as Willy. It’s like Billy can’t catch a break with him. But boundaries are important and he knows how to set them with him.

Shoutout to Jamie Turner for writing an exceptional episode of All American, and the wonderful writing team that delivers fantastic writing each episode.