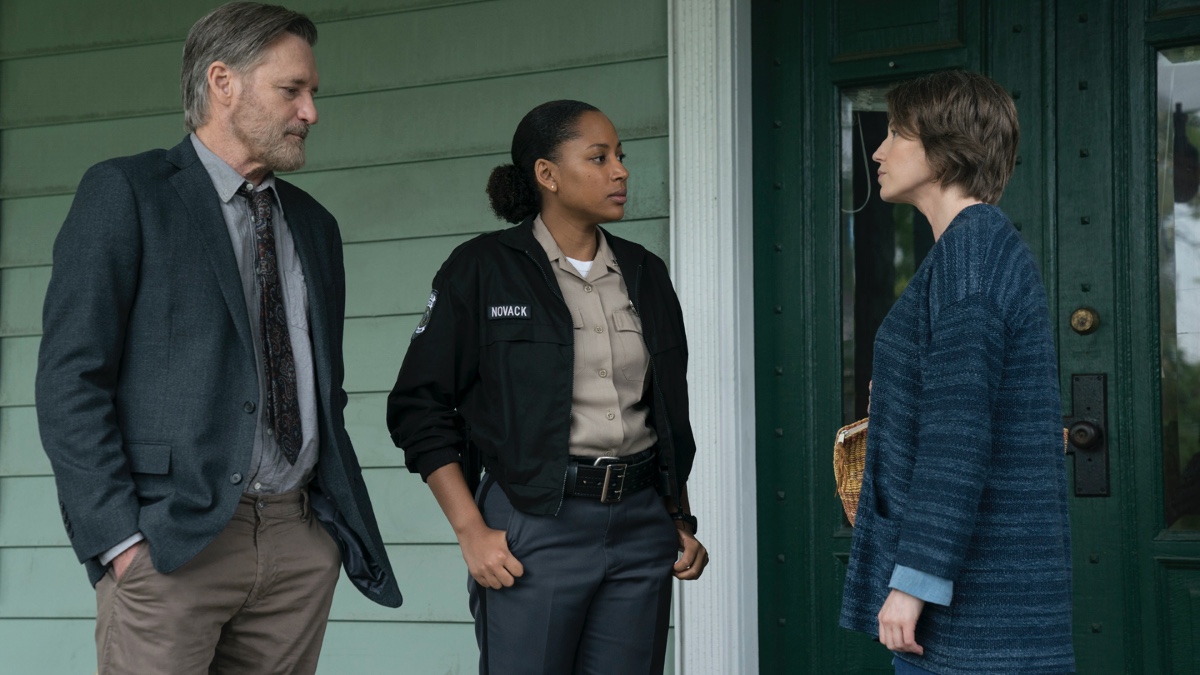 Why do we love detective series so much? Perhaps our little human brains are attracted to mystery. What is our experience with the world at large if not one big mystery to uncover? Or perhaps it’s the promise of answers within that mystery that compels us so. Certainly those are big factors but one aspect of detective stories’ appeal can’t be overlooked: the detective themselves.

From a nuts and bolts storytelling perspective, there is probably no more ready-made protagonist than a good detective. A detective is like the viewer themselves – thrust into unfamiliar circumstances and then asked to use their skills of observation and deduction to figure that situation out. The appeal of a good detective story is truly elemental. And that’s why you should be watching USA Network’s The Sinner, all three seasons of which are now on Netflix.

The Sinner premiered on USA Network in 2017. It was originally intended as an eight-part miniseries based on German writer Petra Hammesfahr’s 1999 novel of the same name. The show relocated Hammesfahr’s mystery from Germany to upstate New York to tell a self-contained tale about one detective taking a second look at what appeared to be an open and shut case.

Bill Pullman (still the best fictional U.S. president ever) stars as Harry Ambrose, a bearded, surly police detective who tends to pick up on things no one else notices. The first season saw Ambrose investigating the case of Cora Tannetti (Jessica Biel), a traumatized woman who randomly stabs a stranger to death on a beach after seeing him kiss his girlfriend. The story of Cora evolves over eight episodes and in perfect detective series fashion, proves that everything might not be what it seems.

Despite burning through their source material (and the ultra successful Jessica Biel’s availability), The Sinner opted to anthologize its format, bringing Pullman back for Ambrose in season 2. That season debuted in 2018 and co-starred Carrie Coon as a mother to a troubled child. The third season premiered in 2020 and featured Matt Bomer as a popular teacher who got in a mysterious, fatal car crash. That third season just arrived on Netflix this month.

If none of this sounds particularly novel or groundbreaking, that’s kind of the point. Through three seasons, The Sinner hasn’t done much differently from the hundreds of equally capable detective stories that precede it. And you know what that makes it? A great detective story that’s still worth watching.

Do You Have to Watch The Sinner in Order?

Each season of The Sinner focuses on a new crime story, and on a new individual. The show’s interest in the troubled people at the center of these crimes extends to the point where each season is named after them. Season 1 is called “Cora,” 2 is “Julian”, and 3 is “Jamie.” Each and every time around, Detective Harry Ambrose is the mostly static presence while the new people around him prove to be new, interesting, and particularly unassuming.

That particular dynamic makes the experience of watching each season even more distinct than a typical anthology series. It’s entirely possible to watch the show in whichever order one should choose. Netflix even currently has the seasons presented out of order, with the newest “Jamie” appearing as the first option in the show’s queue. In fact, each season contains only a few oblique references to Harry’s previous cases each time. In the season 3 premiere for instance, Harry’s superior officer mentions that he’s appeared stressed ever since “ever since that case last summer with that god damned kid.”

Now that reference likely means a hell of a lot to anyone who watched season 2 and Harry’s experience with that god damned kid. But for the viewer coming to the story for the first time, that sentence communicates pretty much everything we need to know about Harry already. It’s no different from a brief line of expository dialogue included in a self-contained detective movie. The guy is stressed. Why? Because he’s seen some stuff, now let’s move on.

Anthology series may still feel like a relatively new phenomenon on television, but in the hardboiled detective story world, there are essentially a given. Detective fiction is truly ancient (some scholars believe it spans to the Old Testament), but our conception of what makes the backbone of detective fiction in the West basically begins with Sherlock Holmes. And since Holmes, the anthological format has been largely unchanged. The detective stays the same and the cases change.

We can see that on television in series such as Strike, Mr. Mercedes, and more. The Sinner isn’t seeking to upend the formula – only to work as well as it can within it. The fact that each installment is particularly distinct is a bonus for anyone who wants to dive into whichever quick eight-episode mystery they choose. Add Bill Pullman’s workmanlike upstate New York accent into that and you’ve got yourself a sleuthy winner.