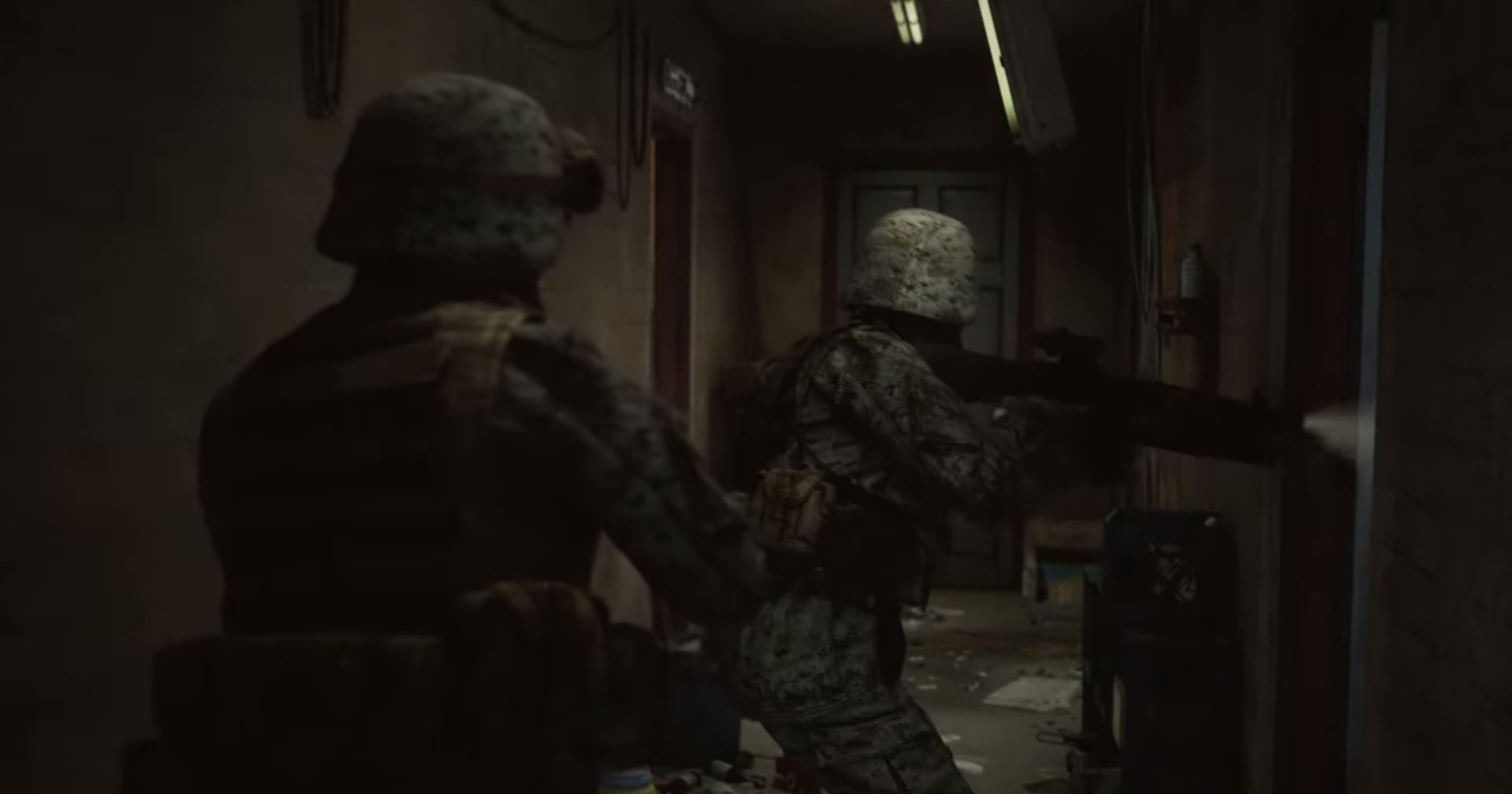 On a day when Gina Carano was fired from The Mandalorian and Post Malone revealed he’s putting on a concert to celebrate Pokemon‘s anniversary, the most surprising announcement of the past 24 hours may just be the reveal that the formerly abandoned video game Six Days in Fallujah is being revived.

It’s hard to know where to start with this one, so let’s just go back to the beginning. In 2009, Konami announced they were publishing developer Atomic Games’ upcoming military shooter, Six Days in Fallujah. The game was set to recreate the events of the Second Battle of Fallujah: a 2004 conflict that remains one of the deadliest battles of the Iraq War.

The game was long seen as something of a passion project for Atomic Games who was helping to develop training tools for the Marines when some of the soldiers assigned to advise them were deployed to Iraq and fought in the Second Battle of Fallujah. According to Peter Tamte (the former president of Atomic Games), some of the Marines that came back brought up the idea of making a video game based on their experiences.

From there, Atomic Games set out to create what they have previously described as the most realistic military game ever made and, at times, something spiritually closer to a survival horror title. It was a project that was supposed to feature destructible environments, prolonged moments of tension, and details so accurate that the team intended for it to serve as a “meticulously recreated in-game version of Fallujah” that would leave you feeling as if you were “experiencing the events as they really happened.”

Those plains were derailed in April 2009 when Konami announced that they would no longer publish the game after receiving numerous “phone calls and emails” from gamers, political representatives, and even military members who were stunned and upset by what they heard. Atomic Games tried to find a new publishing partner but, despite claiming the title was essentially finished around that time, were unable to do so.

That brings us to now. Today, Victura (which was founded by Peter Tamte) revealed they have partnered with Highwire Games (a studio that includes notable former Bungie talent) to revive Six Days in Fallujah as a tactical first-person military shooter. Much as it was in 2009, the announcement was quickly met with concerns and confusion.

Why does this project remain so controversial? Well, the timing of the game’s originally intended release was certainly a factor (many felt it was in bad taste to release a game about a real battle so close to the battle itself), but the circumstances of the conflict remain a divisive talking point. From the reported use of white phosphorus to the number of civilian deaths and the battle’s status as one of the deadliest conflicts in an already controversial war, Fallujah remains one of the more contested moments in the last 20 years of U.S. military history.

That brings us back to the game. While Atomic Games seemed to be doing their research during the game’s initial development period, there were always concerns regarding how the team was going to approach the subject matter. For instance, Tamte once said that the game was not “about the politics of whether the US should have been there or not” and that the debate concerning that topic was “something for the politicians to worry about.” However, he also spoke of creating a military game that offered “insight” into what happened. At one point, he even mentioned that “insurgents” were “involved in the creation of the game as well” in an attempt to get the “perspectives of all the people who were involved.” There were always concerns that the team was aiming very high and that some of the inconsistencies of their statements suggested they didn’t quite know how they were going to get there.

Admittedly, it’s difficult to talk about the content of a game that was never released and has likely been changed quite a bit since 2009. That’s why much of the conversation at the moment is based on why this seemingly abandoned game that has been controversial from the start is being revived now. The answers we’ve gotten so far tend to suggest that the opportunity to revisit this idea just finally presented itself, but there’s another theory out there that those involved with the revival haven’t formally addressed as of the time of this writing.

While the subject of the U.S. military using video games as a recruitment tool has long been a hot topic (the U.S. Army once funded and developed a game partially designed for the purposes of recruitment), the topic was reignited recently when the U.S. Army was recently accused of using fake giveaways and other misleading tactics during Twitch streams.

There have also been some concerns regarding the tone of Six Days in Fallujah‘s new trailer. Mixed with questions regarding potential historical inaccuracies are fears that the game promises a “moment of truth” while, at least initially, seemingly failing to address many of the events and circumstances that have kept this battle in the conversation for over 15 years.

Where does this leave us? Well, the one thing nearly everyone seems to agree on is that nobody saw this return coming. Many of the questions surrounding this project remain unanswered and will probably need to be answered at some point.

As for the game itself, that too is again difficult to talk about without learning a little more about the modern version of this title. As games like Spec Ops: The Line proved, video games are indeed uniquely capable of showcasing the horrors of war in a way that is very much worthwhile. There’s also certainly been no shortage of memorable military games over the years that were, at the very least, compelling from a gameplay or cinematic standpoint.

Whether Six Days in Fallujah can join the ranks of those illustrious titles remains to be seen. At the moment, though, the game’s biggest talking point indeed remains the seemingly simple question, “Why?”