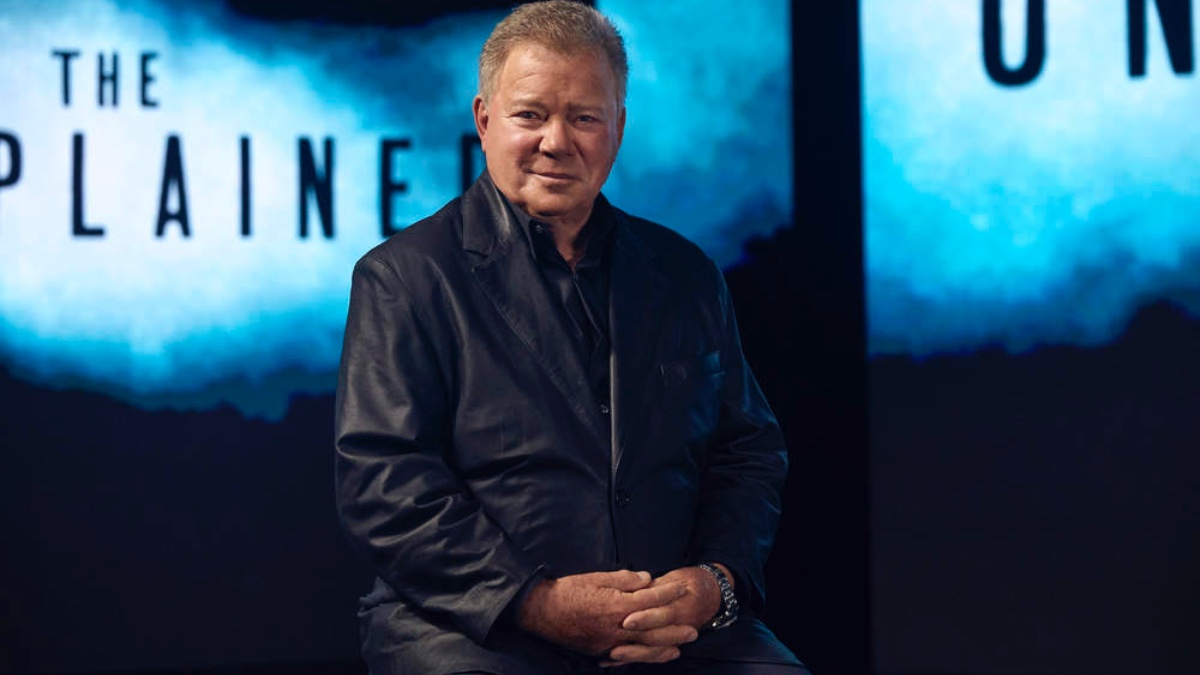 Crossovers are all the rage in the superhero genre, but Friday, Feb. 12 will be the crossover event of the year for the paranormal field.

Willam Shatner’s The UnXlplained and Ancient Aliens are combining forces to figure out the mysteries of the universe. Typically, Friday nights on the History Channel include Ancient Aliens, then an episode of The UnXplained. This Friday, however, History will join the shows together in a two-hour special. Shatner is joining Giorgio Tsoukalos and the Ancient Aliens crew for a special called “William Shatner Meets Ancient Aliens.”

Den of Geek was able to catch up with Shatner and get some insight into what to expect on Friday’s crossover event and his thoughts on UFOs and extraterrestrial life. This interview has been edited for length and clarity.

Den of Geek: What do you think of the ancient alien theory and the possibility that aliens have visited this planet before?

William Shatner: Well, that’s the question that I delve into for two hours this Friday on the History Channel from nine o’clock ‘til 11 (p.m. ET). That is a very overwhelming question, because if aliens did come here, or are coming here, and that they exist, it means that we’re not alone in the universe. And if we’re not alone in the universe, if there are other entities, that means there are billions of entities. That means that the universe is alive, vibrating with life. Actually, I think that’s so.

The mysteries are so profound, and the meanings are so profound that a fascinating discussion can take place. It took place between me and a group of people who are authorities on ancient aliens. I had a passionate discourse for two hours with them about this very subject.

In the show, do you visit some of those ancient alien sites, or have you been there yourself? For instance: those walls and Pumapunku. What do you think of some of these places?

You’ve just mentioned some of the mysterious things there are. There are heavy blocks of stone that engineers today with modern equipment would have difficulty, or maybe it’s even impossible, to lift and transport. And yet, these ancient civilizations were able to accomplish engineering feats that we don’t know how they did it. We, with all our mathematics, our computers, don’t know how certain things were done thousands of years ago.

Since The UnXplained has been on the air, there has been a lot of UFO news, from the Navy taking it seriously to the Senate intelligence committee wanting more information. What do you make of all this?

You have this Navy footage in which we see weird things, not only on the Navy-filmed radar but on the ground where the Navy air force is being guided. This isn’t like a glitch happening to a radar screen. And it looks like some unknown objects they’re filming and objects that make these wide dashes and abrupt changes and even come at them, almost a near collision of some kind, and we see it all on film. There’s no question.

No, this is really weird and unexplained. And it led me to this show, Ancient Aliens. The experience I had talking to these people, who are very knowledgeable scientists, who believe that aliens have been here, and discourse with them is sometimes very passionate. There’s a lot of screaming and yelling going on.

In Star Trek, of course, Captain Kirk had a hard time following the prime directive, but they did depict the Federation looking at and studying other intelligent civilizations secretly, cloaked. Do you think that might be going on, that we are being observed, and once in a while, we catch them in the act?

With Star Trek, Gene Rodenberry created this universe that was full of life and civilizations. And among the communities who follow this kind of stuff, there are some conspiratorial ideas. One of those is that Gene Roddenberry was aware that the government interacts with alien civilizations. Have you heard that conspiracy theory, and what do you think of it?

(Laughing) No, I don’t. I mean, there’s a lovely mystique to what you’ve just said. I don’t want to disparage it, but I don’t think Gene Roddenberry was in touch with the ancient aliens and kept it to himself.

Well, that’s what that ancient alien theory is all about. And that’s what Friday evening from nine ‘til 11 on the History Channel is all about because it’s a small jump from thinking if life abounds in the universe. We’re going to go to Mars in the next short time on a very primitive vehicle spouting all this gas and fire and heat and primitive energy. Why wouldn’t a more sophisticated civilization have more sophisticated means of energizing? I mean, the universe is filled with energy, light and heat and cold and explosions. The universe is alive with energy. Why wouldn’t an intelligent mind harness some of that?

Well, I’m looking forward to it. What was it like working with Giorgio and the Ancient Aliens crew?

They were fascinating people, and I loved talking to them, and I think you will love hearing it as well.