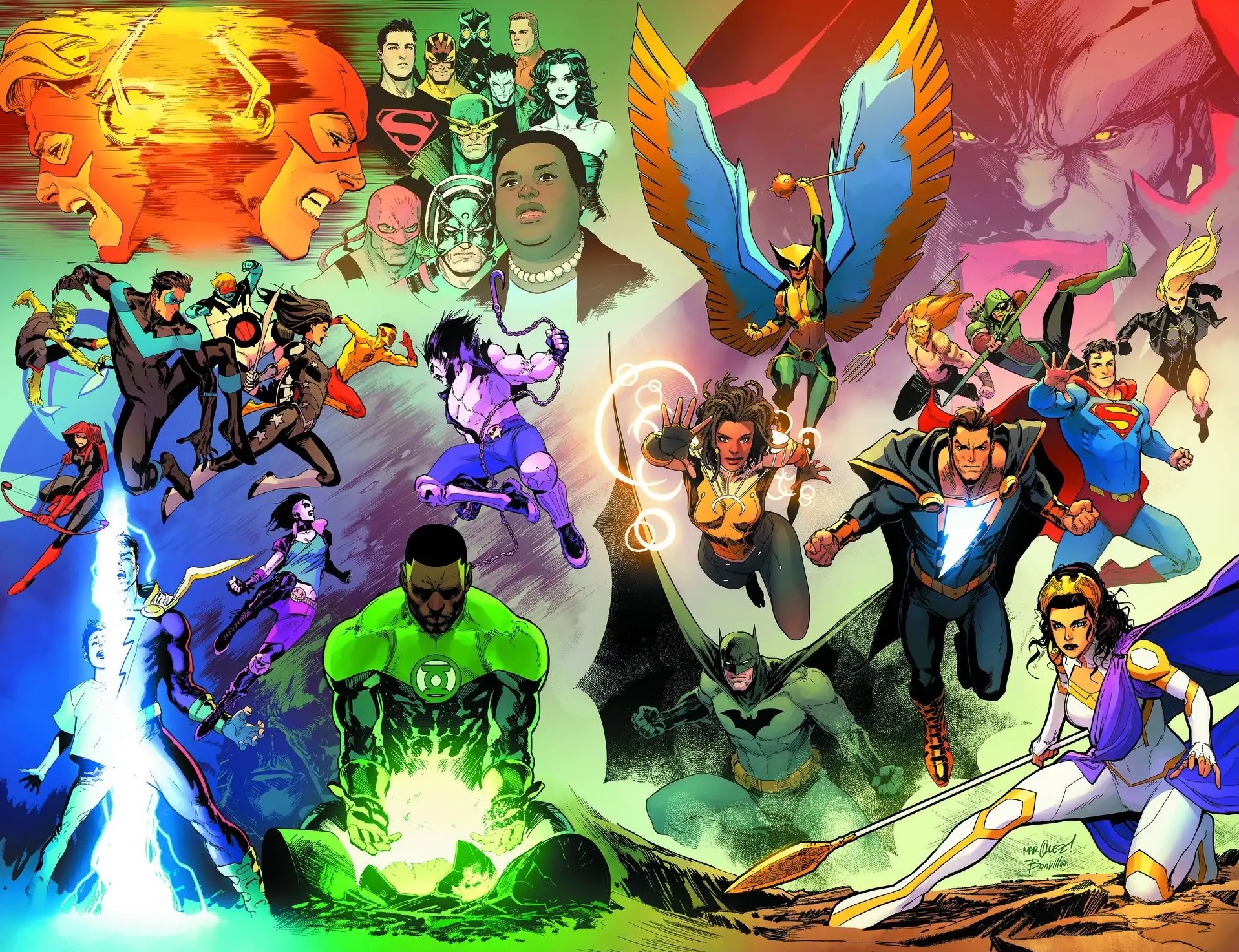 If you’re assembling a Justice League roster, names like Superman, Batman, Flash, Hawkgirl, and Aquaman spring immediately to mind. But what about Black Adam, Hippolyta, or new hero Naomi? When Brian Michael Bendis reunites with artist David Marquez in Justice League #59 in March, your perception of what a Justice League team can be might change.

Mr. Bendis told us what to expect about this new and unexpected Justice League.

Den of Geek: This is an interesting roster. It’s a very different kind of Justice League roster than we’ve seen in a long time.

Brian Michael Bendis: I was genuinely delighted by the reaction to the roster. I was ready for the pushback. But people seemed really into it. I think I have to thank Dwayne “The Rock” Johnson for laying the tracks for Black Adam so nicely. I thought it was going to be more of a pushback, but it wasn’t.

Oh, for many different reasons, but there’s a fantastic reason and it’s talked about in our very first issue. Green Arrow, concerned about if the Justice League is being everything the Justice League could be, wonders what justice means to everyone. It means different things to different people, so how can we be what we’re promising that we are, which is a Justice League for all, if our perspective is limited?

That starts an excellent conversation right in the middle of a very large event that happens to them. It opens some doors for them to think about who the Justice League should be and what they should be doing with their time.

Was this the first DC project that you talked about reuniting with David Marquez on?

Yes. We knew we were going to do something. I knew what I wanted it to feel like, but I wasn’t sure which title it would be. When Justice League came out, I’m like, “Oh, that’s it exactly.”

But because I know team books are very, very hard on an artist that I just wanted to make sure that he wanted in, and he did. And also, he does an amazing Naomi. He really draws a great Naomi and a great Superman and a great Batman. It’s just perfectly tailored towards him.

How far ahead have you planned out Justice League?

Quite a bit. This was offered to me as a long-term project. Also, I know people are very curious and interested about these new formats that some of these DC books, where there is a main story and a backup side story. I hate to say backup like it’s a bad thing… It’s another story of equal value being told. Justice League Dark will also be featured in it.

The roster as we see on the cover is not the complete roster. There’s going to be constant membership changes based on what they’re doing and where they’re going.

The people on this roster don’t all understand each other. Sometimes, when you have a classic team, whether it be the Avengers, the Guardians of the Galaxy, the Teen Titans, or the Justice League, there’s always a core group that have known each other a long time. They get each other, and sometimes that’s good and sometimes that’s bad.