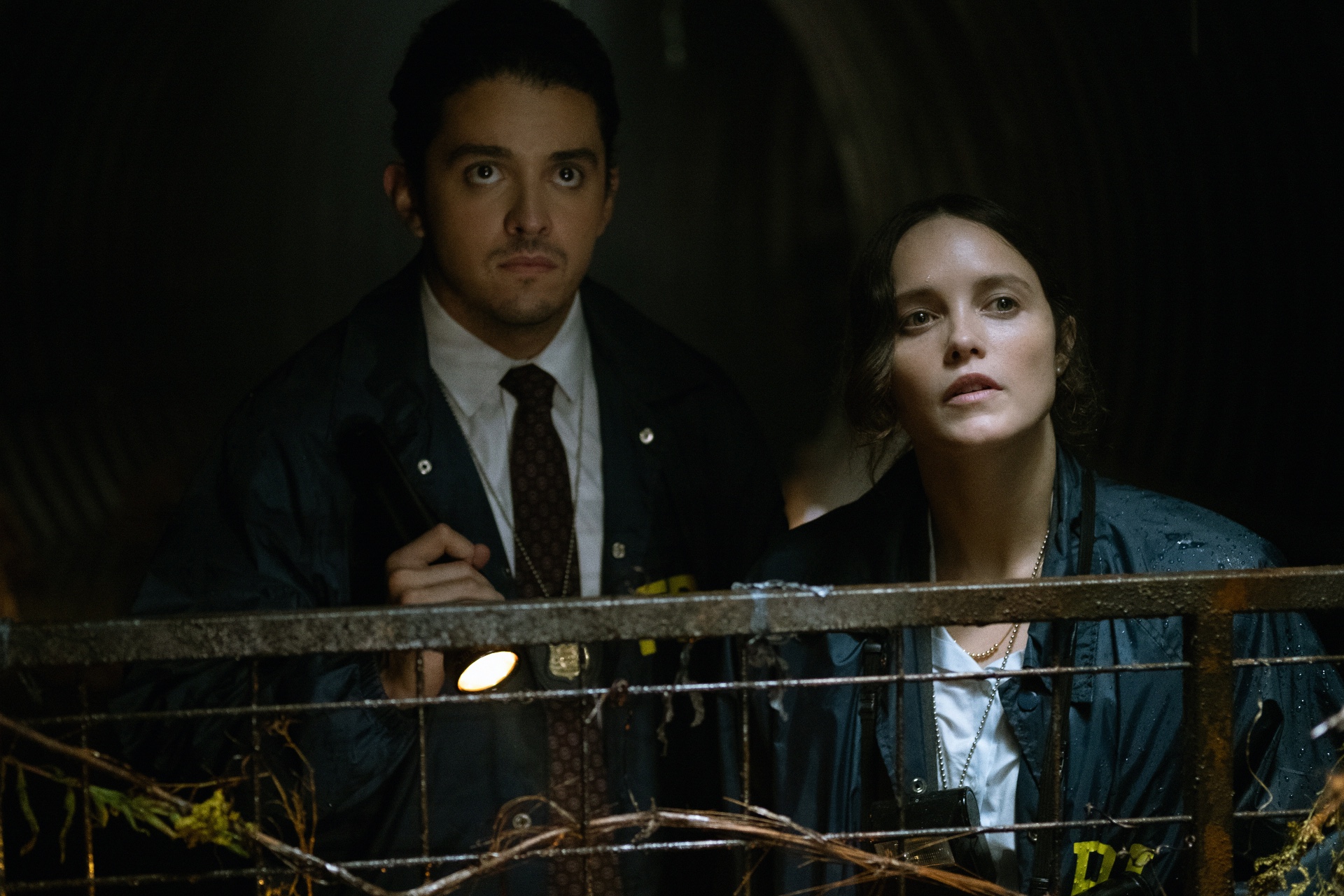 Clarice, episode 1, “The Silence is Over,” is a fairly literate title. It is set shortly after the events in the film The Silence of the Lambs, in the period when most agents should be reflecting on such an emotionally trying case. Especially since the agent, who was only a trainee at the time, was thrown into “Buffalo Bill’s House of Horrors” just like the women she was trying to save.

Agent Clarice Starling is not comfortable with the word survivor. She swears she was only doing her job, and Rebecca Breeds brings this work ethic to the forefront of how the world sees FBI Agent Starling. As she is mentally sparring with her department-appointed therapist, her eyes dart around the room, noting his movements, the way he sits, how he arranges his magazines. She profiles him as a matter of course. He probably wouldn’t agree with her findings. Clarice’s new therapist, played by Shawn Doyle, thinks she suffered “PTSD of the most egregious kind” and “should be taken out of rotation.” But she treads lightly.

He also thinks her last therapist was an inmate at a Baltimore hospital for the criminally insane, and as she protests this assessment, every facial tic and twitch says he has a point. Clarice can never say the name of the man who helped her catch the infamous serial killer “Buffalo Bill” (Simon Northwood), and it is maddening. It’s not a part of the therapy, but a little quid pro quo between networks. And when the government comes bursting through the door to rip Clarice from her session, before the opening credits, mind you, you might mistake them for lawyers making sure she doesn’t say too much. After all, “The Silence is Over.”

The series comes from executive producers Alex Kurtzman and Jenny Lumet, and while it looks like it will waste no time on self-reflection, it dives deep into psychology. This is a personal story of a groundbreaking FBI agent. Clarice Starling is virtually a celebrity in 1993, when the series is set. We see an establishing shot of this on the cover of the “Tattler” magazine in her therapist’s office. She’s been discussed on all the era’s news programs, and is roundly considered a hero, and a brilliant one. This also makes her a nut magnet. And that’s something the new attorney general, Ruth Martin (Jayne Atkinson), can appreciate, especially since her daughter was the only surviving victim of Buffalo Bill. AG Martin has no time for Starling’s therapy.

All this press doesn’t sit well back on the force, of course. Nobody thinks Clarice is up to the job. Her own immediate supervisor, Deputy Assistant Attorney General Paul Krendler (Michael Cudlitz), thinks she got lucky catching Buffalo Bill, and can’t wait to see her slip up. Until she does, of course, which doesn’t reflect that well on him in retrospect. That’s chain of command for you.

The new case involves “two dead women who floated down the Anacostia River,” and the attorney general thinks it’s the work of a serial killer. She’s so sure it’s a serial killer she wants Clarice to earn her “reputation for catching monsters,” and doesn’t want excuses. Martin certainly doesn’t want anyone swaying from the FBI narrative, and the serial killer talking points. She handpicked Clarice for a reason, and whatever reason it may have been, it’s got nothing to do with the junior agent’s real specialty.

Clarice’s specialty is behavioral science. It’s the one thing she wants to do at the bureau and the one thing the Attorney General says she can never have. It’s no wonder Clarice weaponizes her skills. The special VICAP task force loses her at “hello.” As soon as she hits the crime scene, she’s muzzled just as effectively as the cannibalistic madman who gave her sociopath tips on her famous case. Don’t do this. Don’t say that. You’re only here because you look good on camera, so shut up and never smile. It makes the FBI look bad. It’s a wonder, sometimes, Clarice doesn’t “flip out” on her peers, except that’s exactly what they want. This is how rogue cops are born on network TV. They don’t even give her a field jacket that fits.

Clarice has one annoying habit, already in evidence in this opening episode. They create psychological tension through slow motion closeups on Clarice’s face. Flashbulbs flash, therapists shuffle papers, waiters drop off coffee, and we get a full minute of an eye twitch which was over in under a blink. It gives the impression that, if someone were in the room with her, they would be shaking her into focus. We don’t get much of the “Bride of Frankenstein,” “Igor” or “Rapunzel” vibes Clarice mentions being tagged with, but we will forever be waiting for her to earn her West Virginia Granny Witch accolade.

The special effects are very impressive. The crime scene sequence offers two bodies for the price of one. One body is found near a body of water, and it looks appropriately grisley. It has missing eyeballs, bite marks, and the general feeling of putrescence. The other benefits from the journey to reveal it, through an underground drainage tunnel, with only hand-held flashlights guiding the way. That body’s caught in the grates, perfectly positioned for a suspenseful discovery, and camera-ready. Each deadened fingernail and mottled scar on the bloated, naked body is voyeuristically lingered over as Clarice takes photo evidence. Good times all around for people looking for gory snatches of Silence of the Lambs.

While there is an overabundance of uplifting music, some of the settings are equally grim. Agent Esquivel (Lucca De Oliveira) takes Clarice to a funky transient encampment in a quest to locate one of the victim’s next of kin. The crime scenes capture some of the dark ambiance of the original film, without actually copying the style. The killer, however, must have seen the movie because he dumps the bodies in water, which is a forensics nightmare.

Clarice’s bad dreams can come at any time. A needy phone call from Catherine Martin (Marnee Carpenter), the Buffalo Bill victim who was told to “put the lotion in the basket,” sends her into a waking night terror. Like many serial killers, Catherine also took a trophy. She adopted Buffalo Bill’s poodle Precious. Clarice’s old friend and new roomie Ardelia Mapp (Devyn Tyler), an agent working in the Cold Files department, provides the only safe haven, at home or on the job.

The Silence of the Lambs was innovative horror entertainment. Clarice is a police procedural with many of the built-in stereotypes of the genre. It differs in how the rogue cop goes off book. Clarice ties the killings to a clinical trial for migraines, and the very idea of a chase without a serial killer gives everyone a headache. But there is hope in something Clarice tells one of her fellow agents: “It always gets worse.” The lambs may have stopped screaming, but while the title promises “The Silence is Over,” the premiere episode is just turning up the volume.