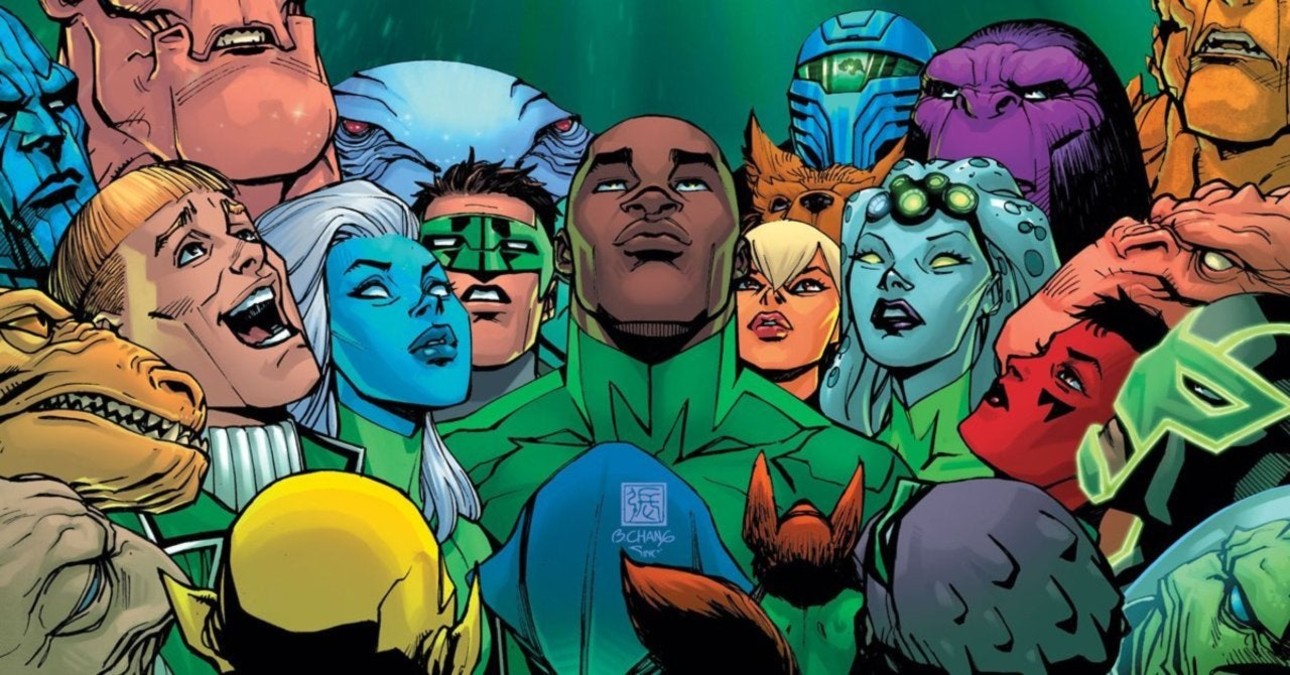 If you’ve finished Future State: Green Lantern #2, you know two things: we all weep for the passing of Hot G’Nortt, and that the ending was pretty dark. With Future State scribe Geoffrey Thorne keeping control over the Corps for DC’s upcoming Infinite Frontier era, we’re wondering exactly how his Future State work fits in with the upcoming ongoing series. It’s complicated, Thorne tells us in an interview.

“The manner in which it will occur in the comics may deviate at points from the exact scene you’re seeing there,” he says. “You’re going to get to some version of that, but it may not be the exact version you’re seeing in Future State depending on the choices John makes going forward from Green Lantern #1.”

Thorne’s take on the Corps comes at the dawn of a new era for DC Comics as a whole. Dark Nights: Death Metal capped off the publisher’s Rebirth period by reintroducing the full multiverse times infinity, bringing endless creative possibilities to the line – and everything counts – but leaving the next waypoint in DC’s metanarrative unknowable. Then, the publisher launched fans into Future State, a collection of alternate universe, possible future tales that in the Corps’ case left several well known Lanterns, along with some new characters, trapped on a desolate world, frantically trying to evacuate civilians from a crush of Khundian religious zealots looking to destroy them in the name of their Lord, the God in Red. And the Central Power Battery has been destroyed.

If that sounds like a highlight reel of DC space concepts, well, just wait, Thorne says. “This is going to be an outward facing Green Lantern book,” he says. “One of the things I think DC liked about my pitch when this was just a John Stewart pitch is, I really wanted to get a grapple on what cosmic DC is.” And in fact, it’s easy to see in hindsight how Future State: Green Lantern started to knit together disparate pieces of DC’s most sci-fi concepts – the Corps, the Khunds marauding across the galaxy, a Digby from Imsk.

It’s not a coincidence that this comes on the heels of the establishment of the United Planets in Superman. This is intentional, says Thorne – with an intergalactic governance structure crystallizing, it makes sense to take a fresh look at intergalactic policing as well. “The Green Lanterns will have a slightly modified role in the galaxy at large coming out of Green Lantern 1 and 2, which has nothing to do with the John Stewart plot, but it’s sort of a ripple effect of what started in Superman,” he tells us. “And there’s other things in cosmic DC that will get addressed over the course of my Green Lantern run, and that’s part of the fun of it, as you saw in [Future State: Green Lantern] two.”