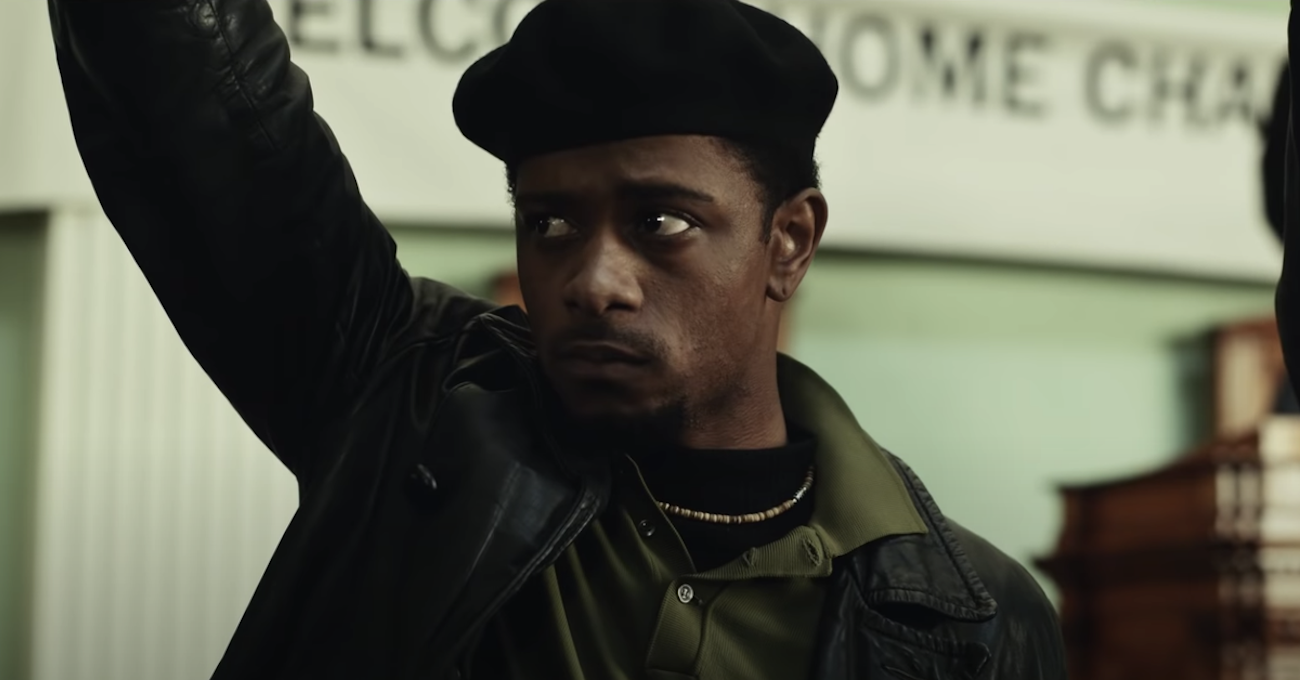 This article contains Judas and the Black Messiah spoilers.

One of the many powerful things about Judas and the Black Messiah is simply the fact that the movie’s story is being told on such a significant platform. As a dramatization of the final days and months of Fred Hampton’s life, the film draws attention to the struggles of a self-described revolutionary—and how by all accounts from the survivors and witnesses of a guns-blazing police raid, he was executed while incapacitated in his bed.

That this horrifying injustice is now streaming in the homes of tens of millions is itself a small act of revolution, as is how the film deconstructs what we expect from movies about law enforcement. For while Shaka King’s brutal filmmaking is a piece of political lightning, one that seeks to better memorialize Hampton’s legacy, it is also technically a crime drama told from the point-of-view of the cops—or at least their informant.

Like the title suggests, Judas and the Black Messiah is equally the narrative of William O’Neal (played shrewdly by LaKeith Stanfield), the Black Panther member who was in charge of Hampton’s security, yet was working for the FBI before they ever met.

As portrayed in the film, O’Neal exudes a jittery and nervous energy that is often contagious to the viewer, even if the would-be protagonist never quite becomes fully sympathetic. In Stanfield’s hands, O’Neal is a tragic, ruined man who appears damned from nearly the first scene when FBI handler Roy Mitchell (Jesse Plemons) has him cold for impersonating a Bureau agent while boosting cars. Facing up to seven years in prison, O’Neal is instead offered freedom by way of complicity—or as the movie heavily implies, he avoids incarceration by selling his soul.

This is quite the inversion of what we’ve come to expect from film and television tropes over the decades, and it equally underscores the wretched situation of O’Neal’s circumstances, as well as how the media and audiences have evolved with their perception of law enforcement, particularly in “undercover” movies about informants.

The real O’Neal’s situation was actually more dire than Stanfield’s in the movie. Only age 17 when the FBI picked him up for driving a stolen vehicle across the Illinois/Michigan border, O’Neal was a kid. It’s too easy imagining many teens agreeing to almost anything in the abstract to avoid prison time. In exchange for having his federal felonies dropped, O’Neal agreed to infiltrate the Black Panther Party where he proved so successful an informant and effective a saboteur (the FBI’s COINTELPRO operation specialized in “counterintelligence”) that he was put in charge of Hampton’s security. O’Neal eventually drew a detailed map of Hampton’s apartment on Monroe Street, including of the chairman’s bedroom, for the FBI.

According to one of his own former friends who testified under oath, O’Neal also later admitted to slipping a drug into Hampton’s food on that fateful night, which matches the memories of Hampton’s fiancée Deborah Johnson who saw Hampton soon pass out mid-sentence while on the phone—and it matches an independent autopsy where the head of the Department of Biochemistry at the Cook County Hospital found enough drugs in Hampton’s bloodstream to possibly induce a coma. Nevertheless, police authorities shot Hampton twice in the head when they raided his apartment, and O’Neal got an FBI bonus.

Judas and the Black Messiah tracks these details in a breathless fashion. For viewers of typical crime movies, it’s a familiar visual language: the fear of discovery; a scene in which loyalty is tested; the deterioration of a soul living a double life filled with deceit. In terms of storytelling, the tight editing and suspense is as old as the movies.

In 1949 noir classic White Heat, Edmund O’Brien goes undercover as “Vic Pardo” to get the dirt on James Cagney’s far more entertaining crime boss Arthur “Cody” Jarrett. Yet for all of Cagney’s charisma and complexity, paper thin Vic has no qualms or guilt over turning him in. Hell, he makes the fatal shot during the movie’s end with all the emotion of ordering a pizza.

Nearly a century later, these elements have become cliché, the fodder of teen dramas (and then rebooted comedies) in 21 Jump Street. But they can still occasionally be given complexity by the likes of Martin Scorsese, who twice filmed Leonardo DiCaprio as the infiltrator, first as a man out for personal revenge in Gangs of New York (2002) and then as a cop doing his civic duty in The Departed (2006). Both times it was ill-advised, tragically so in the latter case, yet each movie leaned into sentiments about self-sacrifice and doing the honorable, right thing.

In Judas and the Black Messiah, by contrast, several of the same filmmaking techniques are used for a character who appears as anything but honorable. It’s right there in the title: O’Neal is Judas. Framed in the light of the ultimate betrayer, Stanfield’s character thinks he’s in a different movie when he’s hobnobbing in Roy Mitchell’s home, dreaming of one day having the clean cut authority (and money) of a Hoover man. But even as we watch and perhaps dread his discovery when he has a gun at his head and is forced to make excuses for why a Crown gang member remembered him as a faux-FBI guy, we’re never on his side, nor does this film shed many tears for him.

At the end of the picture, Judas and the Black Messiah seeks to explicitly damn him with his own words by showing the real O’Neal’s final interview where he said on camera that he’d let history judge him. If history is judge, then Shaka King’s film presents itself as the jury. And for its verdict, Judas notes that O’Neal committed suicide shortly afterward by walking into oncoming traffic on an interstate.

Judas and the Black Messiah brings the beauty and power of Hampton’s life to a new generation, but it is also asking all generations to study O’Neal. His uncle Ben Heard told The Chicago Reader in 1990 that O’Neal was tortured by guilt. He added, “I think he was sorry he did what he did. He thought the FBI was only going to raid the house. But the FBI gave it over to the state’s attorney and that was all [prosecutor Edward] Hanrahan wanted.”

Whether O’Neal really knew whether Hampton’s execution was coming or not, Judas judges him in the title, even if it can empathize enough to see how a desperate young man can be turned and manipulated into an instrument of destruction. The film deglamorizes the idea of undercover agents, even doomed ones, and the glorified sacrifice of those who inform. Many times they’re pressured, or bribed, or kids like O’Neal who walk away with a lifetime of regret.

This proverbial requiem for a rat asks tough questions; it’s also a response to our changing mainstream perception of how authority can at times be used as a way to persecute and harm Black bodies with impunity. FBI agent Mitchell certainly got paid a bonus of $200 for the raid that left Hampton dead.

Judas and the Black Messiah is a movie about two men. Which means for about half its runtime, it’s a sinister crime movie—one where the real perpetrators are the enforcement figures immorally (and illegally) using their power to crucify their purported messiah.