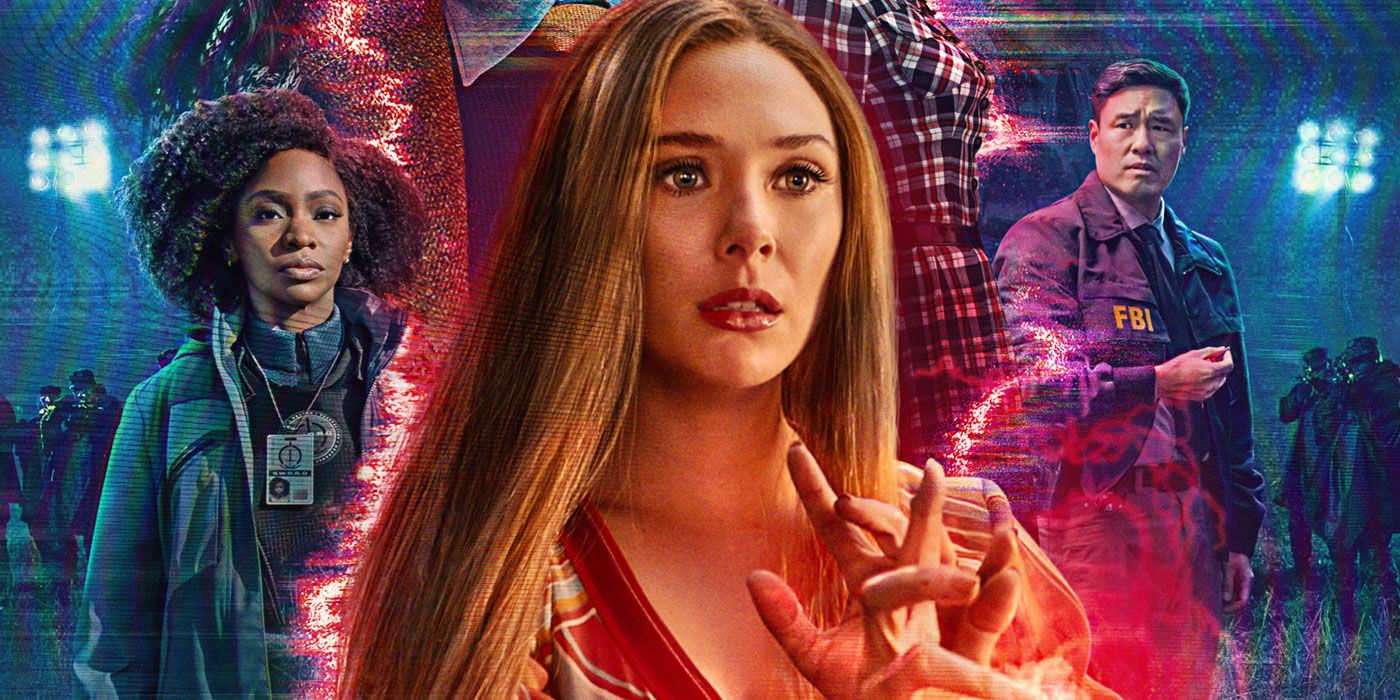 In an already odd show, the commercials on WandaVision take an extra step into weirdness. While we know it’s part of the sitcom-within-a-show premise and is seen by those able to watch it, nobody has actually acknowledged or questioned them. Each one feels like part of the era the episode is copying, but they’re each cryptic and unique.

WandaVision episode 6, “All-New Halloween Spooktacular,” features the fifth commercial so far. It’s easily the most alarming. While the other four commercials have had references to major Marvel characters and moments — especially in regard to Wanda Maximoff — they have always played it completely straight. Outside of maybe the actress’ awkward waiting in the Stark ToastMate 2000 commercial, these have been almost interchangeable with actual commercials from those times.

Not the commercial for Yo-Magic, though. Told in stop-motion animation, a little boy is marooned on a cartoonishly-small island, moaning about his hunger. An EXXXTREME surfing shark pops in and talks about how he doesn’t get hungry thanks to snacking on Yo-Magic. He hands the yogurt to the kid, leaves, and normally we’d be left with a fine example of a commercial representing the early 2000s.

Instead, the kid can’t open the yogurt. He chatters in place, but he can’t quite grab the tab and pull. Like his body won’t let him. Eight days pass as we see him struggle and gradually waste away until he’s left as a skeleton. The box is shown again and the shark narrates, “Yo-Magic! The snack for survivors!”

Pretty grim to put on the Disney+ superhero show, but okay! So what could it mean?

All the commercials have appeared to be tied into Wanda’s backstory, specifically her trauma. The toaster suggested the Stark bomb that killed her parents. HYDRA and Von Strucker brainwashed and experimented on her. Lagos was the place where she accidentally killed off a bunch of innocent people when trying to relocate a human bomb.

Much like the Lagos commercial, the Yo-Magic commercial seems to deal with Captain America: Civil War. In the aftermath of the explosion, Wanda not only has to live with her mistake (survivor’s guilt), but she also has to remain at Avengers HQ indefinitely. Vision is there to keep her company (the crab, perhaps?), but she’s intimidated to stay and she’s too petrified from her own fear and the fear of others to go against it.

Eventually, she does leave. She teams up with Captain America and aids him, only to be captured. Later on, we see her in a special prison. An island prison. While her allies are able to talk smack to a visiting Tony Stark, Wanda is dead-eyed and sits alone in her cell, wearing restraints to keep her from moving.

The Trauma of Others

Due to the placement of this ad compared to the rest of the episode, we can understand the boy’s chilling lack of action. Wanda can control everyone in Westview, but her mental and magical bandwidth can only do so much. Many people on the outer edges of the town are all but extras, forced to either stand still or loop their mundane actions like a living animated gif.

The Yo-Magic kid is the same as the housewife in the midst of putting up her decorations, gesturing again and again while a tear rolls down her cheek. We already know the mental stress being inflicted on these people, but this commercial could very well be their grisly fate.

Wanda appears to be playing The Sims with thousands of people and these people are doomed due to neglect and lack of free will. Unless somebody does something, they too will waste away and die.

“Snack on Yo Magic!” indicates that someone or something is feeding off of Wanda’s deal here, or perhaps she is channeling the mystical energy of someone even stronger than herself to keep The Hex alive.

If it’s Mephisto or even Nightmare who is behind this, it’s likely they made a pact with Wanda. We shall have to wait and see what might have been promised in exchange for help with the resurrection of Vision and the manipulation of Westview.

While Wanda’s trauma has been in the forefront of fans’ minds, there’s also the theory that each commercial coincides with a different Infinity Stone. Episode 7 will presumably give us the sixth and final commercial, meaning one commercial per gem.

Already, we have a toaster commercial with what resembles Vision’s head. There’s emphasis on the “forehead,” which is the Mind Stone. The watch commercial is naturally the Time Stone. The Hydra Soak soap takes the form of a blue cube, much like the Tesseract/Space Stone. The paper towels are wiping up red liquid and the Reality Stone’s base form is red liquid.

That leaves us with this child, reduced to a skeleton and fated to spend the rest of time alone in a desolate land. Sounds very reminiscent of the Red Skull, who is cursed to spend his existence on the planet Vormir, guarding the Soul Stone.

I suppose that makes him the Soul survivor.

That just leaves us with the Power Stone. We’ll see which 2010s commercial pastiche that lines up with soon enough.