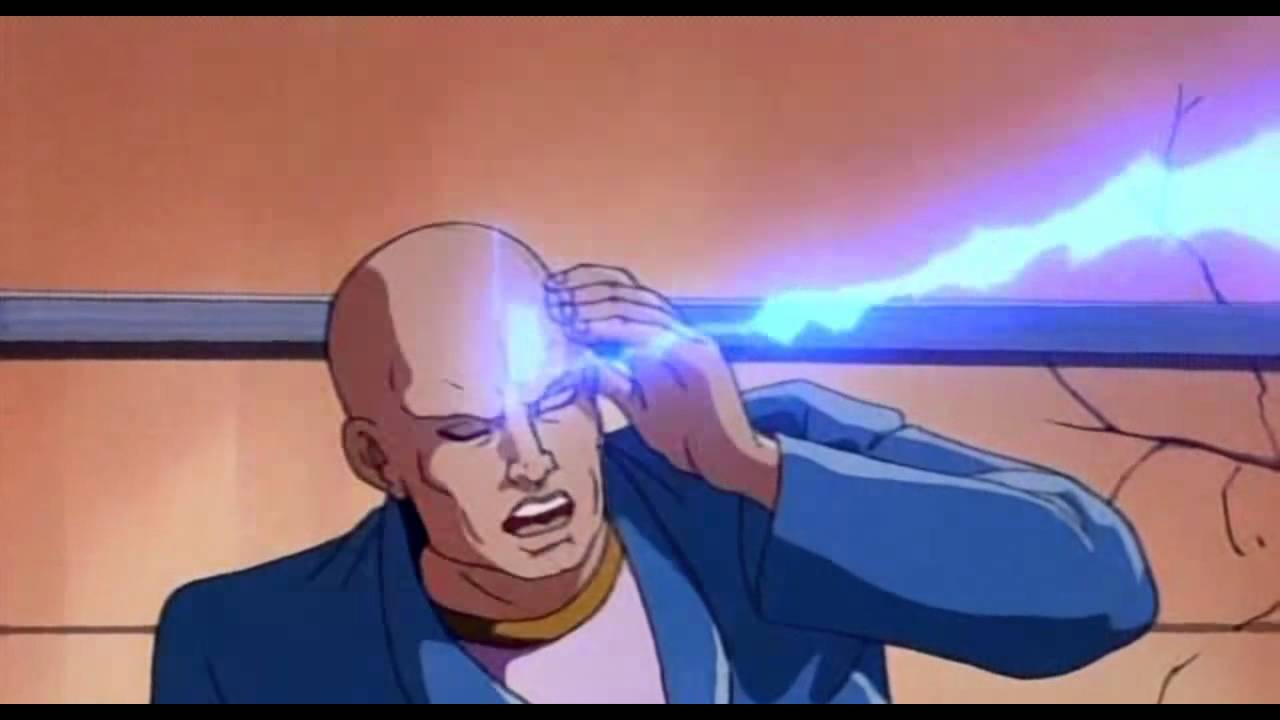 Decades ago, in Uncanny X-Men #168, Kitty Pryde dared to say something bold yet true, “Charles Xavier is a jerk!” She was right, and the world has been better for it.

Professor Charles Xavier’s jerkdom transcends all media he has made an appearance in; it’s that powerful. He is an omega level clown, which is probably why he treats his X-Men like circus acts. You have to wow those humans in hopes of getting them to treat you like your mutant life matters, at least according to Xavier’s teachings. Now that X-Men: The Animated Series is available to stream on Disney+, here is a list of episodes filled with all of the Professor’s best-worst moments and how he is more of a danger to the X-Men than anyone else.

The first season of X-Men is overflowing with moments that make you want to pop Charles upside his bald held. I consider “Enter Magneto” and “Deadly Reunions” as a two-part story since Magneto plays the second most significant part in both of them. He comes second only to Charles’s choice to not say a word about Magneto to any of the X-Men in all the years they’ve been on this team he put together. He didn’t utter a single word to his young team about an old frenemy who could cause them big trouble if he ever came back into the picture.

Well, that’s not wholly true. The first time he appears, he successfully breaks into the Mutant Holding Facility to break out Hank Mccoy, who is in jail thanks to Charles. However, Magneto is unsuccessful because Beast wants to wait for his day in court. I know he says it himself, but I’m blaming Charles for this as well.

The rest of the episode is all about the severe danger Charles carelessly inflicts on his precious X-Men. Why wouldn’t you at least tell the guy on your team with an adamantium skeleton that you used to know a guy who has powers of magnetism? The X-Men are so ill-prepared to take on an extremely angry Magneto when he comes back ready to bring the pain to the human race. Things escalate quickly, nuclear warheads get involved, all because Xavier didn’t finish the job the first time around with Magneto. If it weren’t for Storm, a few cities would no longer exist.

Charles’s hypocrisy is also on full display in the subplot of these two episodes, which involves Sabertooth and Wolverine. Charles puts Sabertooth under his care for mind probing despite Wolverine wanting him nothing short of dead. Xavier goes as far as to pull rank on Wolverine, demanding Sabertooth stay untouched, but then orders Wolverine, Storm, and Cyclops to take care of Magneto at any cost. As Logan says to his face, “So we have to go easy on my enemy, but it’s okay to go trash yours.”

In true Charles fashion, he doesn’t realize the error of his ways until after everyone has had their lives threatened by both Magneto and Sabertooth. I forgot to mention this earlier, but at one point in “Deadly Reunions,” he leaves newbie X-Men, Jubilee, in charge of Sabertooth.

Honestly, it’s genuinely no wonder Morph didn’t make it past the pilot episode.

The Professor isn’t in this episode, but he doesn’t need to be in order to succeed in making sure yet another enemy of his past blindsides the X-Men. Only six episodes after “Deadly Reunions,” Xavier’s vengeful step brother shows up, and once again, he is another person they knew nothing about.

The mansion is in shambles, and Xavier is nowhere around. He didn’t even have the decency to leave the insurance policy number around so one of them could file a claim. So, not only do the X-Men have to deal with Juggernaut, but they also have to become construction workers.

When the X-Men finally encounter the Juggernaut, it takes all of them plus Colossus to subdue him. Jean, Storm, and Rogue all managed to pass out at some point in the process. Again, I’m blaming Charles because it’s clear they were tired from all of the construction work they had to do earlier in the day. All that devotion and free labor in exchange for near-death experiences, a room, and costumes they probably sewed together themselves.

In “Cold Comfort,” an old member of the X-Men who had enough sense to leave returns. It turns into an episode of Dr. Phil because Xavier treats his mentees/employees like his children sometimes.

So when Bobby “Iceman” Drake comes back into the fold briefly and reluctantly, it triggers some feelings Cyclops hasn’t let go of yet. The entire episode is full of Xavier undermining and gaslighting Scott about how differently he treated Bobby compared to him. Scott isn’t wrong this time.

In this episode, we also see how important Charles considers his self-appointed role of the go-to mutant to solely work with the government because he is incredulous when he discovers the government has been working with Forge and his X-Factor team. There’s no doubt he probably made a call to the White House to complain about this the moment he returned to the mansion.

Finding love can already be quite complicated at the best of times. Now imagine finding love in a post-apocalyptic world and having to give that love up because one man’s life was supposedly worth more than your happiness. It’s a raw deal, and that’s what you get when Charles Xavier is in your universe. In the two-part story, “One Man’s Worth,” Bishop and Shard travel to a future to recruit Wolverine and Storm to prevent Master Mold from assassinating a young Charles Xavier. They even have to find a way to convince him that his dream of humans and mutants, living amongst one another in peace, is his destiny.

Honestly, the post-apocalyptic world was way less of a challenge and headache. If you can believe  it, older Charles is terrible, younger Charles is even worse, and ten times more infuriating. He doesn’t want to listen. He’s so stubborn he manages to get himself killed, forcing everyone to try again.

Ultimately Bishop, Shard, Storm, and Wolverine get the job done, but it also means Wolverine and Storm’s relationships are no more. They don’t even get a full day to spend together before those versions of themselves cease to exist. All for Charles Xavier, who does nothing but keep secrets away from them and interrupts their days off with stories no one asked him to tell.

Last but not certainly not least on this list is the “Proteus” two-part story from season four. I saved the best for last. Part one contains one of the best Charles Xavier origin stories. It’s tragic but full of delicious drama. The montage of heartache shows Charles certainly has a thing for redheads.

Kevin, also known as Proteus, is the son of Moira MacTaggert and ex-husband, Joseph MacTaggert. His powers are out of control, and he is on a quest to meet a father that has wanted nothing to do with him. Charles swoops in to “help” Moira and her son, but it’s quite obvious it’s because he wishes Moira had married and had a family with him.

Charles (of course) ropes some of the X-Men into his quest. He is hellbent on showing Moira that he was always the best man for her and her son. And because he is sometimes the Caillou of the Marvel universe, he takes his frustrations out on Wolverine, Beast, and Rogue throughout both episodes. And even after Charles does everything to “help,” Kevin and his dad end up reconciling, leaving Charles as the odd man out in Moria’s life yet again. You kind of want to sympathize with Charles until you realize how disappointed he is about Kevin and his dad working things out.