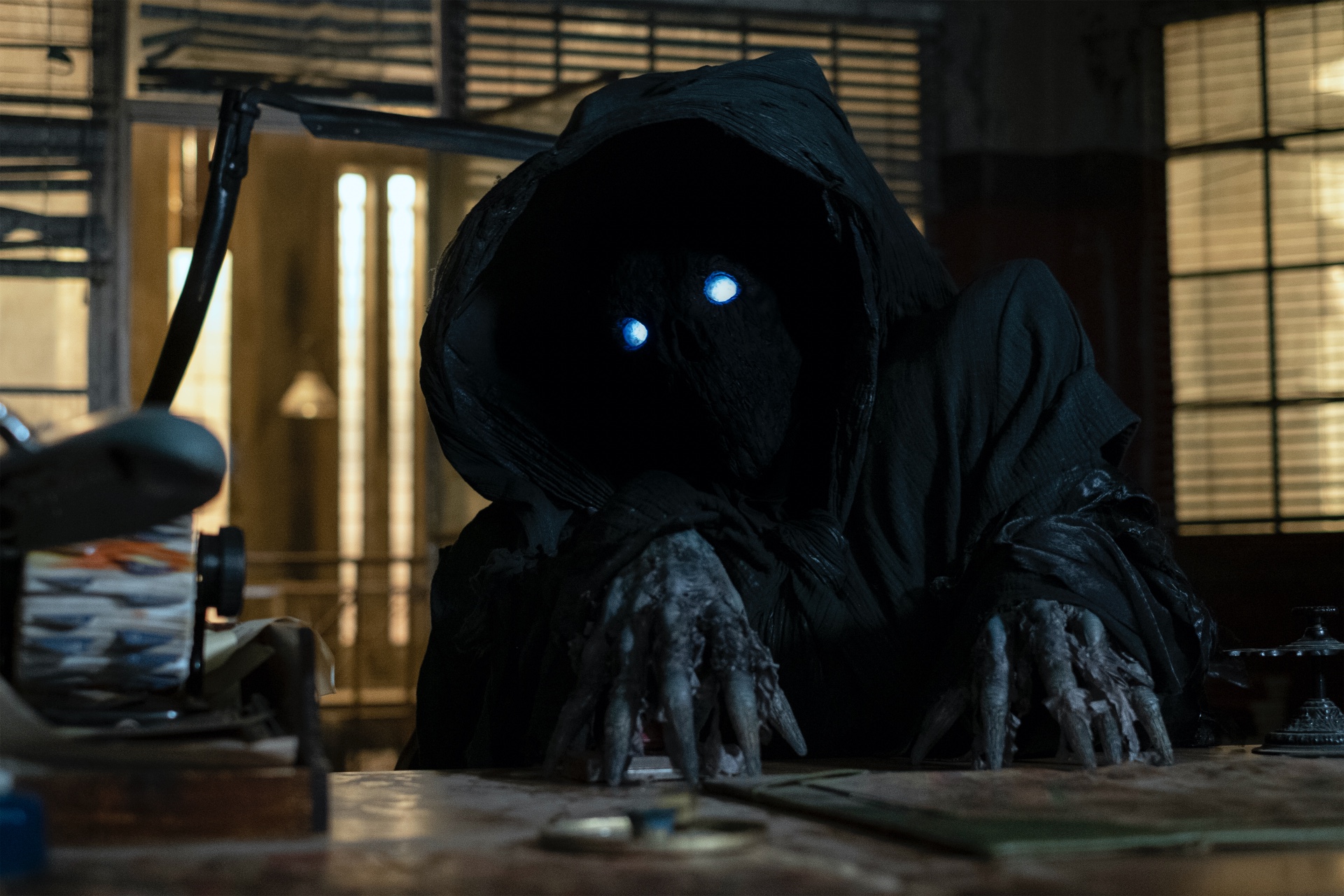 This article contains spoilers for The Watch episodes 7 and 8.

Terry Pratchett’s Discworld books have long been fantasy favorites. In fact, the CEO of Motive Pictures, a UK company planning to adapt a huge number of Pratchett’s novels for television, called Discworld “a national treasure.” But with the recent lackluster reception of BBC America’s The Watch (a Rotten Tomatoes rating of 50%, a 4.9 out of 10 on IMDB), can television adaptations both succeed in live-action serial storytelling and live up to the expectations of Pratchett fans?

Although the last two episodes of The Watch manage to redeem some of the earlier missteps of the season, there are reasons why the program never quite lived up to the expectations of Discworld fans. The punk-rock atmosphere of Ankh-Morpork was off-putting to many, and the jarring technological levels seemed at once futuristic and anachronistic.

In part, this felt due to a lower budget than a show trying to draw fans of other huge fantasy properties, such as Game of Thrones or Amazon Prime’s forthcoming Wheel of Time series, merits. That gritty, low-budget feeling was likely meant to enhance the weird urban atmosphere that mixes magic, guild warfare, and a City Watch struggling to rise, but instead it came off as dissonant.

Viewers couldn’t sink into the world, because the world never felt quite solid enough to sink into. The references to other realities, particularly with the technology from “Roundworld” being brought over into Discworld by experiments at Unseen University, made it harder to suspend disbelief and accept the world of the series as independent.

But, as it turns out, that’s part of the point. In episode 7, The Watch makes it utterly clear that the multiverse is full of different versions of Discworld. For readers familiar with multiverse fiction (or just readers familiar with the many iterations of the Marvel Universe, numbered for convenience), fully admitting this construction lightens the burden on The Watch to be a familiar adaptation. This Sam Vimes isn’t the same Sam Vimes we know—because, in episode 7, we see two different versions of the same character. And while as viewers we already knew that, having the story itself make that an important, pivotal piece of information changes the way the story functions.

If The Watch had somehow been able to communicate in its first two episodes that this was the “Discworld: The Musical” (I’m not kidding) version of Pratchett’s universe, then the amount of time spent with members of the cast behind musical instruments would have felt natural. Music is a core storytelling tool for the television series, and by the end, it comes together and works. The problem is that too many Pratchett fans gave up on the series long before it hit the point where everything clicked.

In some ways, this is a true shame, because the cast delivered stellar performances throughout. Richard Dormer’s physical acting in the role of Vimes is stellar, managing both comedic and serious scenes with equal aplomb. Jo Eaton-Kent’s Cheery, a non-binary (by the final episode) dwarf, is a delight. Marama Corlett makes viewers believe her brooding werewolf Angua could kick everyone’s ass despite being half their size. Adam Hugill as Constable Carrot embodies the earnest fantasy hero. Lara Rossi delivers a Sybil Ramkin that has as large a presence on screen as her physically-larger novel version exudes on the page. Samuel Adewunmi’s villainous Carcer has enough pathos that viewers might almost have rooted for his redemption up until his actions in the finale, and Bianca Simone Mannie’s Wonce is inspired; both villains are drawn from more minor characters in the novels and given greater depth for the series, a departure that results in making them some of the more interesting, nuanced inventions of the show.

But despite that, the reason The Watch never quite managed to bring even its own Discworld to life was the shorthand of silliness for satire. Pratchett’s novels are beloved because they’re funny, it’s true, but his humor isn’t just goofy or absurd (although it swings that way on occasion). Much of the fun is in the way the humor is used not to lighten the scene, but to illuminate it. There’s a bit in a later Watch novel (Thud) where Sam Vimes has promised never to miss reading a bedtime story to his son; when he’s kept away from that promise by the Summoning Dark (which in the books is not the ally it becomes in The Watch), he shouts the words to the memorized picture book so loudly that his son can hear him miles away.

It’s hilarious. The book, Where’s My Cow, was actually made into a picture book featuring Vimes, who replaces the repetitive, saccharine original words with his own Ankh-Morpork version. In Thud, the picture book is the kind that all parents know: the words so repetitive they’re like pulling teeth, but it’s that one book that the child chooses over and over again. And in the humor of Sam Vimes shouting out the words in the middle of a battle, there’s also a true resonance with what parenting is about, with keeping promises to children, and with knowing that failure to keep those promises is bound to happen, no matter how hard we try. It’s funny, and poignant, and the kind of moment that can’t be replaced by sound effects and dance numbers and rock songs, no matter how talented the cast.

The Watch may yet get a second season; the finale episode offers the hook for where the story will go next, providing Sam Vimes with a new nemesis. No season has been announced, but the show hasn’t been cancelled either. As Motive Pictures moves forward, perhaps they can see where The Watch succeeded in becoming its own thing, and where it didn’t manage as an adaptation, and find a way to both use the television medium (hopefully with larger budgets!) and create works that Pratchett fans will enjoy.

Den of Geek’s Juliette Harrisson had some suggestions for how a Discworld Cinematic Universe might succeed. The stories are there, providing the bones of the stories. But it’s the heart of the books that needs to make the transition from page to screen, matching the humor and poignancy that will live up to the love Pratchett-fans have for the originals.