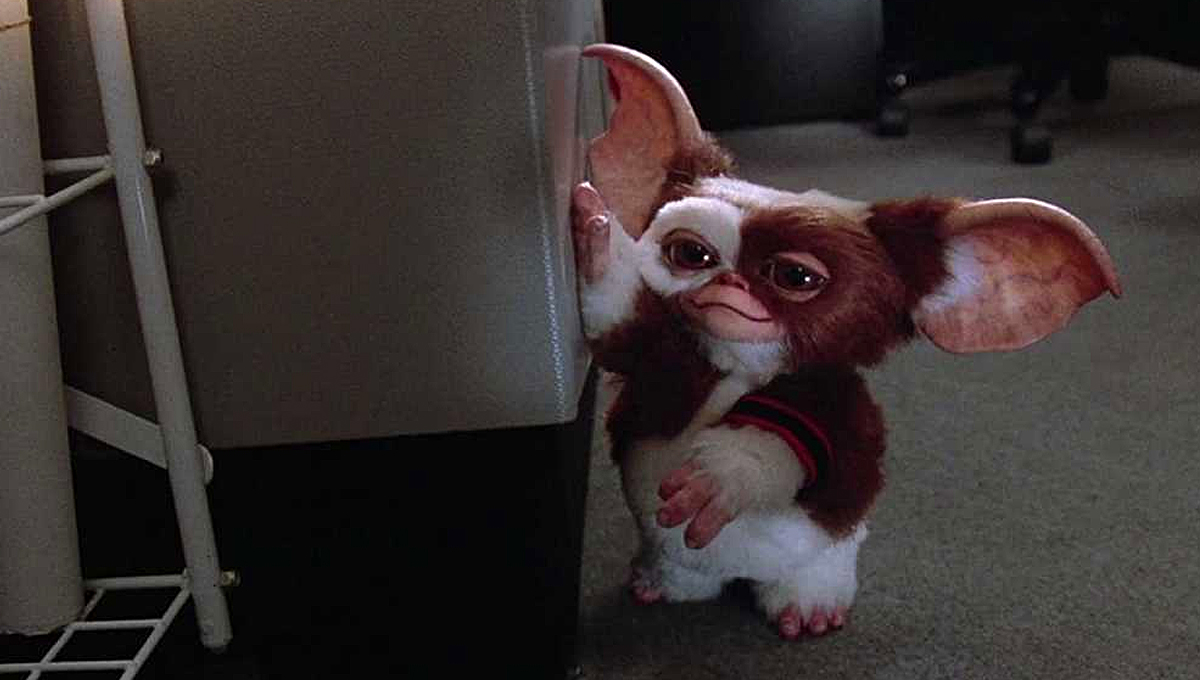 In an age of reboots and long-gestating sequels, Gremlins 3 remains oddly unrealized. While over thirty years have passed since 1990’s celebrated-but-divisive Gremlins 2: The New Batch stumbled at the box office, there’s been no shortage of fruitless teases ever since. Yet, the property still has a pulse, with an HBO Max animated prequel series in the works, and this week saw Zach Galligan reunite with Gizmo for a commercial that might provide the blueprint—story-wise and production-wise—for the threequel, as the star seems to hint.

The Mountain Dew Zero Sugar commercial (seen below), chock-full of franchise-evocative Easter eggs, shows movie protagonist Billy Peltzer (Galligan) hyping the soda before unwisely giving Gizmo a gulp (as if he didn’t know any better), leading to an all-too-familiar population outbreak. Subsequently, his revealed daughter (along with a similarly goth-groomed mohawk Mogwai resting on her shoulder,) reacts with an exasperated sigh. While the clip is hardly canon, Galligan explains to EW how the puppets-teeming commercial might become the template for finally getting Gremlins 3 off the ground.

“These puppets were just as good as the original, if not better, which is funny because that’s the Mountain Dew Zero Sugar tag-line: ‘Just as good as the original,’” explains Galligan. “If Warner Bros. decided to do Gremlins 3, my feeling was that it would be exponentially easier this time around than it was the first time. The first time, if there was a wire or a cable or something [showing] you had to scrap the entire take. Now, if you got a great take with a wire or a cable you just CGI it out. So, my guess is, it would be five to ten times easier to do it than we did [for 1984’s original Gremlins] in ’83.”

While the idea of Gremlins 3 has always been defined by starts and stops, original screenwriter and franchise creator Chris Columbus—who has long-claimed to have written out a script—has always been emphatic that it would utilize puppets and animatronics in lieu of CGI. The commercial clearly stuck to that mandate, providing an organic aesthetic that flows from the films, which Galligan seems to have embraced. Yet, nostalgia aside, the commercial’s utilization of technological advances—specifically, the convenient ability to digitally erase puppet wires—could be the practical-minded motivation that studio Warner Bros. needs to greenlight the threequel, especially given the franchise’s notoriety for being a difficult production, and the industry’s cost-fixated COVID period. This aspect, more than anything else, is the main takeaway from the commercial.

Of course, as mentioned, the once-lucrative Gremlins IP is already getting dusted off from decades of dormancy via HBO Max animated series Gremlins: Secrets of the Mogwai, with a 10-episode inaugural season set in the 1920s era Chinese countryside, focusing on a young boy named Sam, who eventually becomes the old man known as Mr. Wing, who fatefully (some might say inexplicably) sold the responsibility-laden Gizmo to Billy’s bumbling father in the first film. Thus, the property is not only being revived (rather than rebooted), but its mythology is actually set to be expanded, which seems to lay further groundwork for a prospective third film; a notion that’s clearly not lost on Galligan, who seems to envision big things for the HBO Max series.

“You just simply have to look at the nature of the way large entertainment corporations deal with franchises and properties over the years and decades,” says Galligan. “It’s not difficult to make an educated guess that the cartoon is a way of seeding the younger generation that’s not aware of it. If it is successful, if it gets like Mandalorian-big, then I think Gremlins 3 is inevitable.”

Contextually, the original Gremlins earned $153.6 million at the worldwide box office back in 1984, which was one of the most consequential movie years of all time, in which it resided in rarefied air at #3 behind heavy hitters in Ghostbusters (#1), Indiana Jones and the Temple of Doom (#2) and was actually ahead of The Karate Kid (#4). Indeed, each one of this Murderer’s Row quartet of pop culture-permeating properties are quite relevant in 2021, with long-awaited threequel Ghostbusters: Afterlife currently scheduled to hit theaters on Nov. 11, Harrison Ford confirmed to once again don the fedora for a fifth Indiana Jones film, not to mention the ongoing resurgence of The Karate Kid as its continuity continues on acclaimed Netflix series Cobra Kai. Thus, Galligan’s usage of a potent word such as “inevitable” regarding Gremlins 3 seems warranted, especially as the Class of ’84’s top films continue to maintain their pop culture ubiquity.

While the story behind why Gremlins 3 has yet to manifest is long enough unto itself, the initial impediment was the underwhelming performance of 1990’s Gremlins 2: The New Batch, which earned a paltry $41 million in its domestic-only release—a mere fraction of its predecessor. However, the sequel’s financial performance belies its perception with posterity, which has come to embrace the decision—of returning director Joe Dante and screenwriter Charles S. Haas—to ramp up the more madcap, satirical aspects of the original film, which resulted in an artfully over-the-top effort that utilizes consistent meta self-deprecation referencing its own status as a cash grab picture. It was a hilarious film that was too ahead of its time for its own good; an aspect that has lent The New Batch a legendary status of sorts, further contributing to the prospective third film.

Sure, it’s doubtful that the upcoming HBO Max Gremlins animated series will, as Galligan speculates, end up having an impact even close to the level as Disney+ live-action Star Wars series The Mandalorian (Baby Yoda’s Gizmo-evocative status aside), his statement on the purported inevitability of Gremlins 3—even without the cartoon’s success—seems to have razor-sharp teeth akin to the franchise’s chaos-causing green metamorphic monsters.