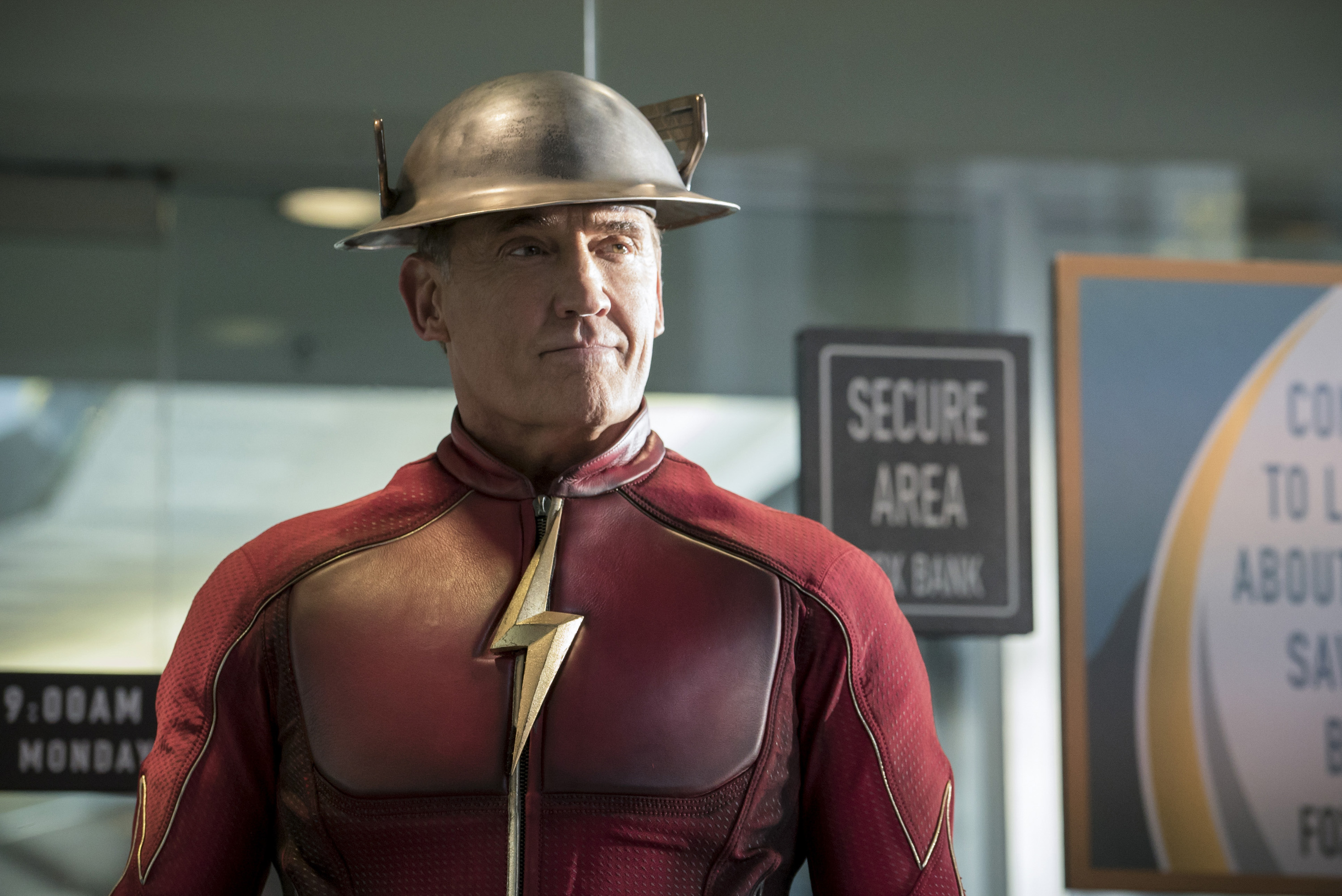 Stargirl Season 2 is going to do something that no live-action incarnation of the Justice Society of America has managed to do: put original Flash Jay Garrick among their ranks. And while other JSA members on the series haven’t been beholden to the versions that popped up in other corners of the Arrowverse (notably Legends of Tomorrow), Stargirl’s JSA will feature the only actor to bring Jay Garrick to life in live action in the role once again: John Wesley Shipp.

EW broke the news that Shipp will appear as Jay Garrick in the ninth episode of Stargirl Season 2, in what is called “a pivotal flashback episode” which places “the Golden Age Flash as a member of Earth-2’s Justice Society of America.” It’s a notable inclusion, since Garrick has been a founding member of the JSA in the comics since the team’s first appearance in 1940, but no live action version of the team has yet to feature the original Flash. The JSA were first portrayed in live action in 2010 on Smallville, where Garrick was mentioned in passing but never shown. The team next appeared on season two of Legends of Tomorrow, but this too was a Garrick-less roster.

Before he played comics’ first superhero speedster, Shipp originated the role of another Flash, that of Barry Allen, during a single season of The Flash TV series that ran from 1990-1991 on CBS. Since then, Shipp has appeared in multiple roles in the current The Flash show on The CW, first as Barry’s father Dr. Henry Allen, then as Jay Garrick, the Flash of Earth-3, and then once more as the Flash he portrayed three decades prior as the Flash of Earth-90 in the crossover events Elseworlds and Crisis on Infinite Earths.

Crisis left the Flash of Earth-90 dead after he sacrificed his life to save the multiverse, finally bringing closure to Shipp’s portrayal of Allen. But the fate of Jay Garrick, who didn’t make an appearance in Crisis, was left murky. It was clear that the section of the multiverse Garrick hailed from was wiped out and merged with other elements of reality by the events of Crisis, but that was all that was known. But interviews with Shipp and Flash showrunner Eric Wallace revealed that Jay and his wife Joan were safe and sound elsewhere in the DC Universe.

“We know that Joan (Williams-Garrick) and Jay are on Earth Prime,” Shipp told Den of Geek during an interview back in September. “We’ll see what [the producers] come up with. My experience with this group is that they’ve given you every reason to have faith that whatever they come up with is going to be interesting and you’re going to want to play it.”

Flash showrunner Eric Wallace was even more explicit in an earlier interview.

“Jay Garrick’s now on our Earth, Jay and Joan are alive” Eric Wallace told The Mary Sue back in January. “So at some point, we, hopefully, will run back into them because they’re a part of our world.”

So does this mean that on Stargirl Shipp will simply be playing the Earth-2 version of the Jay Garrick who now resides on Earth Prime? Or maybe Jay doing some dimension hopping back in the day to help out the Justice Society? Or is it simply a matter that the CW’s plans for where to deploy Jay Garrick post-Crisis have shifted a little during the delays in getting The Flash Season 7 and Stargirl Season 2 into production because of the ongoing pandemic? Or perhaps I’m just overthinking this.

More importantly, if Garrick is part of a flashback sequence, does this mean he could show up in the present later on? Sure, the original JSA is presumed dead at the moment, but I didn’t see a body, did you? Shipp would be a terrific fit for the themes of Stargirl, and it’s easy to imagine his Jay helping to mentor the new JSA.

Whatever form this takes, the fact that Shipp gets to play Garrick again is good news, regardless of what corner of the multiverse he’s popping up in. Any excuse to see the original live action Flash is a good one.

There’s no word yet on when Stargirl Season 2 will arrive, but The Flash Season 7 finally hits screens on March 2.