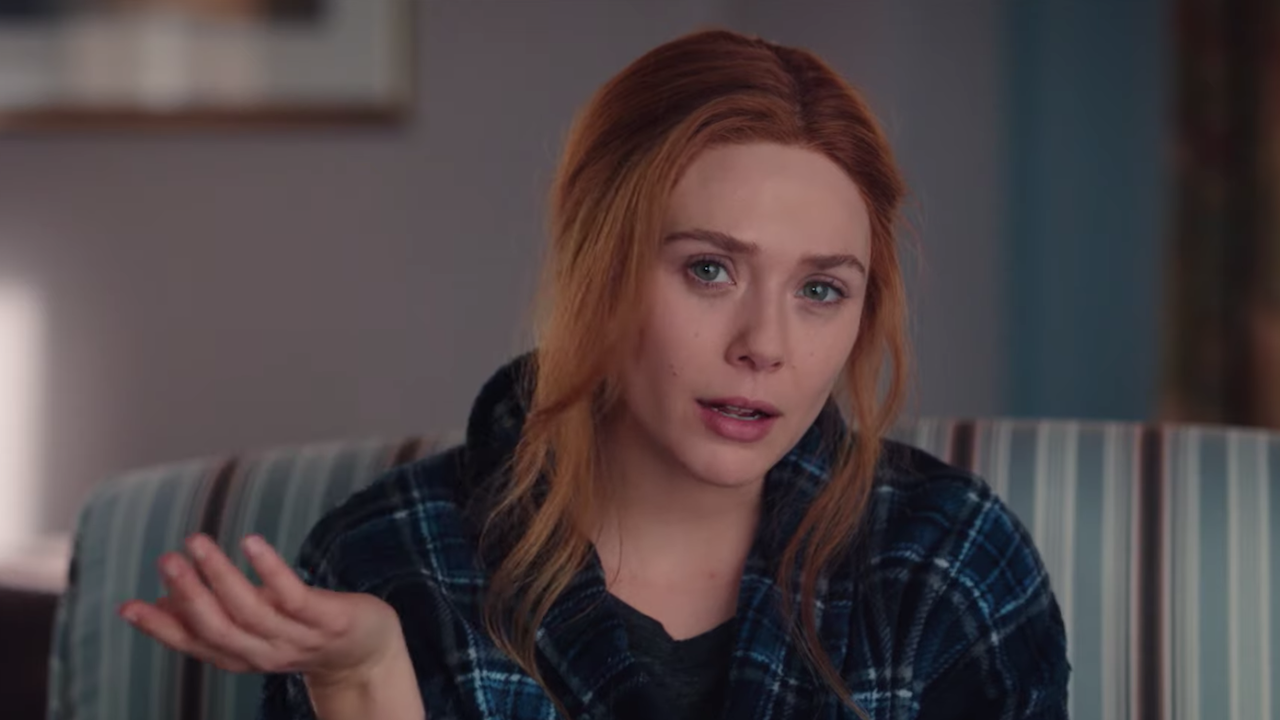 Despite its many still-lingering questions, WandaVision has made one thing crystal clear: Wanda Maximoff is truly the most powerful Avenger. Not just the woman who destroyed an Infinity Stone and almost single-handedly defeated Thanos, she’s also managed to somehow power an entire town built on false realities and resurrect her dead boyfriend at the same time.

But even as the show reaffirms the scope of her power, it also acknowledges one other truth that is too often swept under the rug: Wanda Maximoff is also incredibly depressed.

This shouldn’t really come as a surprise to anyone, given how much Wanda’s both suffered and lost. And yet, WandaVision marks the first time that the Marvel Cinematic Universe has really tackled the idea that the things its heroes experience leave them with lasting damage in ways that aren’t always physical.

Given the constraints of theatrical runtimes, the MCU films generally haven’t shown a tremendous interest in the intricate mental states of their various heroes. Iron Man 3 touched on Tony Stark’s complicated PTSD issues, but his condition never really registered in any other film (and he sure did rebuild all those suits awfully fast). It’s pretty obvious that Bucky Barnes needs a boatload of therapy, but Captain America: Civil War chose to make him the literally tortured silent type rather than grapple with the century’s worth of guilt and shame he carries (fingers crossed for The Falcon and the Winter Soldier to change all that).

Therefore, it’s hard to overstate the importance of WandaVision’s decision to face Wanda’s depression head-on. Sure, the show doesn’t ever call what she’s experiencing by its clinical name, but it’s hard to look at her decision to stay in a flannel bathrobe all day because reality suddenly just got too much for her and see anything else. From her struggle to keep control over the illusion in Westview to her inability to do simple things like get out of bed, these are all signs that are easy to recognize. And they all indicate that Wanda is quietly falling apart.

It’s not an accident that the series’ seventh installment, “Breaking the Fourth Wall,” is the first WandaVision episode in which Wanda is left predominantly on her own, or allowed to address the audience directly. And though she repeatedly insists that she’s completely fine and that all her problems can be explained away by typically neat sitcom solutions like “a case of the Mondays,” it’s never been more heartbreakingly apparent that neither of those things is true. After all, she’s in an idyllic world that’s been specifically designed to give her everything she’s ever wanted, and it’s still not enough to keep her depression at bay. In fact, as the series goes on, it’s becoming increasingly apparent that it’s actually getting worse.

Yes, it’s true that the anti-depressant commercial for a product called Nexus is as much about tying WandaVision in to the upcoming film Doctor Strange and the Multiverse of Madness as it is about honestly confronting the emotional problems Wanda’s facing. But it’s still the first time that the MCU – and in large part, Marvel comics, generally – has attempted to really reckon with Wanda’s previously nebulously defined “mental instability” in a serious way – one that centers her own agency and healing rather than simply uses her mental health as a prop in someone else’s story.

It’s very possible that Wanda is truly losing control here, especially if the concerning glitches that keep happening throughout Westview are anything to go by. But it’s happening for very specific reasons, and WandaVision has gone out of its way to lay the groundwork for this shift, consciously tying everything back to Wanda’s own grief and trauma.

Far too often, powerful women in superhero comics are treated as though they exist in a binary state: They’re either eternally struggling under the weight of their awesome abilities or going mad from the mere fact of possessing them. Occasionally, they also suddenly become evil in the process, as though mental struggles automatically make someone more emotionally susceptible to the proverbial dark side. Either way, they’re written off as crazy, and little effort is made to truly explore or understand how mental health problems manifest in people’s lives.

Though Wanda is hardly the only character affected by this unfortunate trend – X-Men’s Jean Grey is another incredibly powerful female character that comics seem all too eager to label crazy rather than complex – she’s one of its most frequent victims. The Scarlet Witch is generally presented as unstable, weak, or otherwise hysterical, often easily led by her emotions and incapable of making her own choices.

People either want to use her pain for their own ends or help her mask it, often in ways that rob her of agency and/or control over her own life. While her male Avengers compatriots are allowed to seek things like vengeance and retribution, she is condemned for desiring the same, encouraged to hide her emotions away and deemed dangerous if she does not.

Sadly, the MCU films are often no better in this regard. Captain America: Civil War throws Wanda into house arrest for a tragic, but well-meaning mistake, while Clint Barton – strangely enough also grieving a personal loss – starts straight murdering people in Avengers: Endgame and gets immediately welcomed back into the fold. Suffice it to say a reckoning for the way that this universe has treated Wanda in the past is long overdue.

And, thankfully, WandaVision seems to realize that, finally depicting the scope of Wanda’s mental struggles without judging her for the choices she’s made as a result of her feelings. Instead, the show actually attempts to understand her, in a way that appearances in four feature films and countless comics issues have not. She’s depressed, grieving, and suffering from a lifetime’s worth of trauma, all things that can and should impact the lens through which we see and evaluate her actions.

WandaVision doesn’t ask us to ignore the bad choices that Wanda’s made or seek to blame them on something outside of her control – and no matter how sympathetic her reasons for doing so, or how kind she’s tried to be about it, she’s still mind-controlling an entire town’s worth of human beings and robbing them of their free will.  But the context behind Wanda’s choices is what makes all the difference – and what has, up until this point, often been sorely lacking in her story.