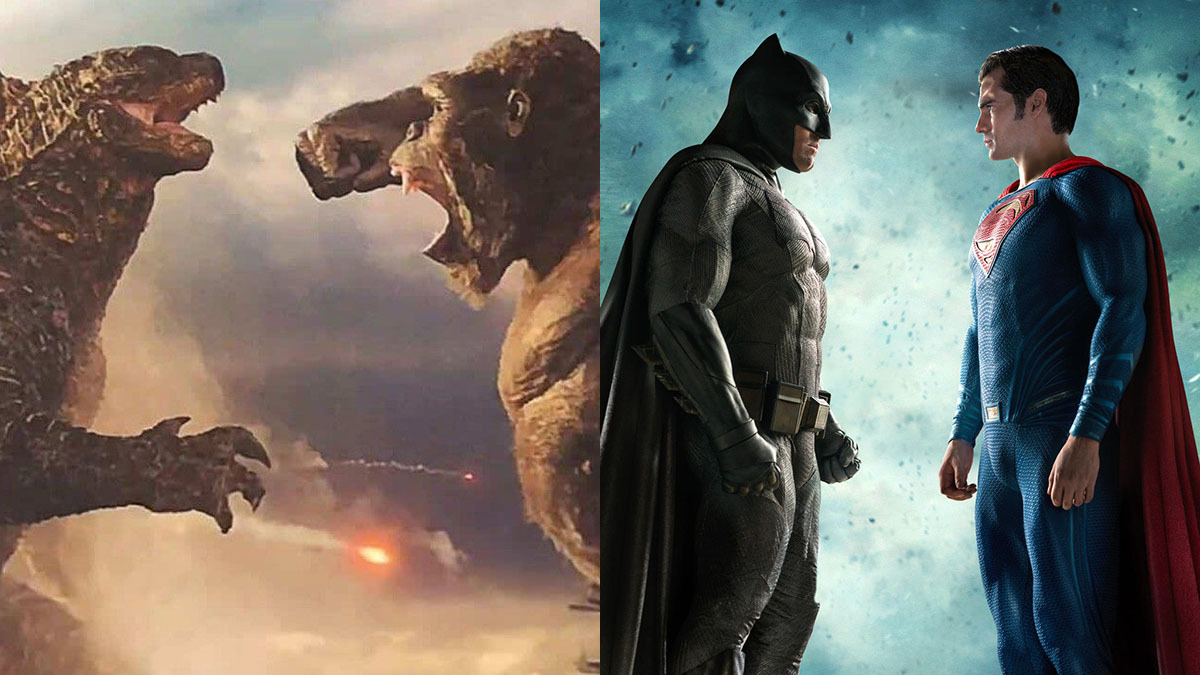 When Godzilla vs. Kong debuts in theaters and on HBO Max on March 31, it marks the fourth film in Legendary’s MonsterVerse, along with the third appearance of this American iteration of the swole lizard, and the second for this hairy ape from Skull Island. In terms of franchise team-ups, it’s a couple films shy of an MCU phase, but director Adam Wingard said he set out to create a “legitimate sequel,” and avoid the problems of Toho’s 1962 film, King Kong vs. Godzilla—as well as Batman v Superman: Dawn of Justice.

Though Wingard is known for R-rated horror films like You’re Next, The Guest, and Blair Witch, in a recent interview with a group of journalists, he calls Godzilla vs. Kong “the most Adam Wingard movie I [could] make.” Noting that even his horror movies have an “action movie kind of feel to them,” he adds he loves sequels such as Terminator 2 and Aliens, which both upped the action quotient while feeling apiece with what came before.

It’s by the same logic that Wingard suggests 1962’s King Kong vs. Godzilla didn’t feel legitimate to him. Whereas the Godzilla in those films had already been established, and looks similar to his earlier films, “this was sort of a new King Kong.”

“This was the first Toho version,” he says. “He looks a little weird, if I have to be honest, and he’s not stop-motion either, you know? So he feels like a totally new character.”

As a result of the new interpretation of Kong, he says he never felt that movie was really King Kong versus Godzilla. He says he had the same problem with Zack Snyder’s Batman v Superman, because it introduced Ben Affleck’s Batman into this new universe and dropped him right into a super-showdown.

“My issue with that movie is that it’s a new Batman,” Wingard says. “Up until then, Christian Bale was the definitive Batman, and so it felt like, okay, now that we’re doing Batman versus Superman, we’re also restarting Batman … So it doesn’t have that kind of like, ‘This is the ultimate match-up of these characters.’ There’s something off about it.”

He adds, “So going into this movie, I didn’t want that feeling.”

The new film is set pretty shortly after the events of Godzilla: King of the Monsters and four decades after Kong: Skull Island—and Kong has grown quite bigger in the interim—but Wingard says these look and feel like the monster characters we’ve already encountered.

He also notes that Legendary would have allowed him to change the look of Kong and Godzilla, but ultimately he didn’t want to change it up. If he had though, what would he have changed?

“I probably would have liked to make Godzilla’s head a little bit bigger; his head’s a little small, you know? That complaint is not lost on me.”