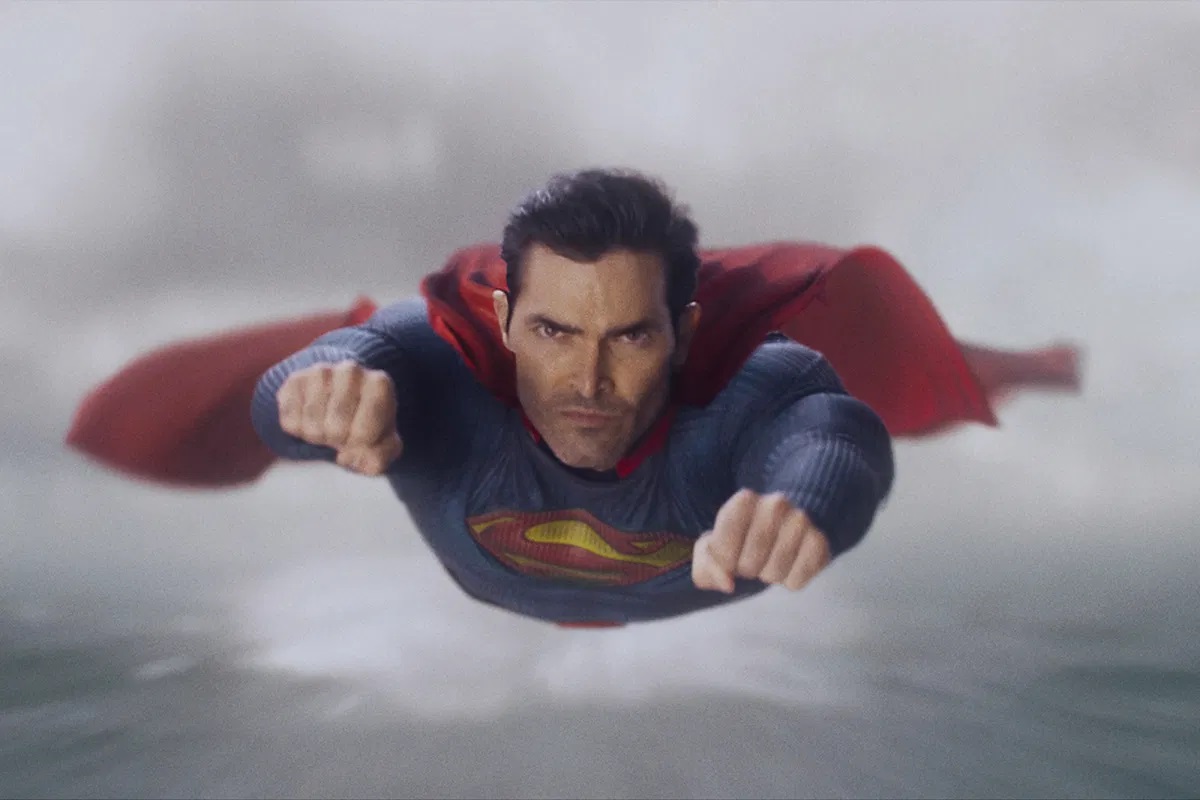 Superman & Lois episode 1 does it all! Callbacks to the comics that go all the way back to 1938! A visual reference to the character’s very first onscreen appearance! Random and obscure nods to comics from the ’90s! Oh, and a whole bunch of love for the granddaddy of all superhero movies, 1978’s Superman: The Movie.

Basically, if you’re a Superman fan, the first episode of Superman & Lois is like a love letter to nearly every era of the comics. Here’s everything we spotted…

At least we know that in this version of the story, Ma Kent made it.

Richard Donner and Superman: The Movie

Speaking of that memo board…there’s also a reminder for “Dr. Donner.” Richard Donner directed 1978’s Superman: The Movie, the first truly great superhero movie, and still considered one of the greatest of all time.

Superman III isn’t anyone’s favorite Superman movie, but there are elements of it that seem quite relevant to Superman & Lois.

The “Lombard” that Lois disparagingly refers to is Daily Planet sports columnist Steve Lombard. Lombard was a staple of Superman comics in the ’70s and ’80s, a former football player turned sportswriter who delighted in making Clark the butt of his jokes. He doesn’t appear quite as much these days.

Before Lombard worked for The Daily Planet, he was the quarterback of the Metropolis Meteors, and we get several references to that team throughout this episode, from posters in the Kent home to the boy Superman saves in the car sequence wearing a Meteors hat. And, of course, this explains why Lombard is such a good source of Meteors tickets for his co-workers.

The Death of Martha Kent

Clark at his mother’s deathbed mirrors an oft-repeated scene from the comics, where young Clark speaks to his father as he dies.

General Sam Lane has been a fixture of Superman continuity since 1959, and the idea of Lois being an army brat has been increasingly played up in recent years. Generally, Sam has usually had a more adversarial relationship with his future son-in-law than what we’re seeing here, but this is a nice change of pace, and one that will certainly make for some good storytelling opportunities down the road.

The signal device that Sam (and Lois) wield is similar to the watch worn by Jimmy Olsen. Here, it almost looks like it could have been designed by Jack Kirby, doesn’t it?

Young Jon Kent is a new addition to Superman lore, having only made his first appearance in 2015. There, he’s an only child, not a twin. After being a young kid for most of his time in the comics, he was recently aged up to a teenager (thanks to some space travel and relativity shenanigans). He is, of course, named after Clark’s foster father. Jordan is a new creation for the show and has no comics counterpart.

You may remember that Jon was initially an only child in the Arrowverse as well, but the reality altering effects of Crisis on Infinite Earths changed that.

Anyway, in the comics, Jon has powers. Lots of ’em.

When we first meet Jordan Kent, he’s playing the DC/Mortal Kombat crossover video game Injustice 2. That’s certainly…an interesting choice considering what the actual storyline of the Injustice games entails (it involves the Joker and a pregnant Lois Lane…as you can imagine, it doesn’t end well). Anyway, needless to say, that probably isn’t the story in the Arrowverse.

The Sequoia movie theater in Smallville during the flashbacks is showing a film called Rory’s First Kiss, which was the codename that Christopher Nolan’s The Dark Knight filmed under. This scene, in which Jonathan Kent dies, must take place earlier than 2008, though, so it’s unlikely that Rory’s First Kiss was a Nolan production in this universe.

Jonathan Kent dying of a heart attack has happened several times, but most notably in Superman: The Movie and on Smallville.

Who is Captain Luthor?

No, he isn’t Master Chief. All his talk about how his world was destroyed would seem to indicate he’s from an Earth that didn’t make it through Crisis on Infinite Earths, though. We’ll have to wait for future episodes to see how this one pans out.

And no, this doesn’t mean this doesn’t take place on the main Arrowverse Earth or that Jon Cryer’s brilliant portrayal of Lex is no longer canon. We’ll get answers soon enough!

Overbearing and overeager Daily Planet assistant editor Sam Foswell is just like that in the comics, too. He’s made a handful of appearances since 1991.

We also hear that Ron Troupe has been fired, and he’s a dedicated member of the Superman comics supporting cast, as well.

We’ll have more on Morgan Edge in the coming weeks, as he’s set to play a major role on this show. For now, just know that he’s got a 50 year history and is one of the few supporting Superman characters created by none other than Jack Kirby. His arrival in the Arrowverse bodes big things for the future.

Spot anything I missed? Let us know in the comments!