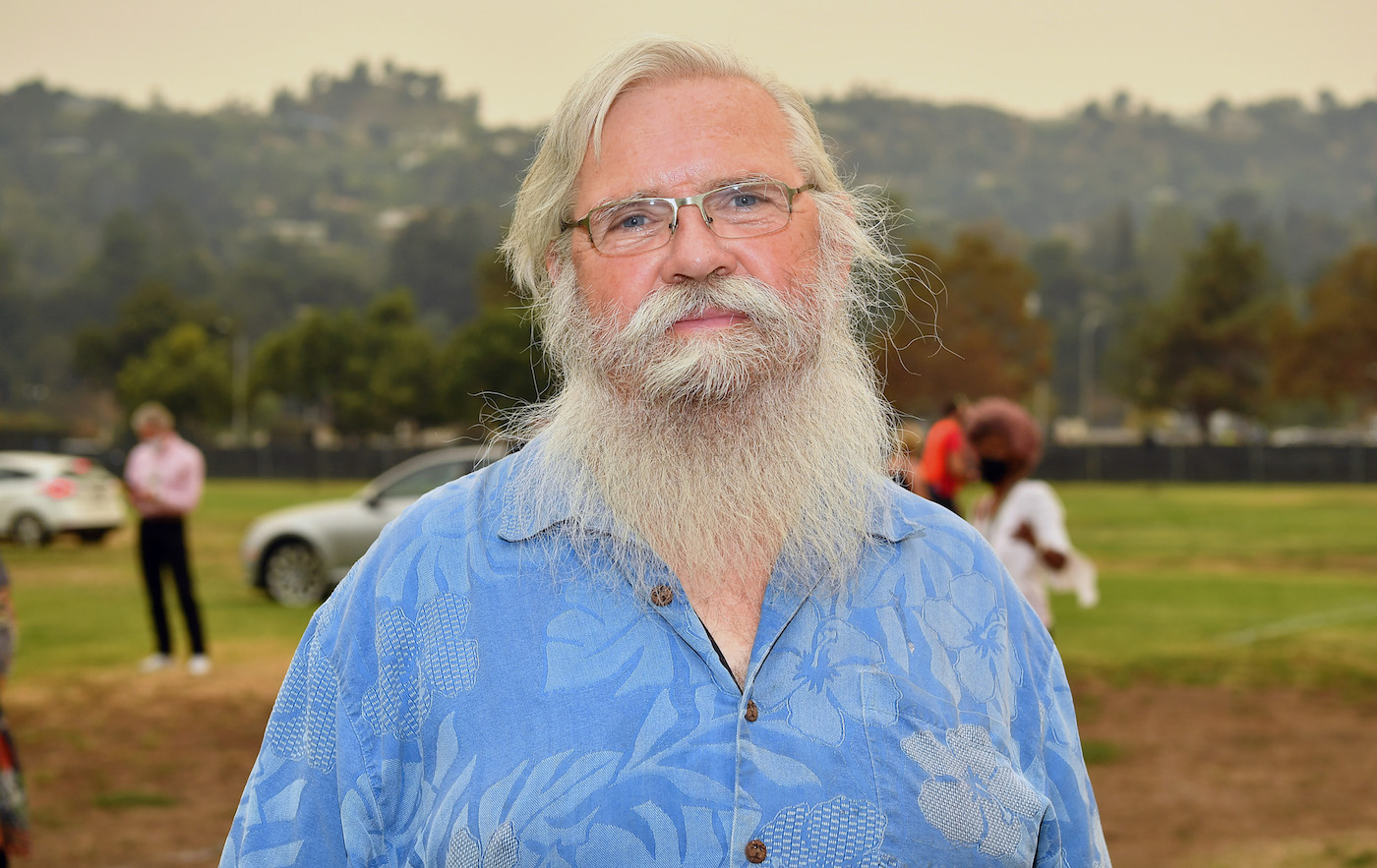 We’ve already written more generally about how director and writer Chloé Zhao used documentary techniques to blur real life and fiction in her neo-western drama Nomadland, which is now available to stream on Hulu. One of the chief filmmaking choices Zhao made was to utilize non-actors to play fictionalized versions of themselves. Characters like Linda May and Swankie are played by real-life nomads who live in their vans. Bob Wells, a vlogger and author who writes about life lived in his refurbished van, is the most famous of the actual nomads to appear in Nomadland. Wells is an older American in his 60s who runs a website and YouTube channel called CheapRVliving. Both platforms chronicle his life living in a van.

“Society told me that this was the worst possible thing that could happen to me, to live in a van,” Wells told PBS’ Independent Lens in January. “To be homeless, be a bum, live in a van. I found this [to be a] life that I loved, and so I wanted to start telling people there’s a different way to live.”

As depicted in Nomadland, Wells also runs an annual gathering for the vandweller community. Called the Rubber Tramp Rendezvous, the RTR takes place every January in Quartzsite, Arizona. In 2019, 10,000 van-dwellers attended. As with most of the other non-actors who appeared in Nomadland, Wells was one of the many people journalist Jessica Bruder interviewed and got to know when writing 2017’s Nomadland, the non-fiction book on which the feature film is loosely based.

Midway through the film, Wells has a particularly affecting scene with Francs McDormand’s Fern in which his on-screen “character” tells Fern about his divorce and the death of his son. Wells was working off of a script written by Zhao but based on Wells’ real-life experiences. “The story I told about my son was true,” Wells told Vulture, adding that prior to the film, he had told only about 20 people the story of his son’s death. “I mean, those were my experiences. And so, it was easy to find [the words], because they’re me.”

Nomadland is about many things—including the struggles of being poor and older in modern America, and the freedom nomadic, van-dwelling life can grant its community members—but it is also about grief. Grief for an American dream that increasingly doesn’t exist for most people (if it ever did), and also grief for the loved ones often lost in the pursuit of it.

Fern’s journey in the film is driven by the loss of her husband and the loss of the town they called home. Both of these things are dead in its own way, and both of these things have become unreachable to Fern. Her conversation with Bob is thus one of the scenes in which that theme of grief is made explicit, and it’s hard to imagine what the film would look like without Wells’ story.

“About two, three days before the scene, [Zhao] came in and I told her,” Wells told Vulture of his decision to share the story of his loss. “That was the first time she knew anything about my son. And of course, she asked if I would be willing to share that. I have not handled the death of my son at all well, and it’s been a very private thing. And actually, I think the movie was very, very healing for me—actually saying it, telling the world. It was a gift to my son’s life, and of my life to the movie.”

The vulnerability that Bob Wells chooses to share on the screen seems to be an echo of the vulnerability he has been sharing in his role as a facilitator of the van-dwelling community for over a decade. It is a gift worth celebrating, and Nomadland does—which is only one of its many, quiet accomplishments.