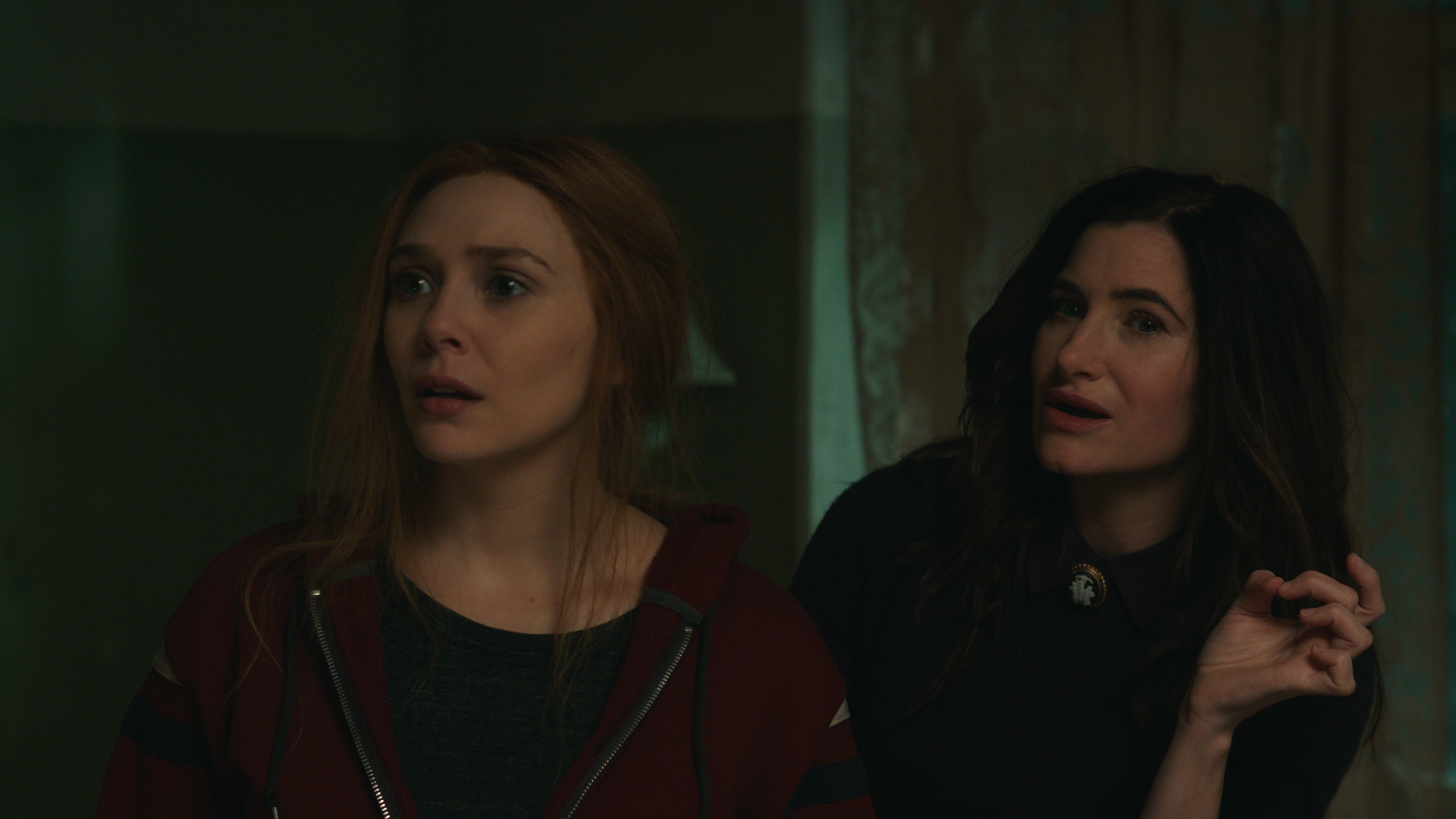 With just one episode left in the season – and technically the series – the finale of WandaVision has a lot of ground to cover.

Its penultimate installment was not just a heartbreaking retrospective of just how terrible Wanda’s life has been and how much she has suffered, it gave us an entirely new understanding of a character that’s been part of this universe for four feature films to date. Plus, there’s the whole thing where a secret government agency appears to have reanimated Vision’s dead body to use as a weapon, and Wanda herself is most likely a legendary, all-powerful witch.

How the series plans to wrap up these dangling plot threads in addition to laying the groundwork for the upcoming Doctor Strange in the Multiverse of Madness and establishing what comes next is anyone’s guess. But there are a few things that WandaVision is going to have to tell us in order for this series to truly stick the landing as the MCU’s most ambitious – and best – project yet. (Which right now, with one episode to go, is a title it wins by a mile.)

Here are nine burning questions we need the WandaVision finale to answer.

What is the Scarlet Witch?

In an episode filled almost to bursting with surprisingly rich callbacks to multiple MCU films, the biggest moment was still probably Wanda being directly referred to as the Scarlet Witch for the first time. But what that actually means is anyone’s guess.

Sure, she’s powerful enough to literally rewrite reality and turn a run-down New Jersey town into a classic sitcom paradise. But that’s not exactly news – she did destroy an Infinity Stone and almost take down Thanos in the Avengers movies. Agatha bestows the name upon her as though it means something significant, as if Wanda’s some sort of magical harbinger that has a larger role to play in…something (and the Scarlet Witch costume Wanda sees in her vision would seem to back that up). But who or what is she?

What Does Agatha Harkness Actually Want?

Most of us have assumed that Agatha Harkness must technically be the Big Bad of WandaVision – I mean, the song says that she’s been pulling every evil string, c’mon – but “Previously On” hints that may not entirely be the case. The creation of Westview was clearly a result of Wanda’s chaos magic, so…what is Agatha doing there? And what is her ultimate goal?

Has she sought Wanda out simply to determine where her power comes from? To try and steal it for herself? To suss out another powerful witch to become besties with? (Agatha was Wanda’s mentor in the comics.)

Are we meant to read Agatha as a true villain – or something more complicated? I mean, she does put Wanda’s kids in choke collar leashes, but whether that’s out of a desire to protect herself from the Scarlet Witch or to use her in some way is still unclear.

Well, there go our theories that poor Wanda has just been puppeting her dead boyfriend’s corpse around Westview (thankfully – that idea was always dark af). Instead, it appears that this is more of a Vision 2.0, a being created by a combination of an incredibly powerful dose of Wanda’s chaos magic, her memories of the man she loved, and the overwhelming grief she can’t seem to control.
But does that mean Vision is actually alive? Like, could appear in another MCU film, alive?  And if so, why can’t he leave the boundaries of the Hex? Does he even have a physical body, or is his form just a Wanda-powered projection?

What is Tyler Hayward’s Endgame – and Why Is He Trying to Blame Wanda for it?

One of the biggest revelations in “Previously On” was that Wanda did not, in fact, storm into SWORD headquarters and steal back her boyfriend’s dead body. Instead, she actually experienced a quietly shattering moment of grief in which she accepted that the Vision she loved was truly gone. So…why did SWORD director Tyler Hayward not only insist that she did, he literally put together a deep fake video to prove it?

Hayward has been a fairly shady figure since he first appeared on WandaVision, but this is some next-level mustache-twirling stuff. Has he just been trying to turn Vision’s body into a weapon – seemingly mission accomplished there – or has he been crafting a much larger and more nefarious scheme?

After all, he is on record as hating the superpowered beings that he believes are responsible for both the Snap that erased half the population and the Blip that brought everyone back but ultimately devastated those left behind in the meantime. Is the White Vision his revenge on Wanda – and those like her – in some way? (Truly, so many problems could be solved in the universe of the MCU if people just got some help for their PTSD, but that’s a rant for another day.) Or is Hayward’s scheme more complicated in some way?

What is the Purpose of the White Vision?

The Dr. Manhattan-esque White Vision revealed in this week’s credits scene is both creepy and heartbreaking at the same time. The real Vision, after all, had specifically requested that he not be brought back or used as some kind of weapon after his death. And now he’s been made into what is likely some sort of soulless killing machine, using his soulmate’s magic and against his own wishes. How Hayward figured out how to reanimate Vision, what vibranium he was tracking in the Hex, and what he intends to do with this new weapon he’s made are all outstanding questions. But none of them likely have happy answers.

Look, we probably have to start preparing ourselves now emotionally for the fact that Wanda is going to have to fight the reanimated body of her dead lover, who probably won’t even remember her name. And she’ll have to do it with the magical recreation of him she made in Westview at her side, in a battle that will more than likely destroy both Visions by the end of it.

And at this point, we’re going to need a WandaVision Season 2 in order to deal with Wanda’s trauma from all of that (that’s not a complaint, by the way).

Is Wanda a Mutant Now?

With the X-Men franchise officially part of the MCU, the question has to be asked: Is Wanda Maximoff officially a mutant now? Her exposure to the Mind Stone clearly triggered or otherwise activated some latent abilities – powers that the show implied would have vanished otherwise.

Wanda and Pietro appear to be the only two individuals who survived HYDRA’s attempts to create supervillains using the Mind Stone. Does this mean that Pietro’s survival also indicates that his powers were merely latent and then “activated” by their experiments?

Does this twist give Wanda back her official mutant roots, or is it just an origin story for witches in the Marvel universe?

When last we saw Monica Rambeau, she was getting busted for snooping by Agatha’s nebulously explained fake version of Pietro Maximoff. Since she doesn’t appear in “Previously On” we’re still not sure where she is, what’s happened to her in the meantime, or what role she has to play in the finale.

One has to assume she’ll show up to fight at Wanda’s side – whether that’s against Agatha or the White Vision or both – but how?

We also don’t know much yet about her superpowers. We’re all assuming she’s basically just inheriting her comics abilities as Spectrum, but will those abilities work outside of the Hex or without Wanda to power them?

What Does This All Mean for Pietro?

Though we journey back to the HYDRA base in which Wanda and her brother were experimented on, we don’t see any hint of Pietro in this episode (and, no, the child version doesn’t count). We know that the Evan Peters version is a fake conjured by Agatha to pry information on how she created the Hex out of Wanda – how is she powering that by the way? And how does Fake Pietro know so much real Maximoff history? – but what does all this new backstory mean for the Maximoff brother who died?

What happened to Pietro when he encountered the Mind Stone? Were his powers also latent and only “activated” by the stone like Wanda’s (and thus making him a mutant)? And does any of this somehow open a door to bring Quicksilver back to the MCU?

Who is the Aerospace Engineer?

Yes, we’ve all apparently spent weeks thinking about a throwaway line from Monica back in WandaVision’s fifth episode, in which she references an aerospace engineer she knows who might be up for the challenge of figuring out the Hex.

Maybe it’s nothing, but this is Marvel, so it’s almost guaranteed not to be nothing.

Could Monica’s mysterious friend be Reed Richards and could SWORD serve as a way to finally introduce the Fantastic Four into the MCU? It’s more than possible – it’s practically likely at this point. There are other options – Victor Von Doom and Hank McCoy are also notable Marvel scientists we’ve yet to meet in the MCU – but doesn’t Reed just make the most sense?

How Will WandaVision  Lead Into Doctor Strange 2?

One of the few things we do know about the WandaVision finale is that it’s somehow connected to and will likely lead directly into the upcoming MCU film Doctor Strange in the Multiverse of Madness. At this point, it seems safe to say that Wanda is more likely than not responsible for both the multiverse and the madness parts of that title, and the finale will involve her somehow fully becoming the Scarlet Witch and unleashing some cosmic chaos powers.
But where does that kind of ending leave  Wanda and Vision? Will Doctor Strange himself show up – either to defeat the White Vision or stop Wanda from ripping down the walls of reality? Will Vision have to die again? And how does Agatha Harkness fit into things? (At this point, she’s more than earned a place in Doctor Strange 2, if you ask me.)