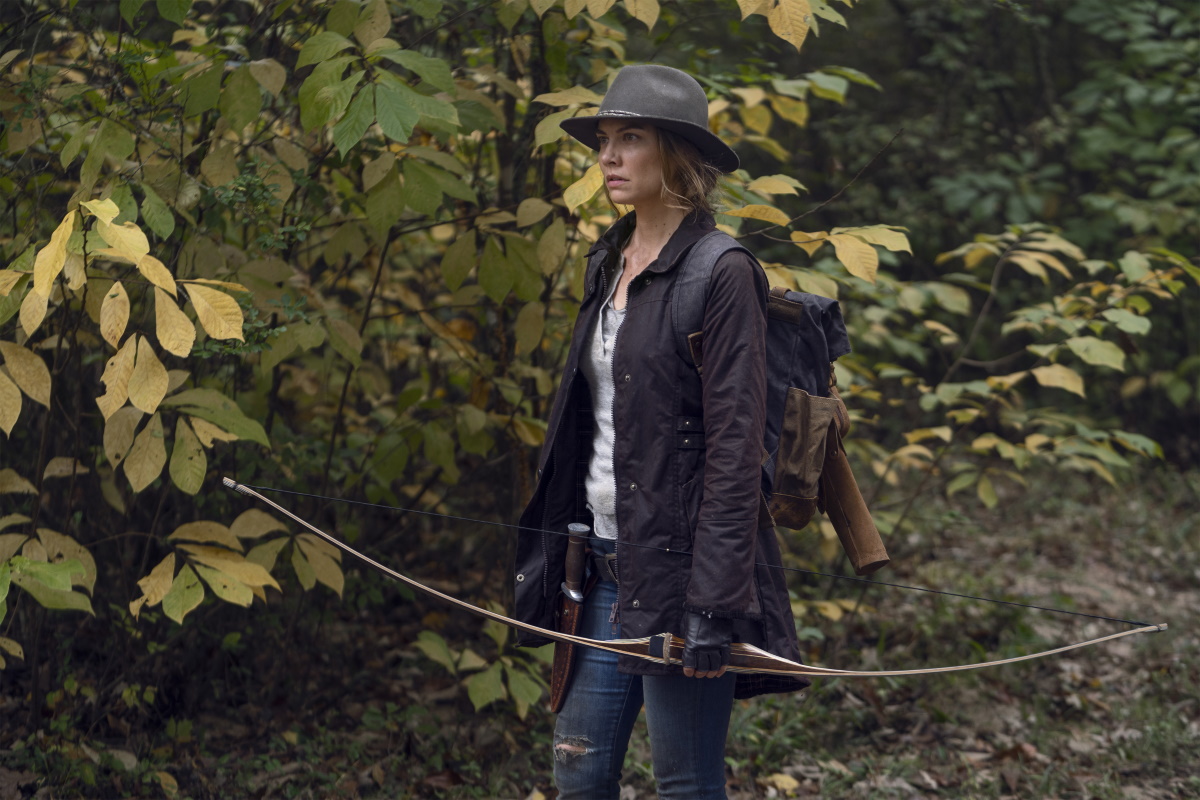 The Walking Dead is not a show that can be described as “free from issues.” Since the very first season, the series has made a habit of introducing a group, only for that group to self-destruct, disappear, or die, either on screen in the case of the prisoners from season three’s West Georgia Correctional Facility, or off-screen in the case of the eponymous Vatos from season one’s “Vatos.” A group shows up, and typically, they die in short order. Maggie’s group of hardened survivor pals is no different. A few will stick around, but for the most part, most of them are just waiting to go from their first appearance on screen.

Of course, as it usually it, it’s in service of a bigger, badder enemy. This one seems to have it out personally for Maggie (Lauren Cohan), given that they chased her and her group of survivors from their former home outside of Knoxville all the way to Alexandria, Virginia, over the Appalachian Mountains and across several state lines (or what were once state lines). By car, that’s 7 hours if you take the short path or almost 9 hours if you take the path that doesn’t run through the mountains. On foot or by horse, the journey is much longer, and much more perilous given that it passes through bear country in one direction and through multiple huge cities in the other. Pick your poison.

The flight from the ruins of one community to the ruins of another community is undoubtedly a desperate one, and Maggie’s group of stragglers seem exhausted, bedraggled, and completely overwhelmed by their experiences. Given the difficult the folks of Alexandria and Hilltop had with the Whisperers, one can surmise that the Reapers are no easier to deal with. Post-apocalyptic society a la Kirkman is one of constantly escalating threats, with the bad guy groups getting bigger, weirder, or more determined depending on their reasoning and weapons capacity. The Reapers, at first, don’t seem particularly weird, but definitely dangerous all the same; bows and knives work against other people armed with bows and knives, but they’re not quite as good against people with guns, ghille suits, and hand grenades.

The bulk of “Home Sweet Home” serves to set up the inevitable scenes with Negan and Maggie having a one-on-one talk. It’s going to be awhile, but it has to happen at some point, and director David Boyd makes sure to book-end the episode with shots of Negan and Maggie making eyes at one another before one or both of them go back to doing other things. It only took a couple of scenes to establish that, as well as a brief conversation with Carol (Melissa McBride) and Daryl (Norman Reedus) to lay that groundwork.

Otherwise, the only thing that the episode really does is catch Maggie up on the events of the past season while introducing the new antagonists for the last quarter of season 10. There’s some pretty solid moments of tension as Maggie and Daryl go looking for the missing Hershel Rhee and the few remaining survivors who survived the trip from Tennessee, and a few good moments of character work, particularly between Kelly (Angel Theory) and Elijah (Okea Eme-Akwari), Maggie, and Daryl regarding the missing Connie. There are a few nice moments in Kevin Deiboldt & Corey Reed’s script where that is concerned, but Kelly leaving the group unguarded to go looking for her sister strains a bit in comparison to Maggie’s hard-luck stories about how every group she came across ended up falling apart by the end of her tenure with Georgie.

There’s something to be said for that idea. Entropy has its way with all things, including human civilization. Maggie, despite a full manual on post-apocalyptic survival and lots of experience in building and improving a community, failed. A lot, according to what little she reveals about her time away from Hilltop. To come back and find that the situation at home is just as bad, or worse, than what she ran away from. The Whisperers might be gone, but their damage remains. There might not be a whole battalion of Reapers coming after Maggie, but the one Reaper who shows up is a formidable opponent who throws Daryl and Maggie around like Jason Voorhees before exiting the show in dramatic, yet cryptic, fashion.

The fact that yet another armed group is rampaging across the countryside isn’t a huge surprise; that’s been a thing since the very first episode of The Walking Dead. However, at this time, to see a group that has ammunition enough to shoot people and functioning grenades would have to be frightening to Carol, Daryl, and the rest. Resources matter, especially when the other side doesn’t have any. One guy with a gun killed four of Maggie’s people, and nearly killed two more with only one actual force multiplier. Imagine if, say, a dozen fighters of that level with guns showed up while Alexandria is defenseless, or while a group is making the long walk to Oceanside. It’d make the Whisperer War slaughter look like a walk in the park.

Of course, they have to get there first. Reintroducing Maggie (and introducing her new pals) slows things down a great deal, and it rehashes some familiar territory with the Maggie and Negan discussions, so the first episode of 10C doesn’t come flying out of the gate. There’s one solid zombie-killing set-piece and a pretty solid action sequence when the Reaper shows up and starts killing people, but aside from those moments, it’s mostly catching up. There’s not much substance, but it’s mostly setting the bait for the rest of 10C and moving forward rather than resolving something huge from the previous season. The hope is that patience will be rewarded, and Season 10’s strong writing continues forward after a solid, but unspectacular, reintroduction of a fan favorite character.