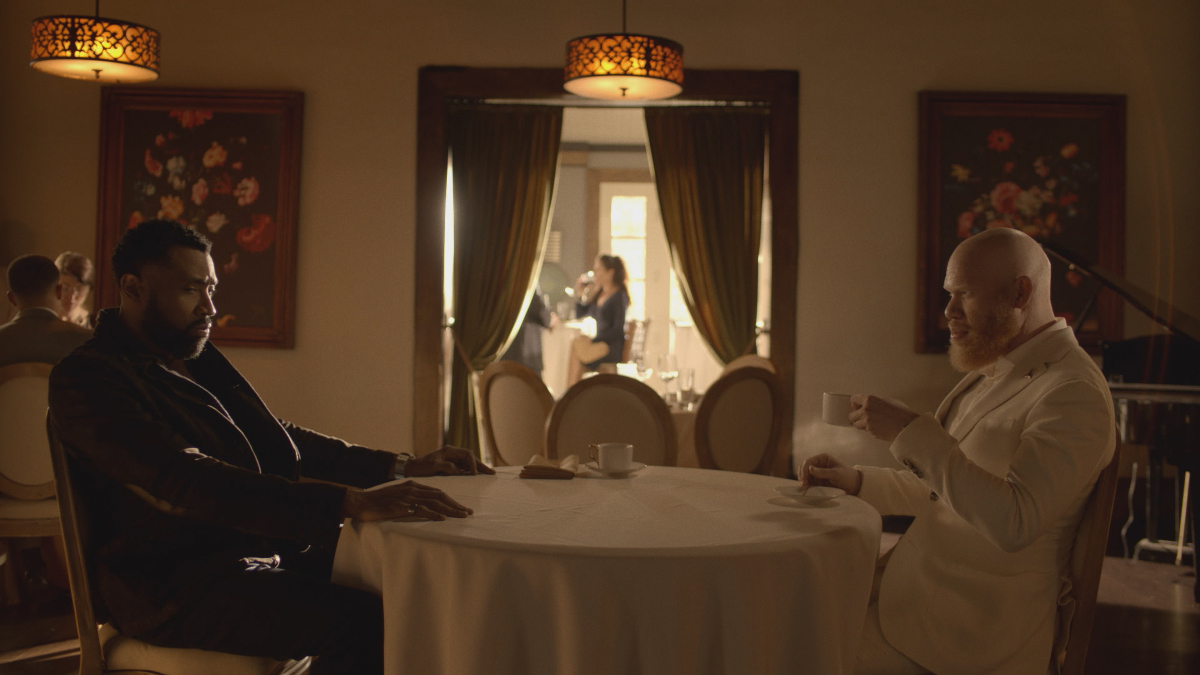 Black Lightning has been dealing in trauma for the entirety of its run and that has not changed in this, the final season. And while that can be exhausting, writers have used it to a mostly positive effect, driving the emotional core of the show. Jefferson has cocooned himself in his grief and he expels those feelings in fits of violent rage that have left more than one—admittedly deserving— person severely injured. Fighting in Lala’s illegal cage matches may have given Jeff an outlet, but he still carries his hurt with him. When Lynn confronts him about the fighting, which was discovered by Jennifer and TC, he lets loose a verbal grenade that she returns in kind. Jefferson and Lynn are in different types of recovery, and introspection could only take them so far without also confronting their unresolved anger toward each other. Finally allowing them to express the ugly emotions makes way for real healing, and even more compelling storytelling.

Black Lightning is a show based on a comic book and as such, there has to be something epic going on. Tobias is clearly setting the mayor up by suggesting he have a gun buyback event at the homeless safe zone. Freeland is awaiting shipment of the next-gen DEGs, which as we’ve seen, can do major damage to metas. When Lala attacks the buyback event, Lightning, Blackbird and Grace—newly-nicknamed Wylde— intervene. When the mayor is fatally shot, Chief Lopez blames them for getting in the way. This further cements Lopez’s hate towards metas which puts them at even greater risk. And Gambi’s tactic to delay deployment of the DEGs merely slows production by a few days. The writers wanted to make it clear this episode that shit is very bad and certain to get worse.

To recap: Tobias has the mayor killed, and successfully pushes an anti-meta rhetoric, which Chief Lopez fully supports. Freeland law enforcement—and the criminal element— will soon be in possession of powerful anti-meta weapons. Monovista, makers of the DEG, is secretly working on an energy field emitter for an unnamed client who I’d bet is Tobias, possibly planning to Malcom Merlin a piece of Freeland. Things are not looking great for the good guys. On top of all of that, Jennifer may be dead.

If this were not the last season of Black Lightning I would be absolutely certain that Jennifer’s apparent destruction is a fake out. But knowing that this is it, and that China Anne McClaine, who plays Jenn, was leaving anyway, I don’t know what to think. Jennifer flies to the ionosphere which she’s been doing with increasing frequency, but this time the power she absorbs is too much. She appears to… explode. Some part of me believes that the time we’ve spent with Jennifer this season has a prelude to something…. else, something that changes who she is but leaves her alive to be changed. The other part of me though recognizes the weight of a main character death. Especially the youngest daughter of our series hero.

Fridging Jennifer for Jefferson’s redemption would be a bad look, because it always looks bad killing a woman to enrich a man’s story. But the Pierce women have always been the emotional anchor tethering Jefferson to his heroism, and their safety has always been a key motivator for him. Jenn’s endangerment in season one is what brought Black Lightning out of retirement and ultimately propelled the story forward. It would be tragic, maybe poetic, if Jennifer’s death brings Black Lightning back once more, but that is a very fine line to walk. I may be getting ahead of myself but I can’t help but to ask. What else could bring Khalil back to Freeland if not to mourn his first love? What could make Anissa leave? Jennifer’s death, if that’s what it really is, would be impactful.

When Jefferson and patrons of a Freeland bar get into an open conversation about heroes, and Black Lightning in particular, Detective Hassan Shakur (Wallace Smith) shares how Black Lightning saved him. “When you talk about Black Lightning, you put respect on that man’s name.” Whether or not Hassan has agreed to aid Jefferson, it’s clear he has a respect for the impact Black Lightning has had on the city. And that is significant. Also significant is that Jefferson is moved to action. He asks Lynn to accept Tobias’ offer, signaling a shift from being reactive to proactive. Jefferson might not be ready to be Black Lightning, he may never be, but he’s tired of wallowing and tired of pushing his family away. Cress Williams is in his MF bag, thoroughly pulling us into Jefferson’s despair and disappointment. His performance is doing a lot of heavy lifting

This episode is emotional and full of action, and it feels like the writers have their foot firmly on the gas. Whatever is coming, I hope Black Lightning continues to apply pressure and keep the momentum going.