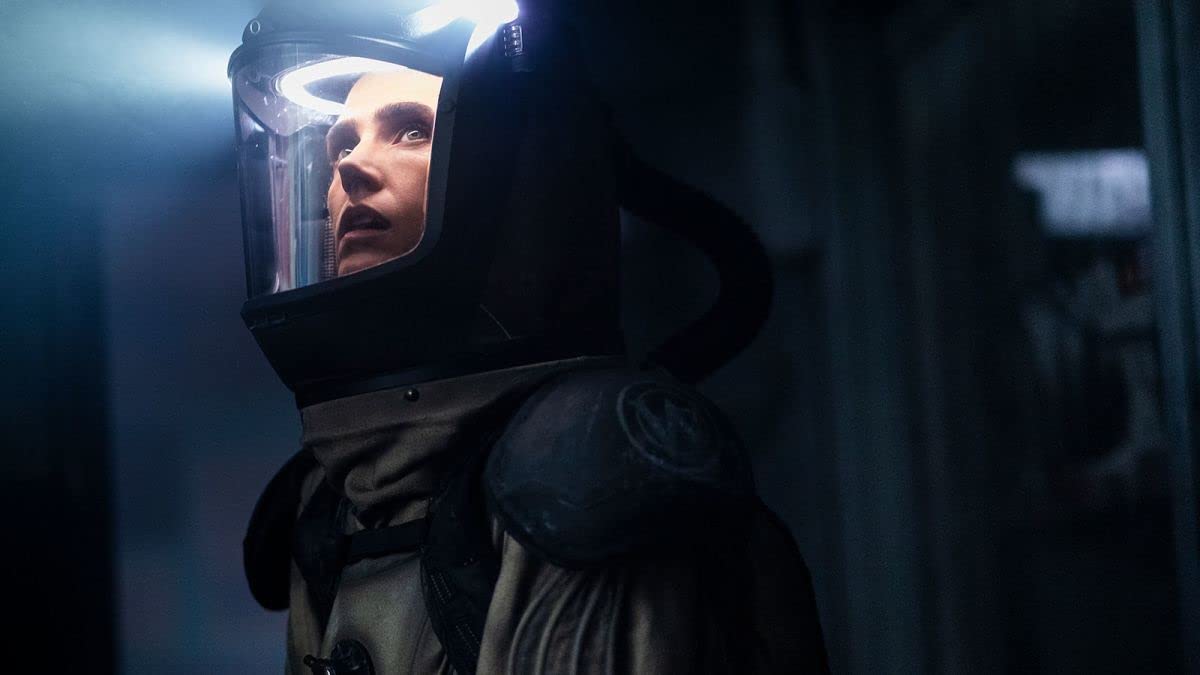 The first season of Snowpiercer, when you dug through all the sci-fi trappings, was a simple mash-up of a standard dystopian end-of-the-world society and a film noir, with Daveed Diggs playing both the speechifying revolutionary and the hard-boiled, world-weary detective all at once. He has seen it all, he is over it all, and he is ready to shake everything up and give something new a try. One way or the other, he was over the status quo. However, one film noir trope that Snowpiercer did not really indulge in was the unreliable narrator. First codified as a genre trope in 1961 by Wayne C. Booth in “The Rhetoric of Fiction:, the unreliable narrator is a familiar element in fiction no matter its form.

When it comes to film noir books, movies, and other media, the unreliable narrator tends to fall into the rough classification of The Madman as defined in William Riggan’s 1981 work Pícaros, Madmen, Naīfs, and Clowns: The Unreliable First-person Narrator. Essentially, it’s someone whose own mind won’t allow them to accurately describe their situation, either because they’re trying to uphold a tough-guy façade, someone with mental illness that renders them incapable of separating truth from fiction, or because they’ve been traumatized to the point of cognitive dissonance to attempt to deal with a trauma. Alternatively, if you’re Melanie Cavill, exhaustion, overwork, and starvation team up to drive you mad in isolation hundreds of miles from the last remaining civilization.

Putting a character like Melanie so far from the action for half of the series was a bold choice, both from the character’s standpoint and from the show’s standpoint. Jennifer Connelly is a very strong actress, so something like this is not outside of her wheelhouse, but sidelining Melanie on a suicide mission is still brave. She is hundreds of miles from the train, locked in a tiny research station with frozen corpses outside, and no company except her own hallucinations. Wilford (Sean Bean), Layton (Daveed Diggs), and Alex (Rowan Blanchard) all show up to torment or support her, depending on how she’s feeling about herself at the moment.

Fortunately, at no point does the show suggest that these people are anything other than Melanie’s own self-doubts and fears made manifest as she tries to ration what little food she has after an avalanche wipes away her extra supplies and her transportation back to Snowpiercer for pick-up. Not an ideal situation for anyone to be in, especially not someone who has nothing else going on but her work and her own lingering guilt over the decisions she’s made to sustain humanity and protect them from Wilford’s corrupting influence and megalomania.

Considering just how much the trio of visions have been on her mind, it only makes sense for them to show up in Donald Joh’s script. Wilford, always picking at her insecurities. Layton, encouraging her to do what she needs to do to survive, even if it means eating corpses (or rats). Alex, Melanie’s disembodied technical support process and the encouragement that she needs to keep trying to resolve technical problems. Interspersed with her delusions are her memories, specifically her version of events concerning just how, and why, she ended up stealing Wilford’s train out from under his nose. If nothing else, Melanie’s version of Wilford might be the only thing worse than Wilford in reality, full of smarm and condescension. He is Melanie’s self-doubts given a body, and Sean Bean leans into that with his detached derision. Layton and Alex are important aspects, but mostly afterthoughts after Wilford’s almost-constant presence at the fringes of Melanie’s mind.

Director Leslie Hope and the technical crew make good use of their relative simple, relatively cramped (yet empty) set. It’s both eerie in its silence and claustrophobic, with Melanie completely alone with her thoughts while being surrounded by the remains of the old world and its last stand against the cold. That it is a mother who abandoned her child only to give up completely and kill herself in Wilford’s preferred manner makes the situation extra meaningful for Melanie. She is mostly alone in reality, but the interactions she has with the people in her head help move the episode along, with the figures disappearing at the right, or wrong, times for Melanie’s mental stability. It provokes questions as to what’s actually happening and what is actually being imagined.

We know from Snowpiercer’s perspective that the eleventh beacon was never connected to; it’s safe to assume that the radio tower actually did collapse and grind that experiment to a halt. However, to Melanie, she got the tower repaired and connected to the other beacons to run the climate models. That was never shown on Snowpiercer. The truthfulness of that scenario remains to be seen.

Likewise, Melanie watches in horror as her ride leaves her behind; that’s another thing that the show has yet to show us, so who’s to say it happened? Who’s to say it didn’t? Melanie had a very narrow escape getting to the research facility, and she’s had a couple of other close calls since then. Wilford makes sure to remind Melanie of her hallucinations, thin mountain air, and looming starvation at every turn. Layton might encourage her to make her rat kabobs, but who knows what sort of diseases those rats might be carrying that she could have ingested? Alex suggests exposing the thermal vent to cut down on resource usage for life support, but inhaling gas from a thermal vent is what gave the oracles at Delphi their renowned hallucinations. Melanie is already lightheaded from oxygen deprivation; huffing a bunch of mystery gasses will not help unscramble her brain.

So when Melanie watches Snowpiercer roar away at full speed, is that real? Did she really complete her experiment and repair the radio tower? Is she not getting an answer from anyone on Snowpiercer or Big Alice? Did Wilford make his move? Did a disaster happen? Is any of it real? Is all of it real?

It’s all up in the air. Every option available to the creative team is on the table and only they know which direction the track will bend. The rest of us are just along for the ride, trying not to derail.