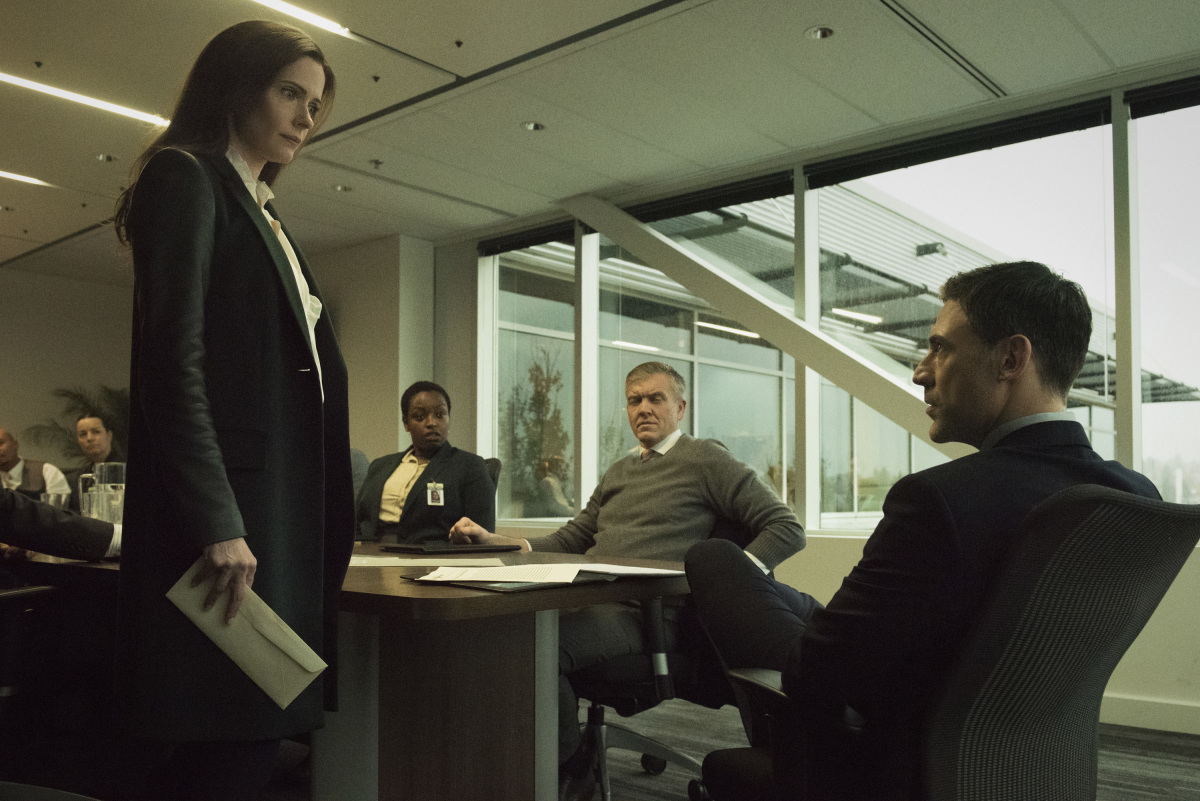 There’s no question that Superman & Lois really knows its stuff. The first episode was a genuine love letter to Superman history, and proved once and for all that you can do a faithful, reverent take on the Man of Steel legend without just retreading stuff people have seen a thousand times.

Superman & Lois episode 2 digs a little bit deeper for its lore, but once again pulls tons of terrific deep cuts from both DC Comics and the character’s history in movies and on TV.

Here’s everything we found…

Captain Luthor is from a world that was ravaged by an evil Superman (one wearing the black suit that we saw him wear on Elseworlds). Could this mean that this Luthor is from a world similar to Earth-3 in DC Comics, where the people we know as heroes are in fact evil and vice versa? If so, Captain Luthor could be Alexander Luthor, the power-suited and heroic champion of Earth-3 who fought against an evil Justice League known as the Crime Syndicate.

We have much more about Captain Luthor right here.

One of the soldiers working with General Sam Lane is referred to as “Rosetti.” Could this be Colonel Reno Rosetti of DC’s Human Defense Corps? I think so, especially since it leads into…

The mysterious 7734 is more than just “HELL” in numeric and backwards form. Its existence dates back to the Superman: New Krypton special, which kicked of a massive saga in the comics that eventually culminated in War of the Supermen.

There, 7734 was indeed the brainchild of Sam Lane, and it was meant to keep the planet safe from Superman-style extraterrestrial enemies. It blended military expertise with Lex Luthor-esque super science, so you can see how/why Captain Luthor might have been involved on his world.

It’s not often that we get an Arrowverse character created solely by the legendary Jack Kirby, but that’s Morgan Edge! Edge first appeared in Superman’s Pal, Jimmy Olsen #133 in 1970. This isn’t Edge’s first turn in the Arrowverse, having been played by Adrian Pasdar on Supergirl already. This appears to be a different Morgan Edge than the one Pasdar played (who ended his Supergirl run as a known criminal rather than the shady vulture capitalist we see here), which is certainly a result of changes made to reality in the wake of Crisis on Infinite Earths (like the recasting of Sam Lane and his warmer relationship with Clark and the very existence of Jordan Kent and the aging up of the boys to teenagers).

There’s another big Smallville connection, too…

The sharp-eyed folks at the ever-reliable Kryptonsite pointed out that Mayor George Dean is played by Eric Keenleyside. And while Mayor “Dean” could possibly reference former TV Superman Dean Cain of Lois and Clark: The New Adventures of Superman fame, he has a more direct connection to the Superman mythos, however minor.

Keenleyside played Chloe Sullivan’s father in a deleted scene from the Smallville pilot. He later turned up as “Mike the Bartender” in a single episode of Smallville season 2, “Suspect.”

The music all through this show evokes the mood of Hans Zimmer’s excellent Man of Steel score, but it’s particularly noticeable in the Fortress of Solitude scenes. Additionally, the idea that it was a depletion of natural resources that started Krypton’s eventual spiral into destruction is something from the comics, but that was really spotlighted well in Man of Steel.

But speaking of that Fortress…

The Fortress of Solitude

Lois makes reference to some failed investments that Morgan Edge made in New Carthage. New Carthage is a fictional town in the DC Universe, roughly located around upstate New York like Poughkeepsie or New Paltz or somewhere. And like that latter college town, it’s the home of Hudson University, where Dick Grayson went to college. Folks, if this show is gonna keep dropping Batman deep cuts, I’m just gonna have to keep pointing ’em out!

Batman? Is that you?

On that note…Moldova is a real country, albeit one that was parodied/fictionalized as “Moldavia” in the very first episode of the 1966 Batman TV series, “Hi Diddle Riddle.” If you want to include the “Rory’s First Kiss” joke on the movie marquee from episode 1, this is the second Batman Easter egg on the show. No? Too much?

The Smallville High football team is coached by “Coach Gaines.” Gary Gaines was the Permian Panthers football coach who was played by Billy Bob Thornton in Friday Night Lights. Helbing has also pointed out the Friday Night Lights vibes they want to evoke on this show with its football sequences, and how Lois and Clark handle small town parenting.

The Sequoia movie theater has some graffiti that seems to be the initials BK or KB. Could this be Kenny Braverman, the supervillain known as Conduit who knew Clark had powers back in Smallville? OK, fine, I’m probably reaching here.

The moving company that the Kents use to move from Metropolis to Smallville is called “Change of Pace” with the slogan “Go anywhere, anytime.” This may or may not be an echo of a sentiment Superman & Lois showrunner Todd Helbing expressed to me in a recent interview about the decision to move Superman’s base of operations. “The way we approached it was, if Flash is the guardian of Central City and Supergirl is the guardian of National City, Superman is the guardian of the world,” Helbing says. “So it really doesn’t matter where Superman’s based. He can fly anywhere in the world in a matter of seconds. Once you understand that, it really doesn’t matter where his home turf is… it could be anywhere.”