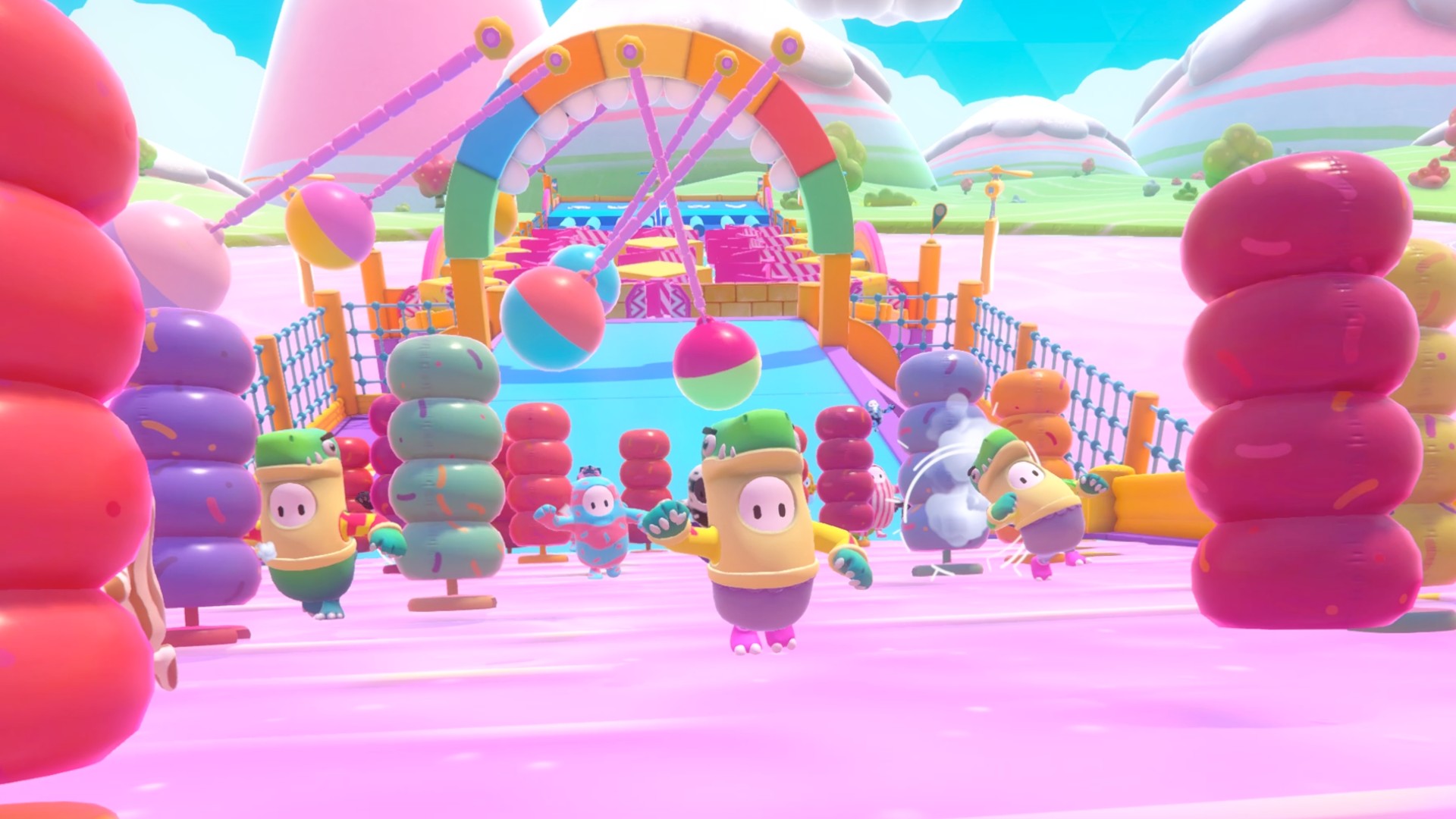 After becoming the multiplayer phenomenon of the summer, Fall Guys is back in the headlines, not because of an upcoming drop of seasonal content or a new set of cross-promotional skins. Epic Games, the studio behind battle royale behemoth Fortnite as well as the Unreal Engine and the Epic Games Store, has acquired Fall Guys developer Mediatonic.

This of course means that Mediatonic will now have access to all of the resources and tools under the Epic umbrella. So what might Fall Guys future look like under Epic?

For one thing, Mediatonic made clear in a special FAQ concerning the acquisition that Fall Guys will still be purchasable on Steam despite Epic having its own digital marketplace for PC titles. This would be a big departure from how Epic has handled these deals in the past.

When Epic bought Rocket League developer Psyonix in 2019, it took the competitive car soccer game off Steam’s marketplace, although the game remained available to players who had purchased it on Valve’s platform already. The move to sell the PC version exclusively on the Epic Games Store pissed off many fans, which is perhaps why the company isn’t taking the same approach with Fall Guys…for now.

But there are also other questions on players’ minds…

Does the Epic deal mean that Fall Guys will finally get cross-play functionality across platform? Epic Games has been one of the major champions of the industry’s shift towards a more interconnected online multiplayer ecosystem. Fortnite was one of the first online games that allowed players from Xbox, PlayStation, PC, Switch, and mobile to play with each other no matter the platform. And Epic was clearly interested in expanding its cross-platform portfolio when it purchased Rocket League, which had cross-play even before Psyonix was acquired.

Fall Guys presents another opportunity for Epic to expand its cross-play offerings. According to Mediatonic, the feature could very well be on the docket.

“Fortnite and Rocket League already have tons of features we’d love to bring to Fall Guys—account systems, cross-play, squad vs squad modes, etc,” reads the FAQ. “We’re going to work hard on bringing more of these features to Fall Guys too!”

Mediatonic CEO and co-founder Dave Bailey echoes this in an interview with GI.biz in January, explaining that the studio would turn to adding cross-play after the game was available on more platform. Currently, Fall Guys is only out on PC as well as PlayStation consoles, with ports coming to Xbox consoles and Nintendo Switch later this year.

“We want to come to all the different platforms, and hopefully connect those platforms so people can play together,” Bailey said at the time. “If we do that right, that can be a superpower for other ambitions around original games and that publishing business, too. It’s really propelled everything forward by quite a bit.”

Another question: will the game also go free-to-play?

Like Fortnite and Rocket League, Mediatonic’s hit multiplayer extravaganza could adopt a free-to-play model at some point down the line, although the studio said it had “nothing to announce right now” at the time of the acquisition. There’s precedent here, though. After the massive success of Fortnite‘s free-to-play battle royale mode, Epic was keen to transition Rocket League to a similar model last year.

Fall Guys‘ emphasis on microtransactions and cross-promotional events with other franchises makes it the perfect candidate for the free-to-play model. In fact, Epic may see more value in offering Fall Guys for free to as many users as possible, while charging a few bucks a pop for the inevitable Marvel/Star Wars/DC skins and courses that are likely destined to appear in the game eventually.

We’ll keep you updated as we learn more.