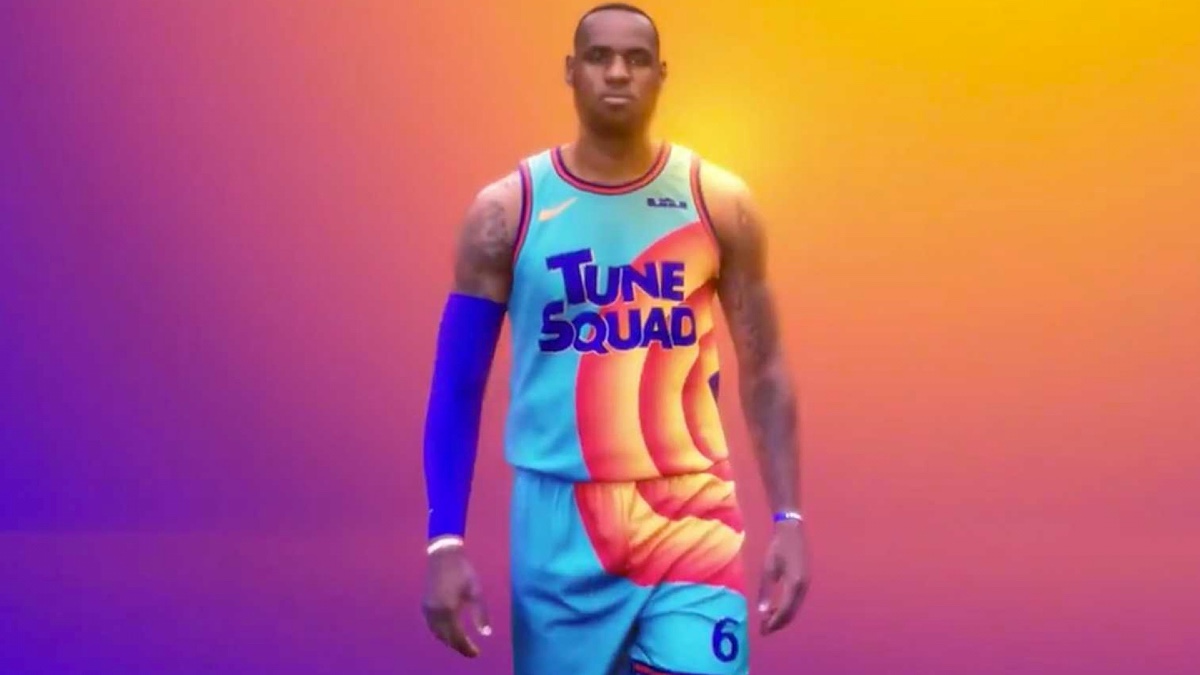 LeBron James, currently the greatest basketball player on the planet (all differing opinions, feel free to be mad and wrong in the comments), is gearing up for the release of his highly anticipated upcoming film Space Jam: A New Legacy. James recently spoke with Entertainment Weekly about his team-up with the Looney Tunes, a follow-up to the massively successful original Space Jam, which starred then-greatest player Michael Jordan and earned $230 million at the box office, spawned a billion-dollar merchandise empire, and inspired a soundtrack that went six times platinum.

In an interview with the magazine, James, director Malcom D. Lee, and producer Ryan Coogler spilled all sorts of details about the film, which is slated to be released theatrically and on HBO Max simultaneously on July 16, and they sound, well … looney. The movie finds James drifting through some of Warner Bros. most famous IP like Batman, King Kong, Mad Max, The Matrix, Wonder Woman, and Casablanca, similar to The Lego Batman Movie.

What’s not silly is the film’s emotional through line, which Lee and Coogler have said will go much deeper than the original Space Jam.

“The general idea was the examination of Black fatherhood and how fatherhood could be unique to LeBron James specifically,” Coogler says.

In the movie James, playing a heightened version of himself, struggles to relate to his youngest son Dom (Cedric Joe), who is more interested in creating video games than basketball. Dom’s tech skills catch the attention of Al G, and Dom and his father are soon sucked into the Warner 3000 entertainment “Server-verse,” with Al G kidnapping Dom.

“There are parents who want to push their kids to do certain things because this is what they do,” James, a father of three, says, “but sometimes you have to look into a kid and be able to have an open mind and ear to help them become the thing they’ve dreamed of.”

“We go deeper and attempt to tug at the heartstrings,” says Lee.

Of course, since the Internet is the Internet, reaction to one particular bit of Space Jam: A New Legacy news was anything but wholesome. If you’re wondering why “Lola Bunny” was trending for a bit on Twitter during the day, it’s because in a separate EW feature, the film’s director Lee addressed the uh…”very sexualized” depiction of the original movie’s Lola Bunny.

Lee assured EW that the sequel reworks Lola into a less salacious version of a basketball playing cartoon rabbit (as one does), saying “This is 2021. It’s important to reflect the authenticity of strong, capable female characters.”

Naturally, the Internet responded to the news that the girl rabbit wouldn’t be as hot anymore with the utmost maturity and rationality. Look through the Lola Bunny hashtag at your own peril but for now allow this to sum up our thoughts.

Hot rabbits aside, LeBron James has been compared to Michael Jordan every minute of his basketball career, and will now invite those comparisons by trying to follow in his footsteps and breathe new life into the Space Jam franchise. Will it pay off? Right now, it’s uncertain, but we wouldn’t bet against The King.

Check out the EW feature for the first round of official photos from the film. Space Jam: A New Legacy will premiere in theaters and on HBO Max on July 16.